Blog - Latest News
You are here: Home1 / Article Archive2 / Opinion3 / AvGeek is the worst buzzword ever and is damaging aviation 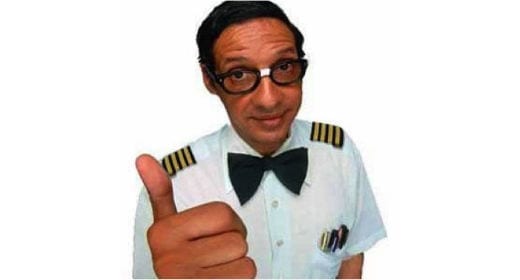 Let’s start off with a really quick exercise in reality. If you’ve ever tweeted the hashtag #avgeek, I want to you to exit your World of Warcraft game, put on some pants, slowly climb those steep, dark stairs out of your mom’s basement and quickly make your way to the nearest video store and pick up a VHS copy of The Right Stuff. Now watch the movie in its entirety and report back to me how many pilots would not punch you in the nose if you called them an avgeek.

Who are you calling a geek?

OK, good. You’re back and I already know the results of your report. Zero. There are zero pilots from the movie The Right Stuff who would not punch you in the nose.

In all seriousness, we can discuss the definition of avgeek all day long. Sure, it just represents a fanatic desire for all things aviation. To “geek out” when you see your favorite airplane fly by. To take so many pictures planespotting that the TSA thinks you are of questionable repute and asks you to leave the premises. The Urban Dictionary puts it simply: “Someone who has a love for planes/aircraft.”

These are good things, and good for the future of aviation. We need inspiration for young aviators and a growing camaraderie and sense of community for budding pilots. The problem lies in the context. Geeks are not inspiring, test pilots are. Bold risk takers and game changers are what excite people. But “risk” has become taboo in aviation and we all huddle around in our cute little avgeek community that nobody on the outside thinks is cool. We are building a wall of just geek to everyone on the outside.

While taking undue risks in the cockpit is understandably frowned upon, there will still be risks nonetheless. While these risks must be managed, they have the opportunity to excite and challenge. Risk can be used as a very positive motivator because once overcome, it results in a great deal of personal satisfaction.

And outside the cockpit, sometimes the real risk these days is just driving through the barbed wire gates that surround the local airport. Sometimes it’s risky to save your money to go flying instead of buying a PS4. Prospective pilots need to know that risk is acceptable and encouraged or we’d never leave the ground. It takes courage to take a risk no matter how minute, but few would be willing to take the gamble if the reward is to be labeled a geek.

In the age of facespace and mybook, texting and twittling, a virtual demographic would seem to demand techie marketing. The difference is that aviation is reality, it’s hands on–and it’s an opportunity to put hipsters, millennials and Gen Y or X in touch with real life and escape the screen. Aviation is the untapped potential that the next generation hasn’t realized is accessible.

Is this the image we want to project?

The real issue is that we need young people to buy into aviation. It’s all well and good to get kids enthusiastic and keep their eyes to the skies, but until they invest in flight training, aircraft and aviation products, the pilot population will continue to dwindle. That recent high school/college grad with student debt looming is not going to spend their little bit of disposable income to be a flying geek.

How to market aviation to a new generation has been an ongoing debate and it’s a tough question to answer. Aviation doesn’t have brand loyalty, multi-million dollar marketing, or famous football commercials. Aviation isn’t a household name that every household can relate to, so we must use the tools to which we have access.

While social media tactics are what need to be used to reach today’s consumer, these tactics need to be used to their full potential and not squandered on cute little cliches. The biggest barrier with using tools like Twitter, Facebook, and other social media outlets is that they are crowd sourced. There isn’t one major corporation as a driving force changing the paradigm of aviation perception. So unless we all can get behind a change we can believe in, the status quo will remain.

Aviation is an elite community, but it doesn’t have to be exclusive and it surely shouldn’t portray a pocket-protector toting, four-eyed, suspender-wearing nerd with epaulets. Expecting #avgeek to trend with the likes of #justinbieber and #ipadgames is an exercise in futility and a disservice to the community. From now on I will commit to exchanging #avgeek with #avbadass until the trend changes, and so should you. 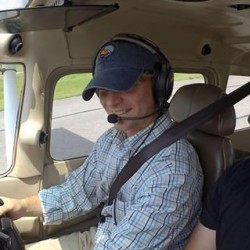 Chris Clarke
Having a childhood dream of aviation, Chris first became an Aviation Explorer, motivating him to earn his private pilot's license as a teenager.During his four years at Embry Riddle Aeronautical University he earned his commercial, multi-engine certificate with an instrument rating.While experimenting in seaplanes, gliders, and a variety of other personal aircraft, Chris developed a passion for general aviation and shares that passion as he develops aviation training apps and content for Sporty's Pilot Shop.

The Skycatcher’s death proves the LSA rule is a failure

Go or No Go: Texas storms
Scroll to top