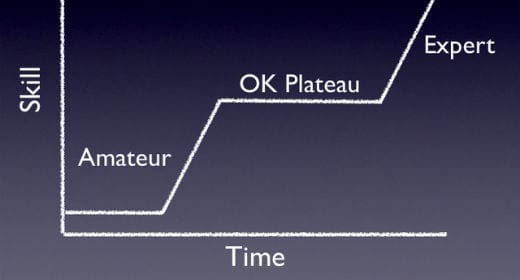 How to be a better pilot

March is recurrent training month for me. Every year I complete a flight review and insurance audit in the helicopter I fly most often, plus a flight review and instrument proficiency check in the airplane I fly most often. It ends up being a bit like final exam week in college, as I furiously study POHs, practice maneuvers and generally knock off the rust. The end result is I go into peak flying season sharper and more confident–it’s a great feeling.

There’s a tendency to simply check the box when it comes time to do recurrent training like this, as if we’re going to the dentist and the goal is simply to get out alive. Some of us stretch that flight review to the maximum 24 months, hoping it will go away. I’ve been guilty of that mentality in the past, but recently I’ve worked hard to make these training sessions valuable and something to look forward to. Why? Since I have no desire to add additional certificates or ratings, my only goal for the rest of my “flying career” is to be a better pilot.

But everyone wants to be a better pilot; how do we achieve that goal? “Fly more” is common advice, and it’s certainly a good start, but it’s not enough just to get in the air. Besides, with avgas at $6/gallon or more, “fly more” usually means “spend more money.”

So the real question is: how do we become better pilots in the most efficient way? Fortunately, the past decade has seen a boom in the science of how people learn and improve their skills, and I don’t mean self-help books filled with empty cliches. Real studies have reached real conclusions about how humans get better. This research has much to offer pilots.

The first lesson from social science is that practice isn’t enough–flying more hours doesn’t automatically make you a better pilot. The “10,000 hour rule,” which suggests that you must practice for 10,000 hours before becoming truly great at something (playing the violin, chess, sports) has become very popular over the past few years, but it’s at most half the story. In reality, the quality of those hours matters a lot more than the quantity. Experts practice a lot, but they practice very intentionally, with a laser-like focus on improving specific skills.

Easier said than done, but it’s the key to becoming better at complex tasks.

Golf legend Jack Nicklaus famously said there’s a big difference between hitting a bucket of balls on the driving range and improving your golf game. The same is true for pilots. Spending a lazy afternoon chasing the $100 hamburger is fun, and something we should all do, but it won’t make you a safer pilot. A better approach is to pick something specific to improve–zero drift in a crosswind landing or precise airspeed control within 5 knots–and focus on it during that $100 hamburger run. When you get back, maybe take an extra 10 minutes and shoot some landings before putting the airplane away for the day. It doesn’t have to be extravagant.

In fact, it doesn’t even have to involve flying. If you’ve decided to focus on improving your interpretation of weather reports, you can practice this every day from the comfort of your couch. Get a weather briefing, plan a flight and consider what you would do. If you need help getting started, check out our Go or No Go series of articles.

Focus is easier said than done, of course, especially with all the distractions of modern life. Some researchers even think technology is rewiring the way our brains work and reducing our ability to focus on a single task for extended periods. The best way to combat this lack of focus is to plan each flight ahead of time and review each flight after you land. If your only goal is to get from point A to point B, it’s easy to fly pretty casually and without any focus. Not so if you decide ahead of time which skills you want to emphasize, set specific measures for your performance and then grade yourself. I use my drive home from the airport to debrief, and I’ve found this to be a valuable habit.

Make no mistake: it does take a lot of practice to reach elite levels of performance. So even with the best plan and intense focus, you can’t expect perfection after a few hundred hours. But as any freight dog will tell you, 100 hours of single pilot IFR is worth 1,000 hours of flying around the pattern on sunny days. Flying with a purpose and attention to detail does pay off.

Just don’t go overboard. The goal is not to remove all the fun from flying, but rather to get more out of the flying you’re already doing. Good pilots do not have to be humorless, boring people–don’t fall into that trap.

Practice is important, and obviously practice that is focused on improving a specific task is even better. But that’s still not enough to be a great pilot. After all, how do you know what to focus on in the first place? That’s where the role of a mentor comes in.

It’s hard to seek out criticism, but it’s important.

Many of us have people who helped get us started in aviation and all of us probably viewed our first flight instructor as a mentor. That’s because a mentor is almost essential to finding success in aviation. There’s simply too much to learn all on our own, so our industry and our human nature encourage us to seek out more experienced pilots. The same is true with musicians, athletes and writers–think of how often you hear about a musician who “studied under [insert famous teacher].”

Who have you studied under? If you’re too proud to be able to name someone, that’s not a good sign.

I’ve had many mentors in my flying career, some of whom seemed to dispense five hours of instruction for every one logged. Not all of them were great friends, but that’s not the role of a mentor. Recently, I’ve found an instructor who is a real expert on the airplane I fly and knows what type of flying I do. The two day flight review I do with him every year is not about checking boxes, it’s about addressing my specific weaknesses and pushing me to improve. He’s also someone I can call anytime I have a question throughout the year; a mentor is not a once a year relationship.

But some pilots don’t like being mentored, viewing it as a sign of weakness. That means they never have a second opinion to consider once they pass their private checkride, which should be a scary thought. Here’s a mistake I’ve seen an acquaintance of mine make many times: when it comes time for the flight review, he seeks out the “easy flight instructor.” He has no interest in pushing himself or finding a mentor who could raise his skills to the next level. Instead, he’s just looking for a signature in a logbook.

It’s far better to find an instructor who can become a real mentor, someone you can rely on beyond flight reviews and logbook endorsements. This has to be an honest relationship, where you feel comfortable admitting your weaknesses and the instructor feels comfortable challenging you when you’re overconfident. A person like this can make you a better pilot, because he can tell you what to focus on. Science has proven that we’re not very good at recognizing these things on our own–be secure enough to ask for help.

Don’t get too comfortable

Finally, we have to find a way to keep improving and prevent ourselves from settling for “good enough.” Scientists who study human learning call this the “OK plateau:” once we’ve reached some basic level of competency, we tend to go on autopilot. That’s great for things like brushing your teeth or tying your shoes because it conserves energy, so there’s a very valid reason for our brains to work this way. But it’s a force we have to actively fight against in order to be better pilots.

Be careful of the “OK plateau.”

The best way to avoid the OK plateau is to embrace a little discomfort when you train. No pain, no gain turns out to be true for pilots just like it is for athletes.

Step one is to seek out critical feedback (see mentors, above), but unfortunately humans are terrible at this. We have tens of thousands of years of evolution to thank for such reluctance, but pilots can be particularly bad. We’re often successful and driven people, so we don’t often fail or get criticized by strangers. We also like to be in control, which is just about the exact opposite of feeling uncomfortable.

Making yourself uncomfortable does not mean scaring yourself in an airplane by doing stupid pilot tricks. It does mean moving beyond the usual maneuvers and the tasks you know you do well. Add a new rating, get a tailwheel checkout, take an aerobatic flying course or pick a new instructor to fly with. At the very least, don’t accept PTS standards as good enough.

It’s also about having the right attitude. Even the best pilots have weaknesses, so all of us should fly with some humility and curiosity. If you feel yourself getting really comfortable in the cockpit, you’re probably on an OK plateau and losing momentum. Don’t let that happen–your “flying brain” is a muscle that has to be exercised.

Some pilots might find all this to be a bit overblown. If you can pass the checkride and a flight review every two years, why spend so much time focusing on getting better? The optimist’s answer is that challenging ourselves and improving our abilities is one of the main reasons we learn to fly. There’s nothing more invigorating than learning something new, pushing to get better and achieving those goals. You’re short changing yourself if you don’t try to improve.

The pessimist case is more practical: being a better pilot could keep you from killing yourself or your passengers. The general aviation accident record isn’t great, and the people who crash airplanes all passed that checkride and most were legally current. Safe and legal just aren’t the same.

The cynical (dare I say realistic?) perspective is that we all need to do a better job or the FAA might decide to “help us out” by slapping new restrictions on personal aviation. None of us want that, so get flying–but do it with a plan in mind.

Debate: is there a pilot brotherhood?

Building a career by believing in your dream
Scroll to top