Blog - Latest News
You are here: Home1 / Article Archive2 / Special Report3 / Brighter days ahead? Depends on how bright you want it… 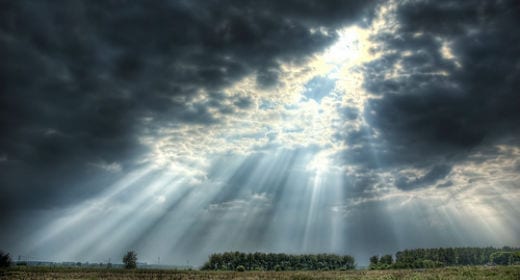 Those first rays of sunshine after a storm passes are a welcome sight indeed. There is hope and the promise of better things ahead. Is there any chance that general aviation could be about to fly into clearer weather?

It depends on what you wish for. The heyday will not likely return. When you consider piston airplanes that are used for transportation (140 knot or better cruise), the general aviation industry produced 7,889 of these airplanes in 1979. They are currently being built at a rate of 652 per year. You might say that we would almost be starting from scratch in trying to get back to that heyday.

In discussions on this, cost is often singled out as the number one deterrent to future growth. There is no question that flying is expensive but then it has always been expensive and will likely remain so. Cost has to be put into context and compared with what is out there today, not with what it was decades ago.

Airplanes are more expensive today, but so are houses and a lot of other things.

It is often noted that the cost of airplanes and flying have gone up way faster than inflation. I like to look at personal experience as a way of judging things like this so that’s what I am going to do here.

You know what is coming next but I am going to do it anyway. If you apply the math of the house values to the airplane, my trusty P210 would cost $1,146,150 today. A new Piper Mirage lists for $1,078,875 and it is a somewhat fancier and more sophisticated airplane.

I can hear the “yes buts” echoing through the Air Facts ether and I will acknowledge that this is just one example and that numbers can be developed to show that when compared with some other things, flying has gone up relatively more.

That is beside the point, though. What counts is that twelve times as many pilots figured out how to afford a piston airplane for travel in 1979 as will in 2013 and the population base was substantially smaller then. And, relative to houses in populous areas, airplanes don’t cost any more now than they did then.

This doesn’t have anything to do with wealth, either. The Dow average is twenty times higher than it was for most of 1979 when pilots were buying all those fancy airplanes. There is plenty of money out there to use in buying airplanes but it is quite obviously being used for the purchase of other things.

This puts perceived value high on the list of culprits. People must have put a lot more stock in “being there” in 1979 than they do now. An airplane was seen as keeping you in close personal touch, whether for pleasure or business. The “magic carpet” image of the personal airplane must have vanished.

Some of the other things that have affected general aviation simply can’t be fixed. Most relate to demographics.

In 1979 there was a legion of pilots who learned to fly during WWII and on the GI-Bill after the war. They bought a lot of those airplanes and virtually all those pilots are finished with flying now. They can’t be replaced.

I have watched and participated in a whole bunch of learn to fly promotions. One of my favorites was “Discover Flying” where they painted airplanes in Howard Johnson’s colors, presumably to make flying look friendly. (HoJo was a lot of things but to young people it was ice cream. They advertised a whole bunch of flavors and they were all good, believe me.)

Despite numerous industry efforts, the number of active private pilots is in a steady decline.

The programs met with limited success. Some other promotional programs were also tried. For one, I taught Hugh Downs, host of the “Today” show to fly. We ran nine segments on the show, one for each hour before solo and one as a wrap. Cessna sponsored that and also gave Johnny Carson of the “Tonight” show lessons. Hugh kept up with his flying and there were many favorable mentions on his show. I have no idea whether or not any of that translated into new pilots or airplane sales but I would imagine most folks saw the flying segments as entertainment and were not motivated by them.

Many of the promotions were done well before general aviation started over a cliff in 1980 which just goes to show that at least some people foresaw future trouble unless we could get a new breed into flying.

The point is that over the years we tried hard to interest affluent people in flying yet the numbers dropped precipitously and nothing we did slowed that down. I won’t say it was all my fault but my generation was simply unable to maintain the health of the general aviation industry.

Many years ago the naysayers pointed out that with advances in communications technology we might be able to do face-to-face meetings electronically. That came true and could be a factor. So did lower-cost airline travel and much more competition for disposable income.

Finally, on demographics, we used to talk about people being “air-minded.” That meant they were interested in and supportive of some or all forms of aviation whether or not they were participants. There is no way to know for sure but I would bet that the percentage of the public that is “air-minded” today is minuscule compared to what it was in the 1950s to 1970s.

Many who complain about the cost of flying seem to feel that the cost of flying should be made to fit into their budget. It sure doesn’t work that way with flying or anything else. When we see something we want the first thing is to find out how much it costs. The second thing is to make ourselves able to afford it or to do without. That’s just the way it works and the only way we can grow flying is to convince people who have the money that it is worth the money. That is a tall order.

So where do we look for brighter days?

In the good old days, airplane manufacturers were family businesses, owned by the likes of Walter Beech.

Back in the good old days general aviation airplane manufacturing was a cottage industry. The names on the buildings were also the names on the office doors. What we used to call the Big 3, Beech, Piper and Cessna were actually family businesses. (Don’t ask me why we named those companies in that order. I have no idea, but we did).

Those families had the most at stake in the development of the company. I remember looking at the prototype Cessna 310 when it was being built. Word was that Dwane Wallace, president of Cessna and nephew of the founder, was betting the company on that airplane. They said the same thing about the Citation when it was in development. The same thing happened at Beech and Piper as the companies set out to build an airplane for every purpose.

The capital requirements to start a new airplane company today would be beyond most families or investor groups and any study of the history of the financial performance of the activity would suggest psychiatric treatment instead of investment. Still, on a very basic level, it could start over just like it began. Van’s is offering its highly successful line of kits and is moving into completed airplanes. Many of these airplanes are imminently suitable for personal transportation. Lancair is also marketing kits with spectacular traveling performance. There is even a turboprop single in their mix.

For fun flying, the two Cub knock-off manufacturers started small but they seem to be doing some business. The light sport airplanes are also out there but they don’t seem to have attracted a great following. Still, all these things, and some others, could be the acorns from which a new generation of mighty oaks could grow. Certainly the only part of general aviation that will grow with just large corporations building airplanes will be the upper end turboprops and the jets, the truly expensive stuff.

Wherever we go from here, the going will be slow.

In the meanwhile, we have to keep trying although much of what is being done has been tried before without success.

Could high performance experimental airplanes like the Lancair Evolution be part of the future?

There’s little or no potential for reducing the cost of airplanes simply because there is not much volume and they are handmade. Actually the airframe itself usually only represents 25-percent of the price of an airplane so any reduction in airframe cost would do little for total cost.

One thing that might help some on cost would be a modification of the “FAA-approved” charade. I have always thought that calling airplanes “experimental” or “homebuilt” was misleading and that most all the kit airplanes should be available for purchase in a completed form with only basic requirements. That might help a little. So might the simplification of approvals for avionics, engines and parts. So much of what is “FAA-approved” today is of poor quality so there’s not much downside here.

Those things would likely just nibble at cost and might not make a big difference but they could also help.

The biggest challenge remains to sell folks on either the value of purposeful personal transportation or of the great enjoyment that is available in recreational flying.

I have offered this thought before but will serve it up again. Most people who fly do thoroughly enjoy the challenges found in whatever kind of flying is being done and feel the money is well-spent. To me the best sales pitch is to offer flying as something that offers a challenge and then ask the question: “Do you have what it takes to be a good pilot and are you successful enough to afford flying?” The cost and nature of flying makes it an elitist activity so why not sell it as such?

An old story that happened yesterday
Scroll to top