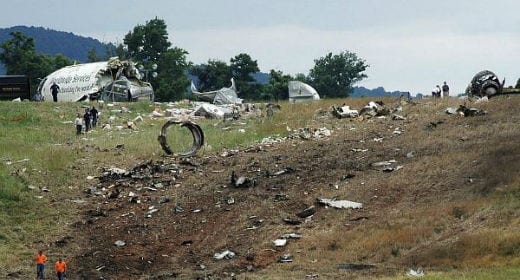 Our blog on the Asiana crash got a lot of comments, 99 at this writing. There were a lot of different opinions on why the crew was unable to fly a successful visual approach on a clear day.

The discussion is interesting, educational and civil. Reading it gives a peek into the minds of a lot of different pilots.

Can we prevent crashes like this with more technology or more training?

On what you might call the far left are the folks who say that more technology is the answer and that the greatest potential for safer flying would come from eliminating human pilots and letting high-tech do everything. On what you might call the far right are those who think you deserve to bust your butt if you can’t fly by the seat of your pants. A lot of comments are between those two extremes and there are many constructive thoughts.

One thing that always amazes but never surprises me is how some people want to blame an accident like that on the airport. Yes, the approach was over water, and, yes the glideslope was out of service, but neither of those facts were a secret and the nature of piloting is such that things like that have to be dealt with. If you want to say an approach is dangerous because it is over water, what do you say about the approach at Telluride, Colorado? Airports are what they are, there for the taking or leaving.

To show that things do happen in threes, there have been two more high-profile accidents on visual approaches since the Asiana crash. These accidents are equally thought-provoking and offer more lessons to learn.

The NTSB probable cause on any of these accidents won’t be out for a year or more. Much of what is included in this discussion comes from sources other than the NTSB. The object is not to judge but to try to learn something while the events are fresh in mind.

A turboprop Twin Commander was cleared for an ILS approach to Runway 2 at New Haven, CT. The ceiling was about 800 feet; one report said there was some rain, and the visibility was said to be five miles. The wind was out of the south at 12 knots with higher gusts.

It was widely reported that the pilot requested a straight-in landing on Runway 2 but that the controller told him to enter on a downwind for runway 20, which does not have an instrument approach.  The NTSB did not include this in the preliminary report.

The ceiling was right at minimums for the circling approach.  That constitutes a demanding time for a single pilot flying a complex and relatively heavy turboprop twin. The demands could have consumed the pilot’s concentration because the airplane apparently departed controlled flight and crashed into a house while circling. It had every appearance of a low-speed loss of control.

Back up to the ILS approach and the pilot’s reported request for a straight in landing. It would have meant a downwind landing which is also a demanding maneuver. The amount of downwind would have been in excess of the ten knots that is considered for most Part 23 airplanes. Airliners under Part 25 are sometimes certified for more than ten knots downwind but some airlines set the company maximum at less than the certified value.

Would a straight in ILS to runway 2, with a downwind, have been safer than attempting to circle?

I think a request for a downwind landing instead of a circle at minimums would be an appropriate effort to minimize risk in this case. The risk on the downwind landing might be a trip off the end of the runway though the runway was just over 5,000 feet long and that should have worked for an airplane with strong brakes and robust reverse thrust.

You have to wonder if the controller would have allowed a straight in landing if the pilot had been more aggressive in seeking approval. The pilot could have invoked the “E” word and done whatever he wanted but that hardly seems appropriate.

Two people were lost in the Commander and two lives were lost on the ground. I would bet that before all is said and done the FAA will part with a big chunk of taxpayers’ money on this if indeed the pilot requested to land straight in,  the controller wouldn’t approve it, and there was no traffic reason for the disapproval.  If the pilot did make this request, I don’t know why the NTSB did not mention it in the preliminary but it wouldn’t be the first time the NTSB covered for the FAA.

The third accident was the UPS crash at Birmingham.

The crew was making an approach to Runway 18. The longer runway that is normally used was closed for maintenance. There is only a localizer (and GPS LNAV) approach available for Runway 18. That was the most expeditious approach for the direction from which they were coming. The wind was relatively light and at the investment of a little extra flying they could have flown the ILS to Runway 36.

There is a hill north of Runway 18. Looking at it on the chart doesn’t suggest a big hill out there but I have taken off on Runway 36 on a hot day and examined that hill closely while climbing out over it.

Everything was functioning properly and the airplane was being flown through the autopilot until one second before impact. The crew had reported the runway in sight so they were likely flying visually.

They got a sink rate warning a number of seconds before impact, but it is not clear whether it was a one-time or a continuous warning.

It appears that they descended into terrain, on a downslope, while flying wings-level at the correct airspeed.

The approach was over an area without a lot of ground lights and there was a well-lighted area (including the airport) up ahead. This could have created an illusion of greater than actual height though a PAPI was available and operational and should have given a visual clue that they were too low.

There is a history of premature arrivals on night visual approaches so this accident goes onto a long list.

To me, these three accidents favor the arguments that we need more emphasis on basic flying skills. Two appear related to judging actual height above the ground when operating visually and flying a safe approach without electronic guidance and one to basic flying technique. One might have related to a controller refusing a pilot’s request for a different runway and two to crews failing to request a different runway, one with an electronic glideslope.

These are complex matters that we all need to think about. The folks on the far left who want complete automation are for something that is not likely to happen any time soon. That means they will have the luxury of not being proven wrong right away. The anti-tech folks should get over it. We are not going backward in this area and the ever-present challenge will be to make the most of the pilot/technology interface. Quite obviously that is not currently being done very well.