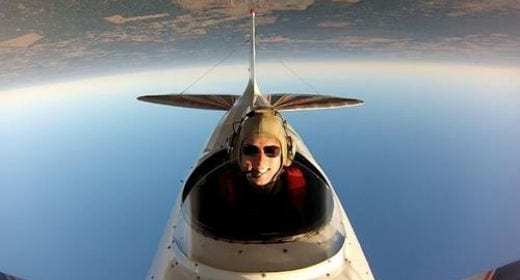 It’s okay to admit it: we all have a list of certain tasks on a worn-down piece of paper shoved in our drawer named “Aviation Bucket List.” We have it handy for the future when we can go seaplane flying in the Alaska bush or take a Pitts Special and wow a crowd at show center in an airshow. We want to pull full afterburner in a fighter jet, and fly a 747 all the way down to minimums. It’s human nature to always have a bigger and better dream than the current one you’re living, and I am here today to tell you that you are not alone.

Becoming an airline pilot is a dream for many young pilots, but don’t get too focused on it.

Like most, we young aviators start flying lessons with a simple and determined goal in mind. For me, it was to fly for a major airline someday and travel the world day in and day out. I would venture to guess that many also had the same passion, as did I when I was at the tender age of 15.

However, something very magical happened to me during my initial flight training. That magical feeling I later learned was what we call General Aviation. I had never known there were so many different avenues and adventures in aviation, and was suddenly refreshed and excited by the choices I had. No longer was it airlines or nothing. It was now airlines, corporate work, crop dusting, helicopter tours, and many other intriguing job titles.

I quickly realized that I was also creating my very own aviation bucket list. All these adventures and flying goals were piling up and it began to overwhelm me. I thought to myself, “How do I choose the right one when I love the idea of them all?” This was the moment I realized I was asking myself the wrong question. You should never ask yourself what to choose and what not to choose when it comes to experimenting in the general aviation world. You should only ask yourself: “In what order should I go after these adventures?”

Too often I see pilots do their jobs day in and day out with little to no excitement in their faces when they step out of the airplane. I promised myself early on that I would not allow myself to become one of those pilots.

What if today you had cheesecake for the very first time? You try the good ‘ole fashioned plain kind and you realize you loved every bite of it. Would you only have the plain flavor from now on? Or would you branch out and try new cheesecake flavors? The same thing goes for flying. Are you going to go through life always flying the same old point A to point B “plain cheesecake” flying, or are you going to spice it up and fly aerobatics, tail wheels, maybe even helicopters, or any other form of flight you have secretly dreamed of doing?

Don’t settle for the same old flying routine – mix it up!

Don’t get me wrong, I enjoy flying a Cessna 172 around the pattern just as much as the next private pilot, but when we have one life to live on this earth, I see it as foolish to not attack your aviation dreams and make them a reality. I challenge you to go in your drawer and pull out that bucket list, pick the one you most desire and make it happen. Yes, logistics may be difficult, but the experience and the life-changing opportunity far outweigh the cost of the trip or the commitment of the rating.

I believe Henry David Thoreau said it best: “What you get by achieving your goals is not as important as what you become by achieving your goals.” I know that because I follow my aviation dreams no matter how crazy or difficult they usually are; it has given me life-changing moments that I will cherish my entire life. I beg you to do the same and discover things you never knew you were capable of doing. Maybe build your own airplane, or transition to glass avionics. Sky dive, or try out paragliding. Whatever it is, don’t let the plain cheesecake pilots get you down, rather have them join you!

Get out there and try something new, something exhilarating, or something that perhaps is a fear! Don’t get stuck eating plain cheesecake all your aviation career; come join me as I try some double chocolate cheesecake and maybe, just maybe, we will change the general aviation community for the better in the process. 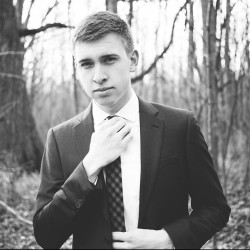 Ian Hoyt
Ian Hoyt is a private pilot who resides in Columbus, Ohio. He currently is the owner of an aviation focused creative marketing agency called Wilbur. In his spare time he loves to fly, slowly build is Vans RV8 aircraft, and spread the love of aviation with fellow pilots on his aviation focused blog (pilotian.com)

A flight well flown: you be the judge