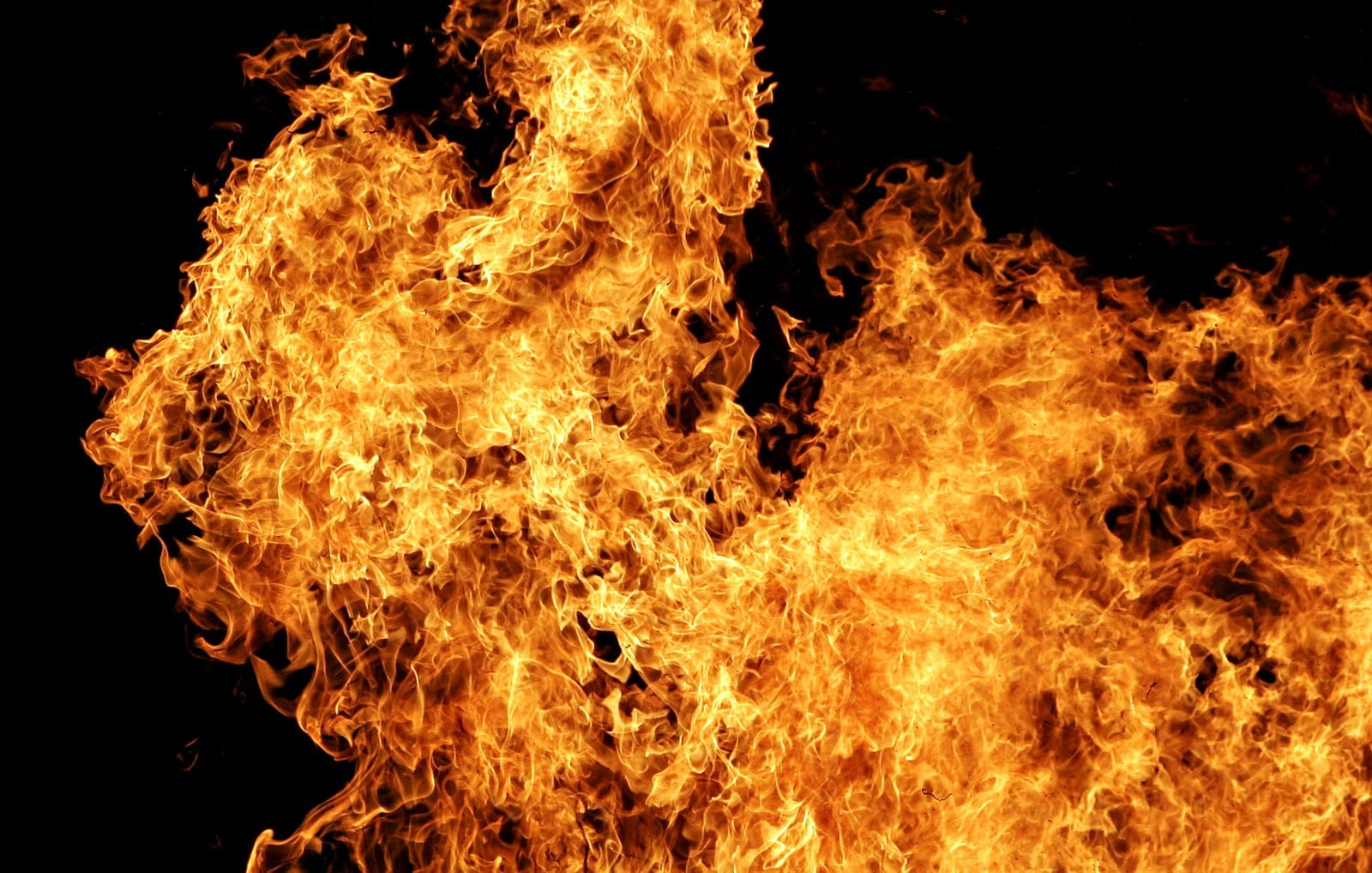 Wispy smoke begins streaming around the cowling and quickly thickens. Fire! I’m alone in our Cessna 180. My adrenaline flow redlines. After a few seconds considering my options, I turn the master off, grab a piece of equipment, push the left door open, and jump. No parachute.

No parachute? Didn’t need one. The 180 was sitting in front of our hangar on the South Line at Cincinnati Lunken. It was a crystal clear, frigid, don’t-lick-any-metal- flagpoles Saturday morning. I had intended to warm up the engine while waiting for my partner to return after he drove off to retrieve something from another hangar. Our mission of the day: Find the $100 hamburger. This was way before Sporty’s free Saturday hot dogs.

In a heartbeat, my good intentions had produced the most dreaded word in aviation: Fire! My mind went into that hyper-speed thing where time is measured in nanoseconds. Probably a stack fire, I say to myself. Crank the engine to suck up the flames.

But another voice in my head cried, What if it’s something else. Something that could be worsened by cranking the engine. But what? Electrical?

Question: When was the last time you practiced recognizing and extinguishing stack fires? How many of you have ever gone to the airport saying, “Today I’m gonna start a stack fire and practice putting it out?”

We practice engine failures ‘til we’re blue (or green) in the face, but I don’t know anyone who practices stack fires. We’re instructed as to the likely cause of stack fires and what to do if we have one. But we don’t practice them.

On that icy blue morning, I had pushed the primer a couple of times and cranked the starter. No start. Well, maybe a little more prime will do it, I erroneously thought. Still no joy on the second try. But then the smoke starting curling up around the cowling.

We all know the drill for a stack fire. Seems pretty simple when you’re sitting at home in your comfy chair reading about it or when your instructor holds forth in the FBO office. “Just keep cranking the starter. It’ll suck the flames back into the engine.”

Simple… IF it is a stack fire. But was my fire a stack fire? Lots of combustible things under that cowl. Could engaging the starter make it worse? Perhaps irretrievably so?

“Hey, dummy,” you say. “It’s a cold morning. You over-primed the engine. You have a stack fire. What else could it be? Crank.”

Odds are you’re right. But I didn’t feel like playing the odds that morning when losing the bet could possibly destroy the airplane.

The nanoseconds were ticking and the smoke was thickening. I knew what to do IF it was a stack fire. But I didn’t know how to positively recognize it as a stack fire versus a fire of another origin. Is it like watching the Vatican chimney? The color of the smoke? It was a classic set-up for a stack fire, but I’d never seen stack fire. Could cranking make things worse?

My gut tightens, and I say to myself, “Probably a stack fire. I should crank. The fingers of my left hand press against the starter switch key with almost, but not quite enough, pressure to engage the starter as I debate with myself. I glance at the Ammeter. Nothing abnormal. And no circuit breakers popped.

The checklist says to keep cranking–would you?

A lifetime of five seconds or so had passed since the smoke first appeared. Decision time!

“Crank”, you are screaming. “It’s a stack fire.” Easy to say if your chair doesn’t have a nose emitting smoke.

The nanosecond clock ticked on as the smoke billowed. Crank – and take what was a small risk that doing so would make matters worse, or grab the fire extinguisher and exit the airplane? I took the one-plan-fits-all approach and unstrapped the extinguisher from the floor between the front seats before exiting the aircraft.

I liberally applied the foamy white fire suppressant material to the stacks and engine compartment. I was not careful where the stuff went. I had only one thought: PUT OUT THE FIRE! Deal with collateral damage later.

As it turned out, you were right. It was a stack fire. And fortunately the engine was not damaged by my inexperience with stack fires and fire extinguishers.

It’s stack-fire season. Picture yourself after a failed start attempt on a frosty morning. Smoke starts curling up around the cowl. To make matters worse, your family is in the airplane with you. You have only a few seconds before someone yells, “Fire!”, and general panic ensues.

Abandoned airfields: history in our midst