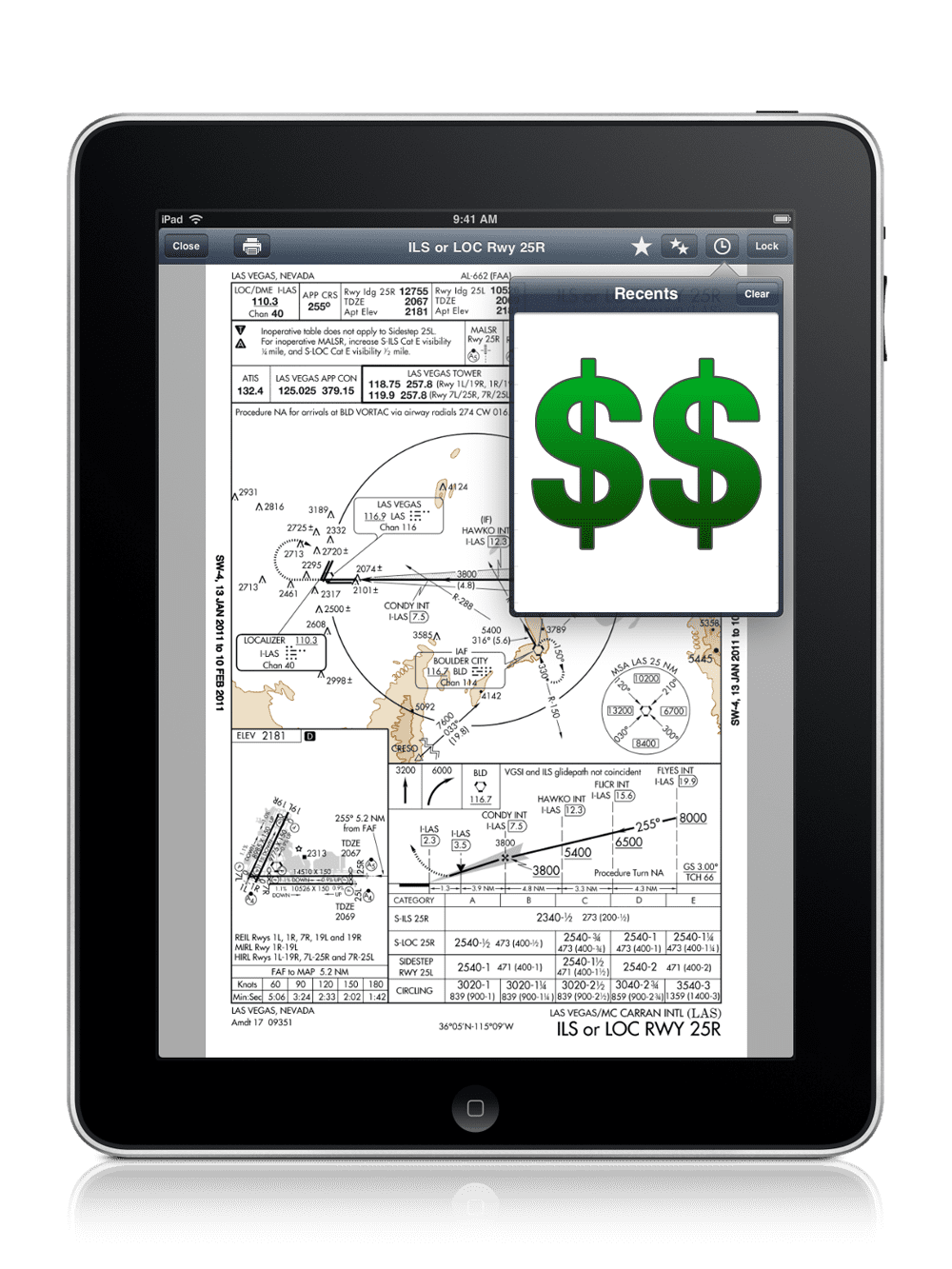 The iPad has taken aviation by storm over the past few years, with pilots of Cubs and Gulfstreams alike using Apple’s tablet for pre-flight planning, charts and even in-flight weather. One of the most popular features of the iPad is how easy and affordable it is to always have current charts on board–no more dreaded Jeppesen update sessions or $1000/year subscriptions. For under $100, pilots can have every chart in the US, and update it with the tap of a button.

The ease of use and good value has led to a growing market for aviation apps, one of the bright spots in an otherwise weak market. But the FAA seems to think all these apps are a threat to their paper chart business, and are thus making noises about charging for the charting data that has been free for the past decade. Beginning late last year, AeroNav (the FAA group that produces and manages aviation chart data) started warning app developers that previously free data was going away unless these developers signed agreements and began paying on a per-user basis. The plan was supposed to be enacted this past Spring, but was delayed due to lobbying by some aviation app developers that resulted in Congressional action. The FAA is still intent on imposing these charges, though, and further action is expected this fall.

So the debate continues:

While the wheels of policy turn, we’d like to know your opinion. Is the FAA’s plan to charge for digital charts a necessary reaction to a changing market or a new and unneeded user fee that will hurt a vibrant industry? If your annual app subscription doubled in cost, would that impact the way you fly?