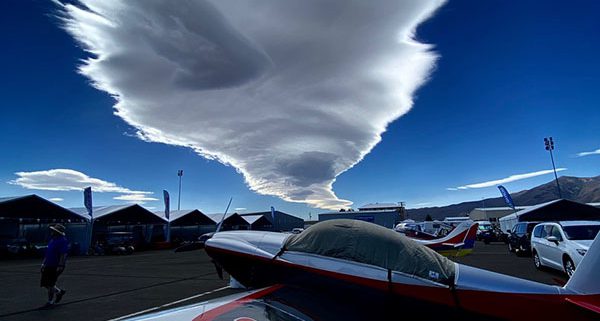 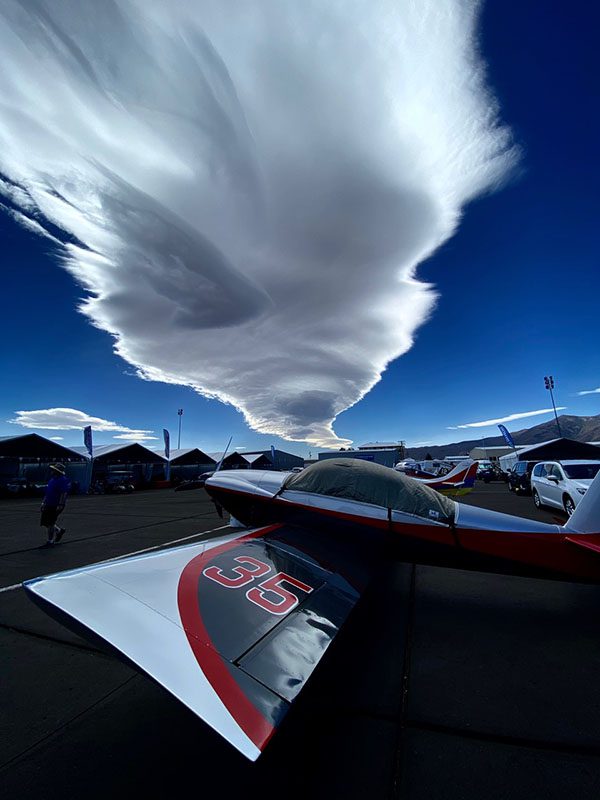 The memory: At the Reno Air Races this year we had these spectacular lenticular clouds forming over Stead Field from the early afternoon on. Races got cancelled with sustained winds blowing 35 and gusts to 48. George Catalano
George started flying back in 1977 in Colorado while in engineering school. Back then it cost $800 to get your pilot’s license so with just enough saved, he spent it all and never looked back. From his second flight in a C150 he was hooked (got sick on his first flight) and knew that he wanted to be a pilot when I grew up. He flew non-stop and burned through all his ratings and acquired my CFII+MEI+ATP. He was simply the luckiest guy around when he had an opportunity to own a T-34 when his parents co-signed the loan. He paid my way through college and always had enough to make those airplane payments! He couldn’t buy my way into a flying job in 1980 when he graduated, so he went into engineering. It was during this time he happened upon an entire squadron of privately owned warbirds based at the same airport he was. In short order he got the opportunity to fly everything from T-6’s, B-25, A-26 and P-51. He helped restore and maintain those planes and eventually raced a T-6 at Reno for a few years. He has owned a lot of planes over the years and is currently enjoying the spirited flying of a Lancair 360 out of AZ after he completed a partially done project.

When the magic dies: flying with and without HUDs

Finding our fathers
Scroll to top