After a beautiful early fall in Ohio, a cut-off low has installed itself over the southeastern United States and brought with it rain, storms, and IFR conditions. Flying conditions have been marginal all week, but you need to get to Nashville from your home outside Cincinnati, so you’ve been trying to pick the right time. It’s a two hour trip in your Cessna 182—is this the right time? Read the weather briefing below, then add a comment and tell us if it’s a go or a no-go for you. You are instrument rated and your proposed departure time is 1330Z.

The Map page in ForeFlight shows scattered rain and IFR conditions across your route of flight, but at least there’s not a solid wall of thunderstorms like there was yesterday. 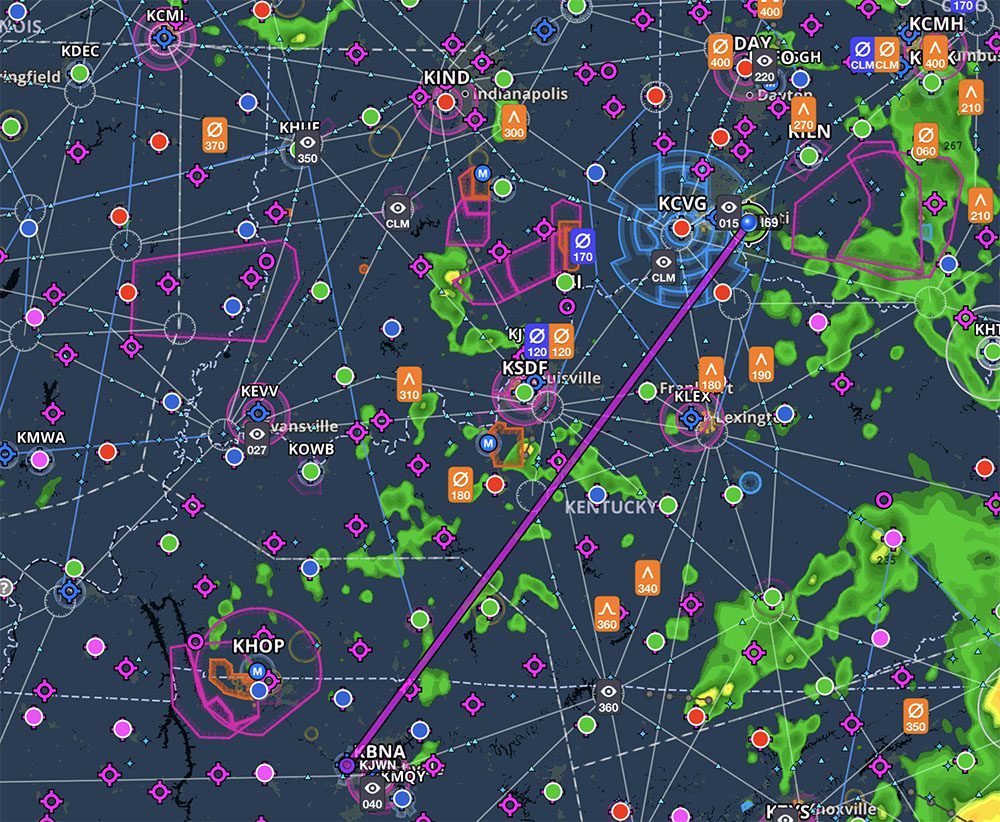 The driving force behind all this weather is that cut-off low aloft. It’s been spinning over Missouri for days now. 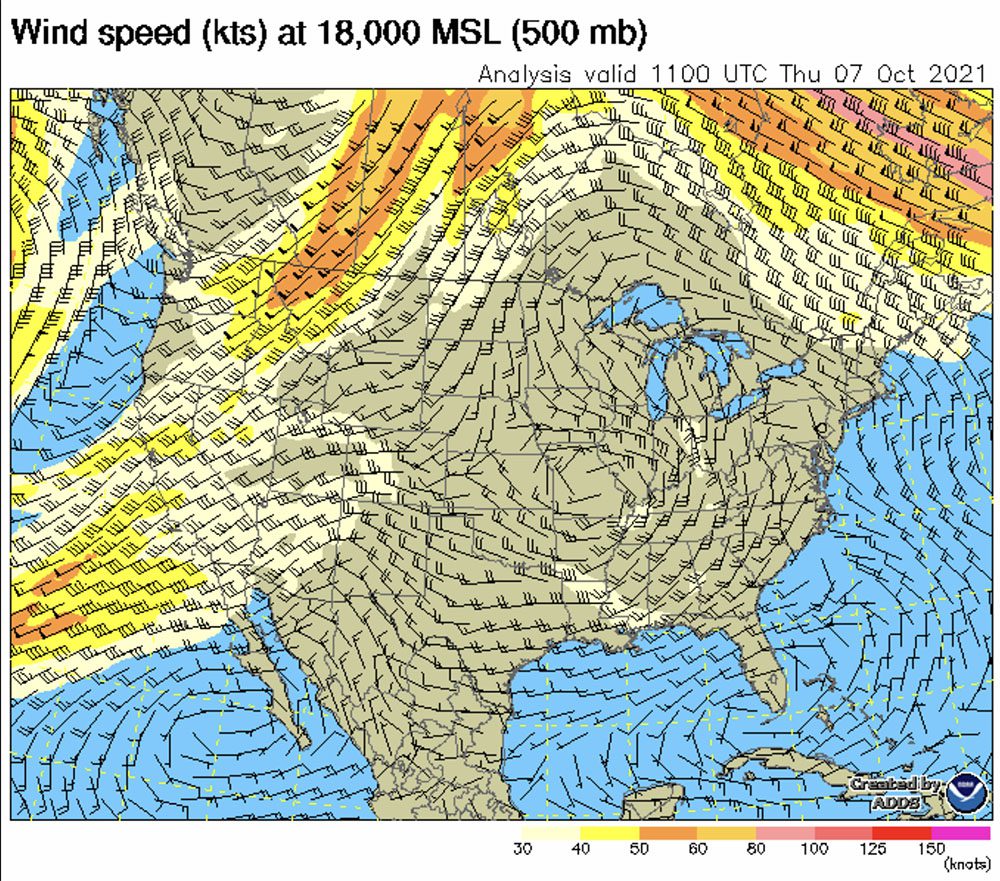 The result is an ugly surface analysis, with a warm front and a stationary front draped across the Midwest and Southeast. 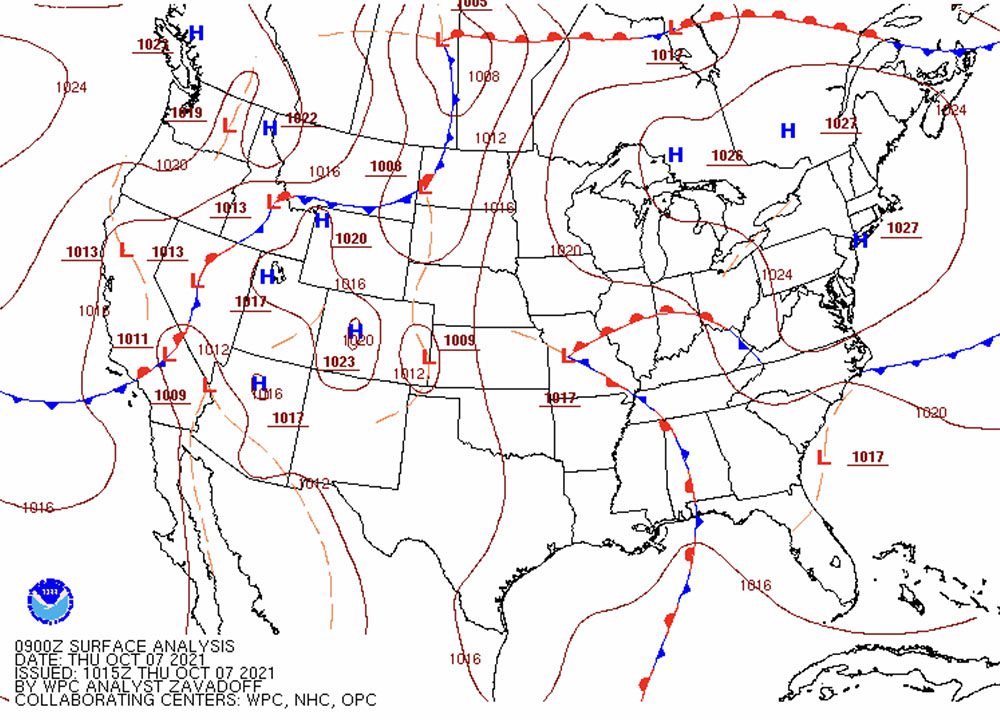 The prog charts suggest the weather might finally start to move east today, but only very slowly. 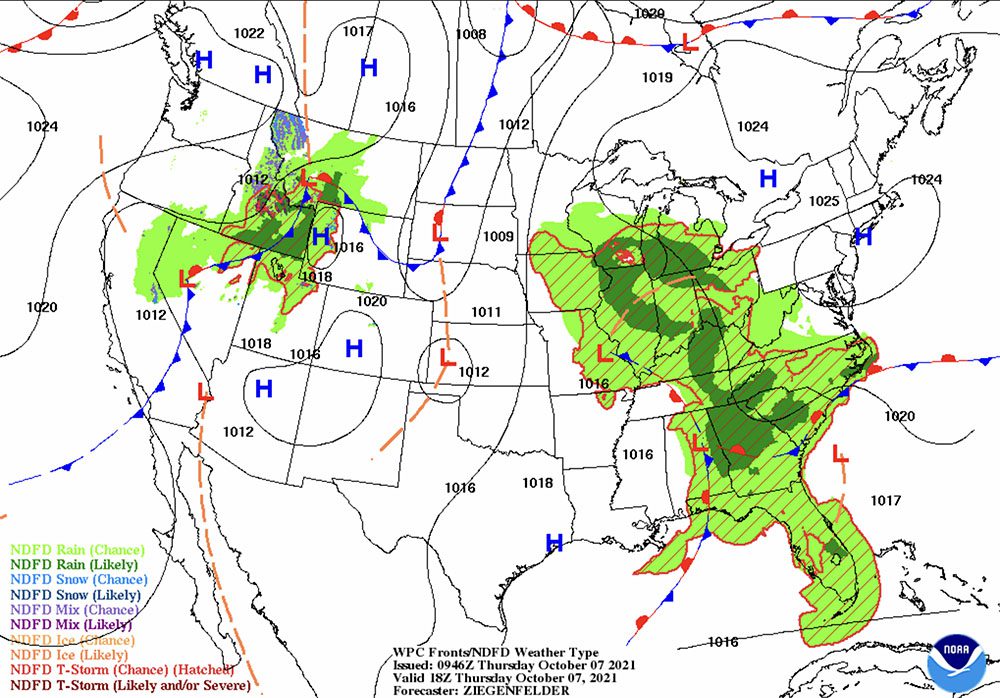 Even tonight, there is plenty of rain forecast along that front. 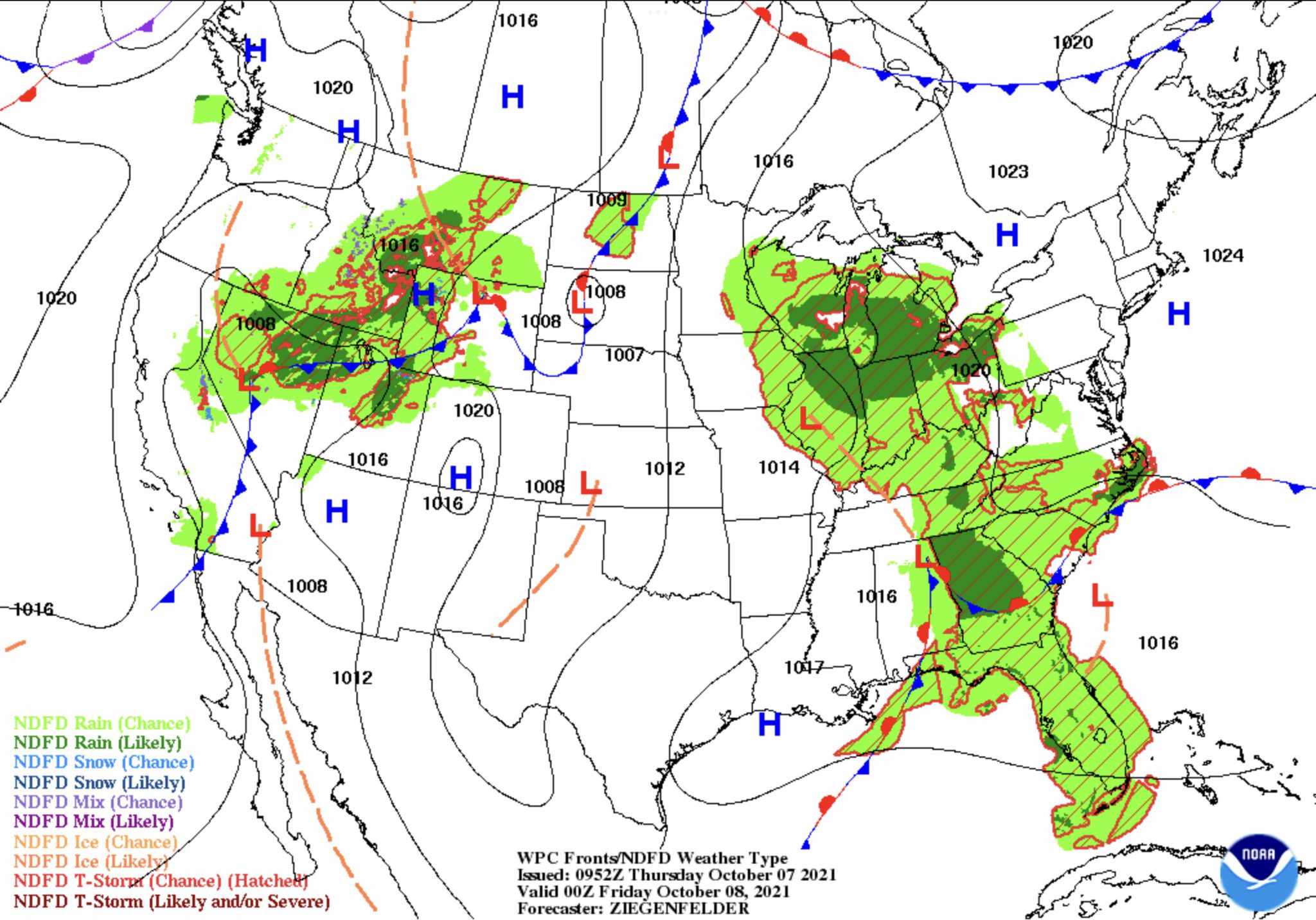 Step one today is to get a handle on that rain: is there any convection to watch out for? The Convective SIGMET map certainly thinks it’s possible, although there is only an outlook box along your route. 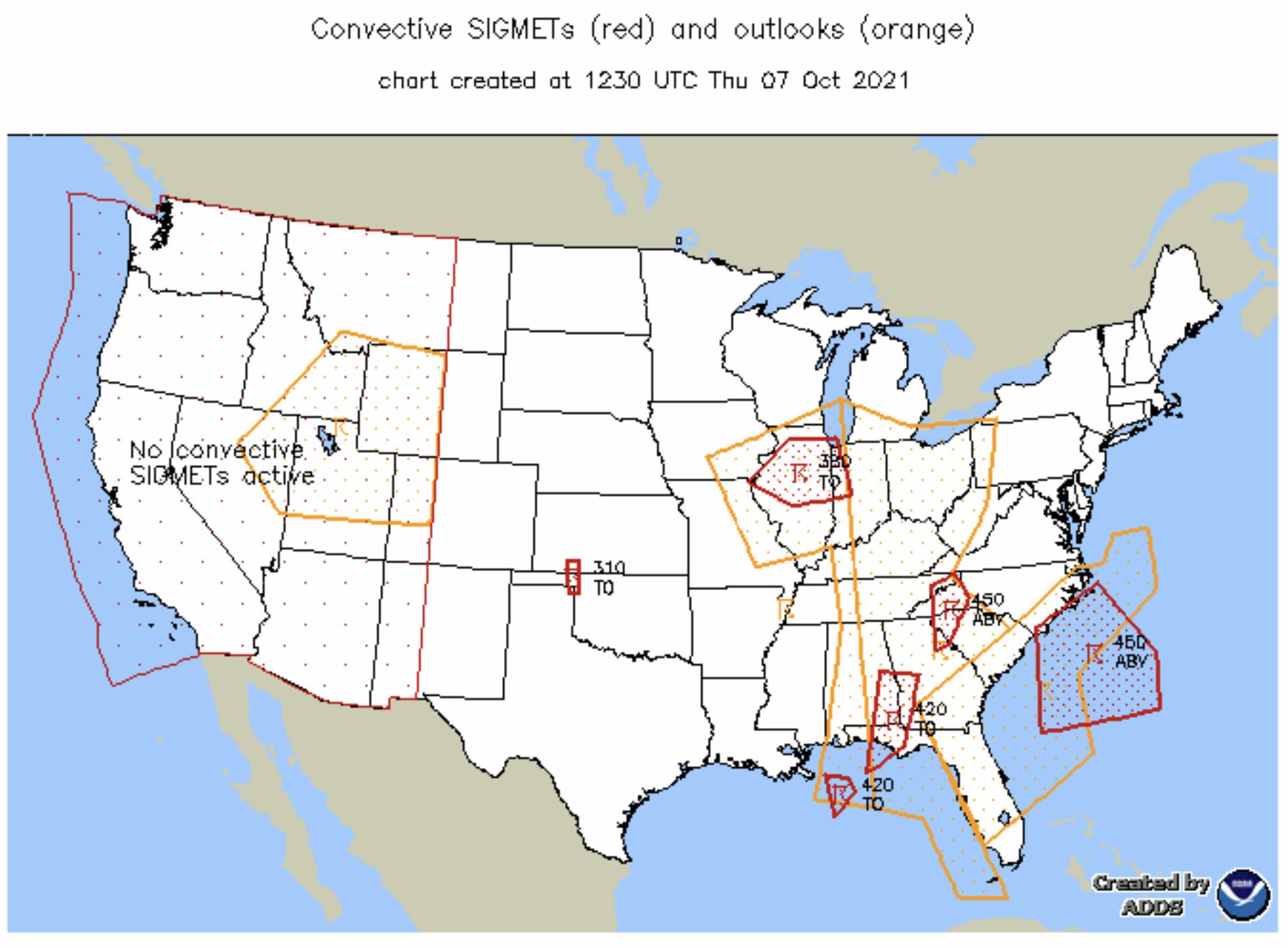 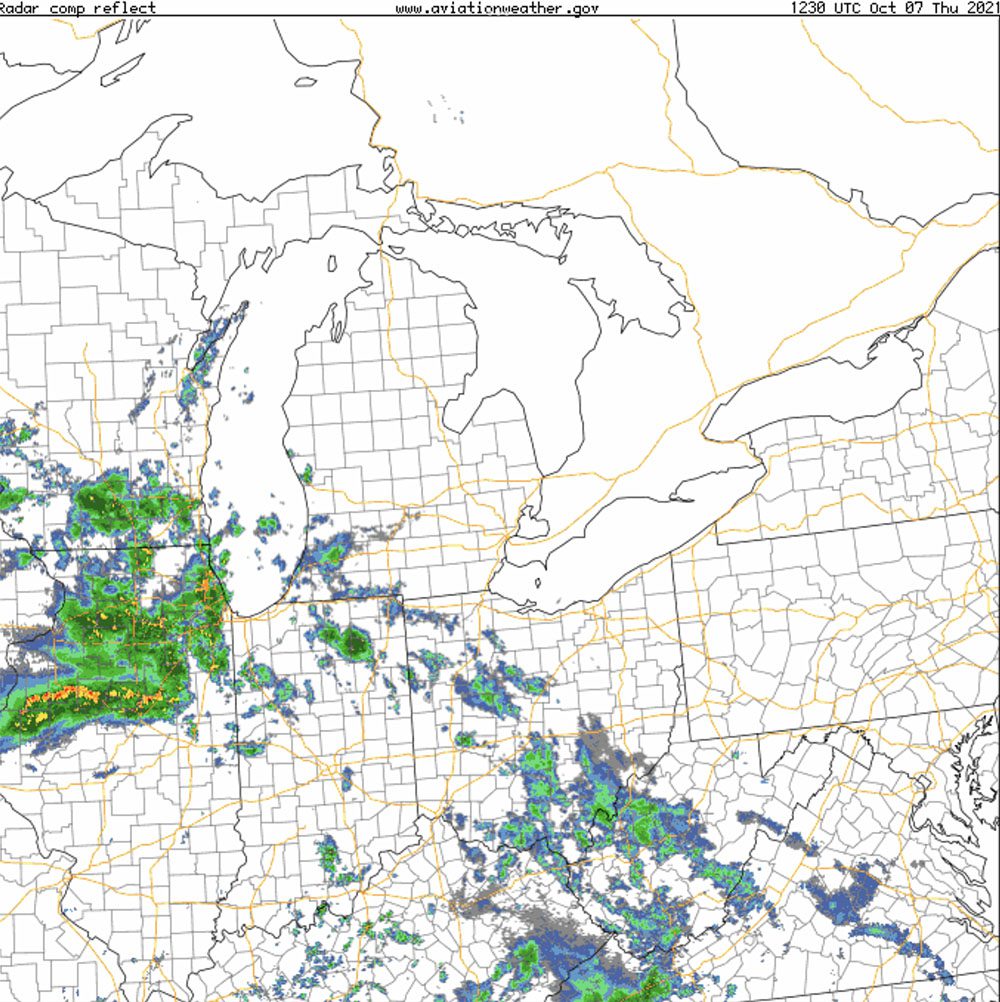 Closer to Nashville, it looks like the rain breaks up. 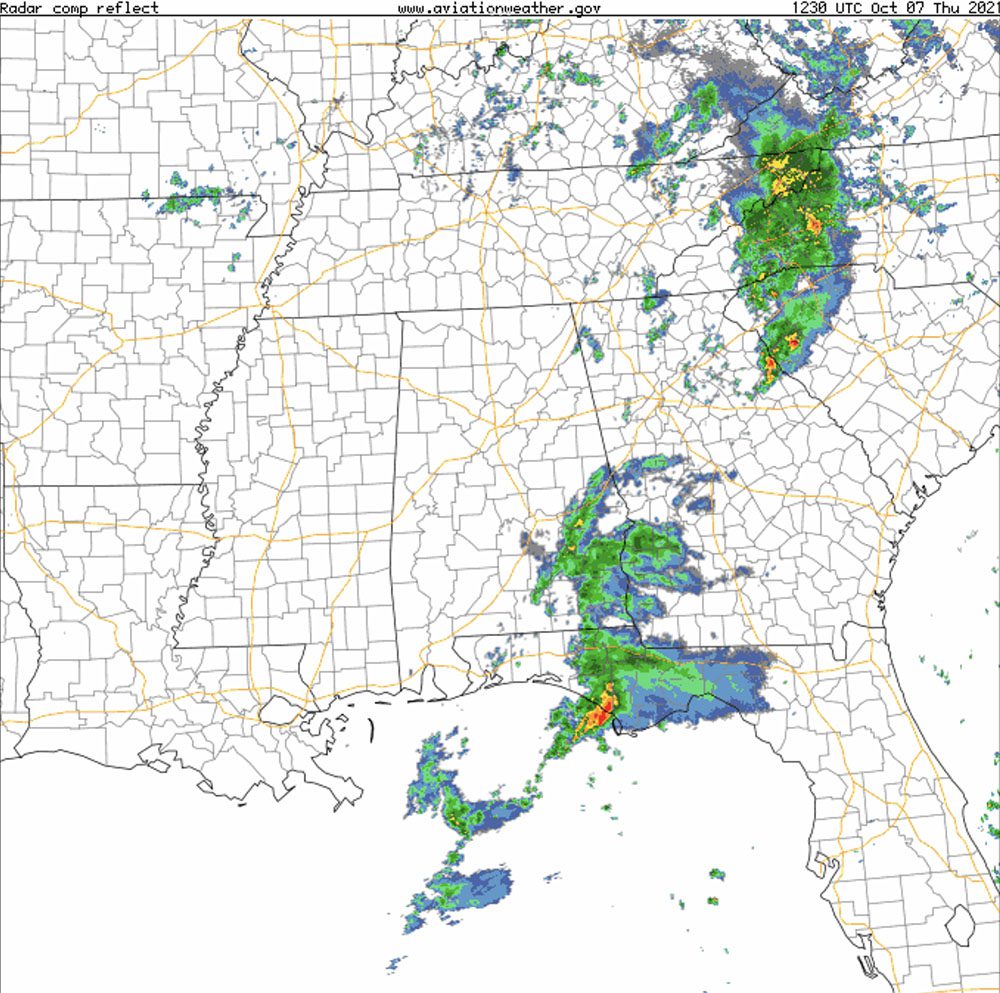 The infrared satellite image shows fairly thick clouds in Ohio, but nothing major in the western half of Kentucky or Tennessee. 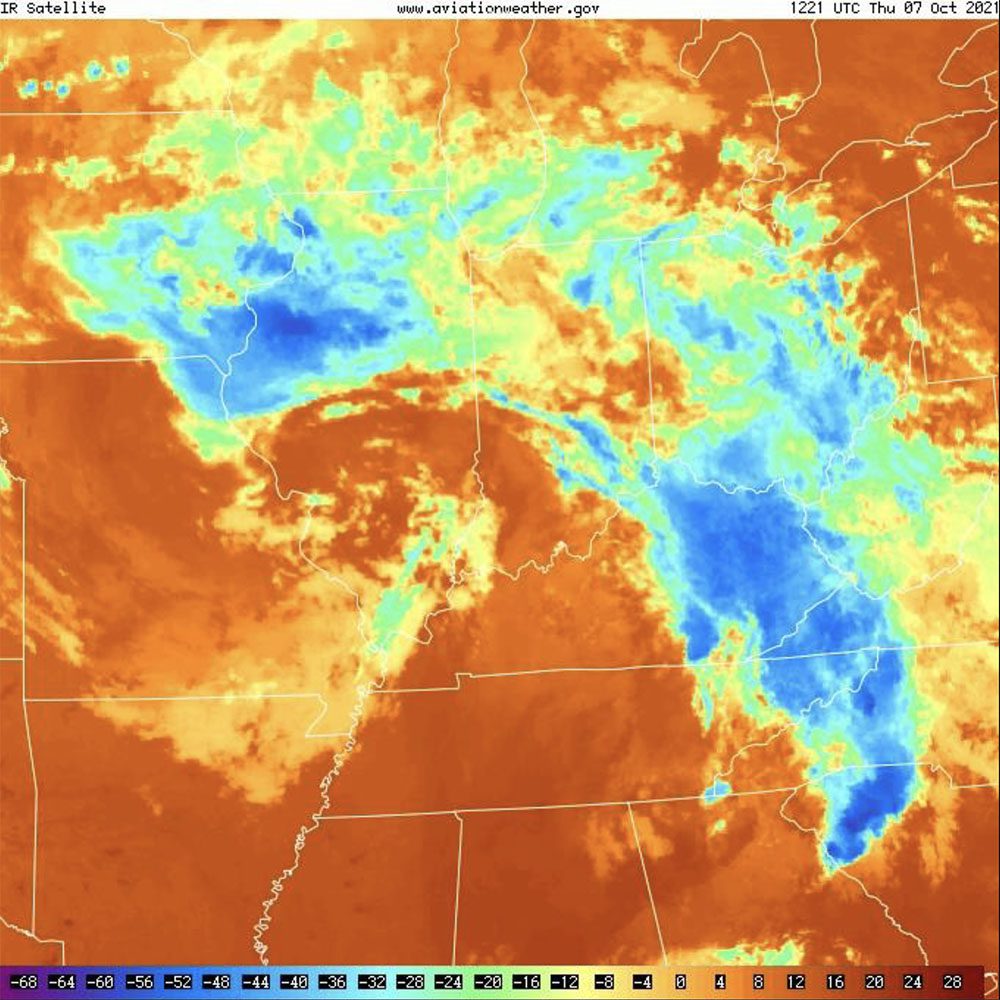 It is early October, so it’s definitely icing season. There are some AIRMETs for in-flight icing, but they are at higher altitudes. 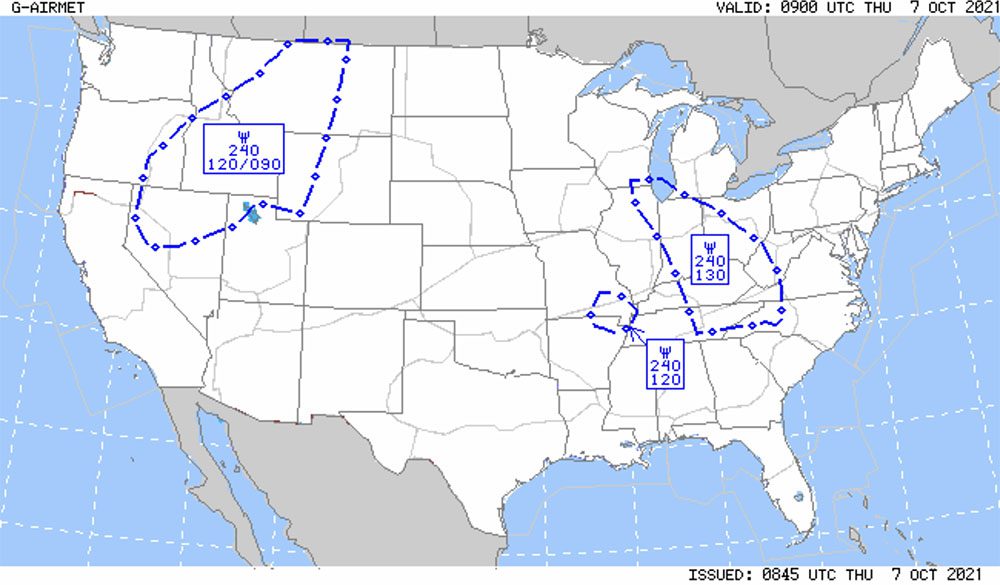 A look at the freezing levels shows a flight at your typical 8-10,000 ft. altitude should be above freezing. 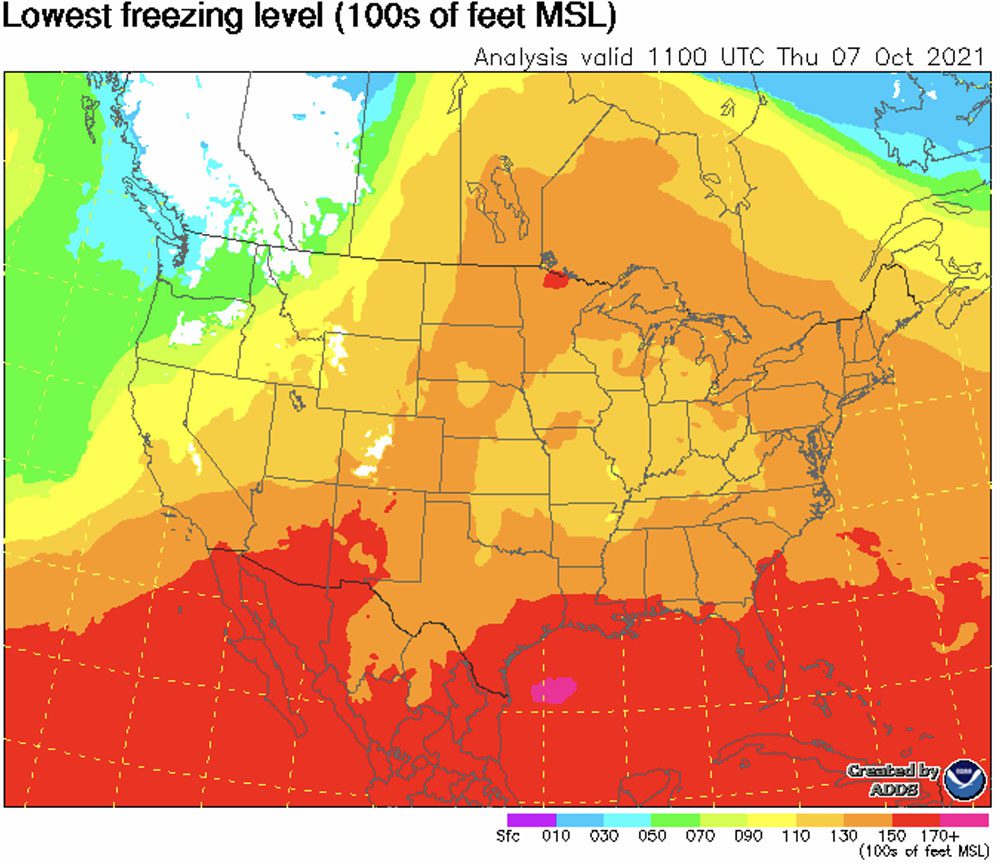 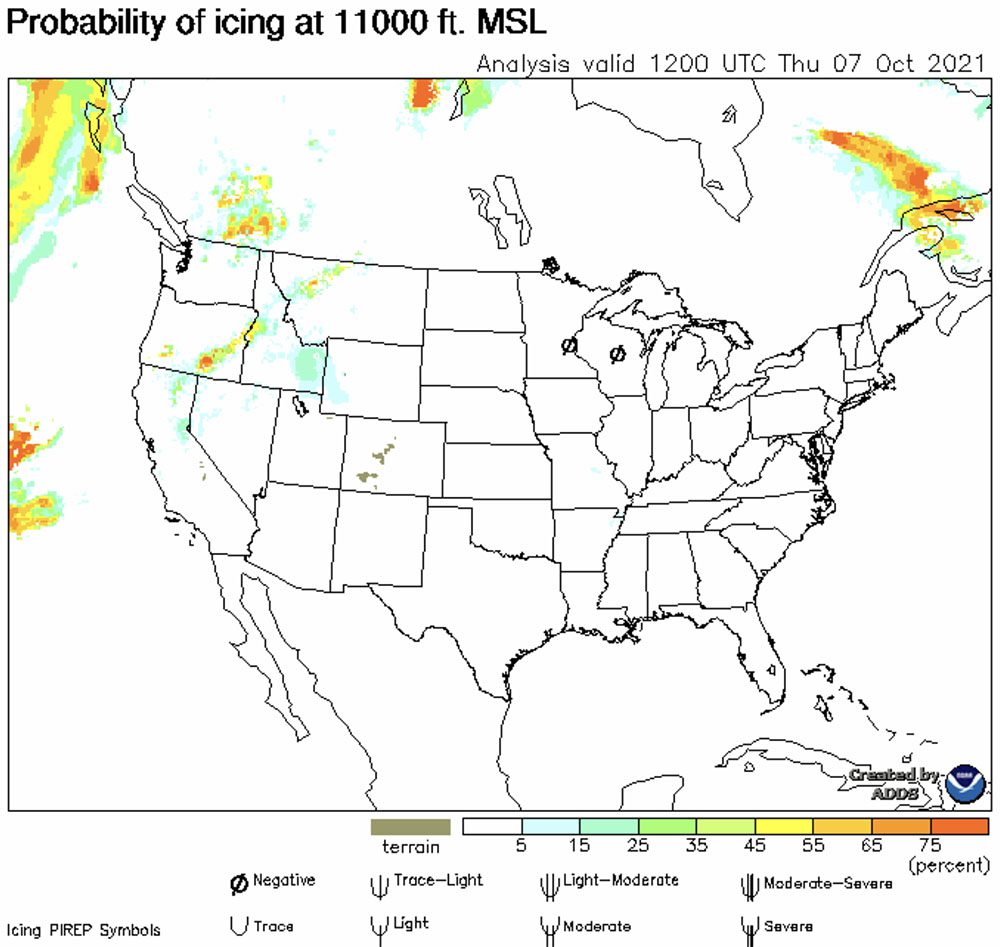 Finally, the cloud forecast map offers some good news. Tops seem to be fairly low along your route, so it looks like you might get on top—especially closer to your destination. 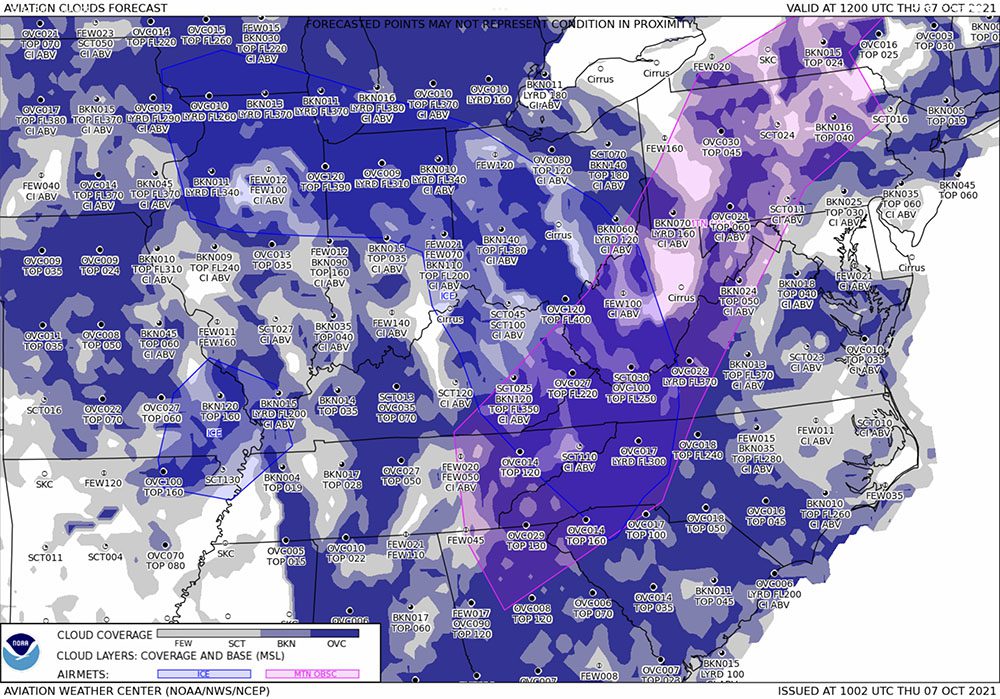 Your departure airport is showing pretty solid IFR conditions, but is forecast to improve. 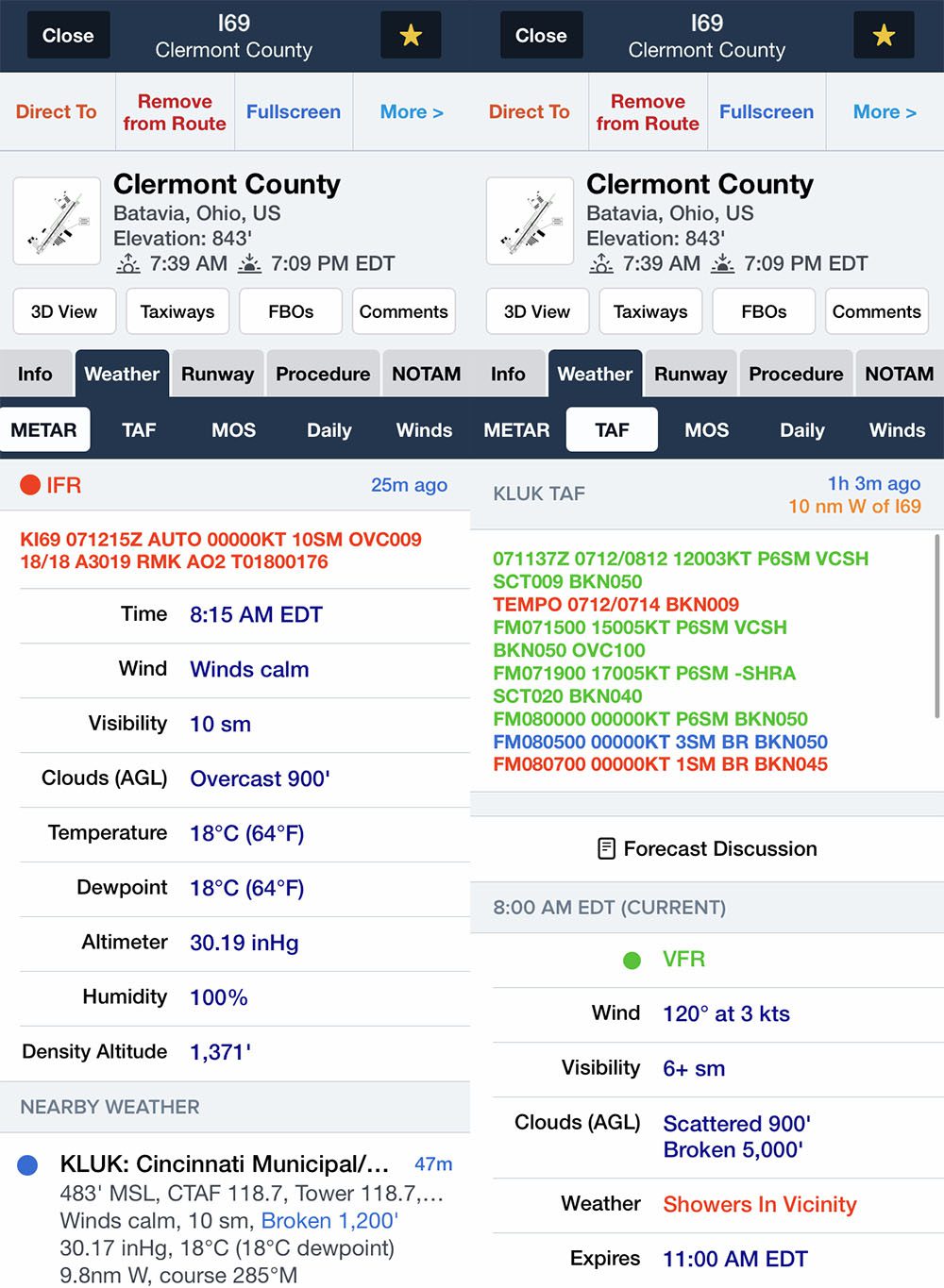 En route, conditions appear to be pretty good VFR, with broken layers and no rain. 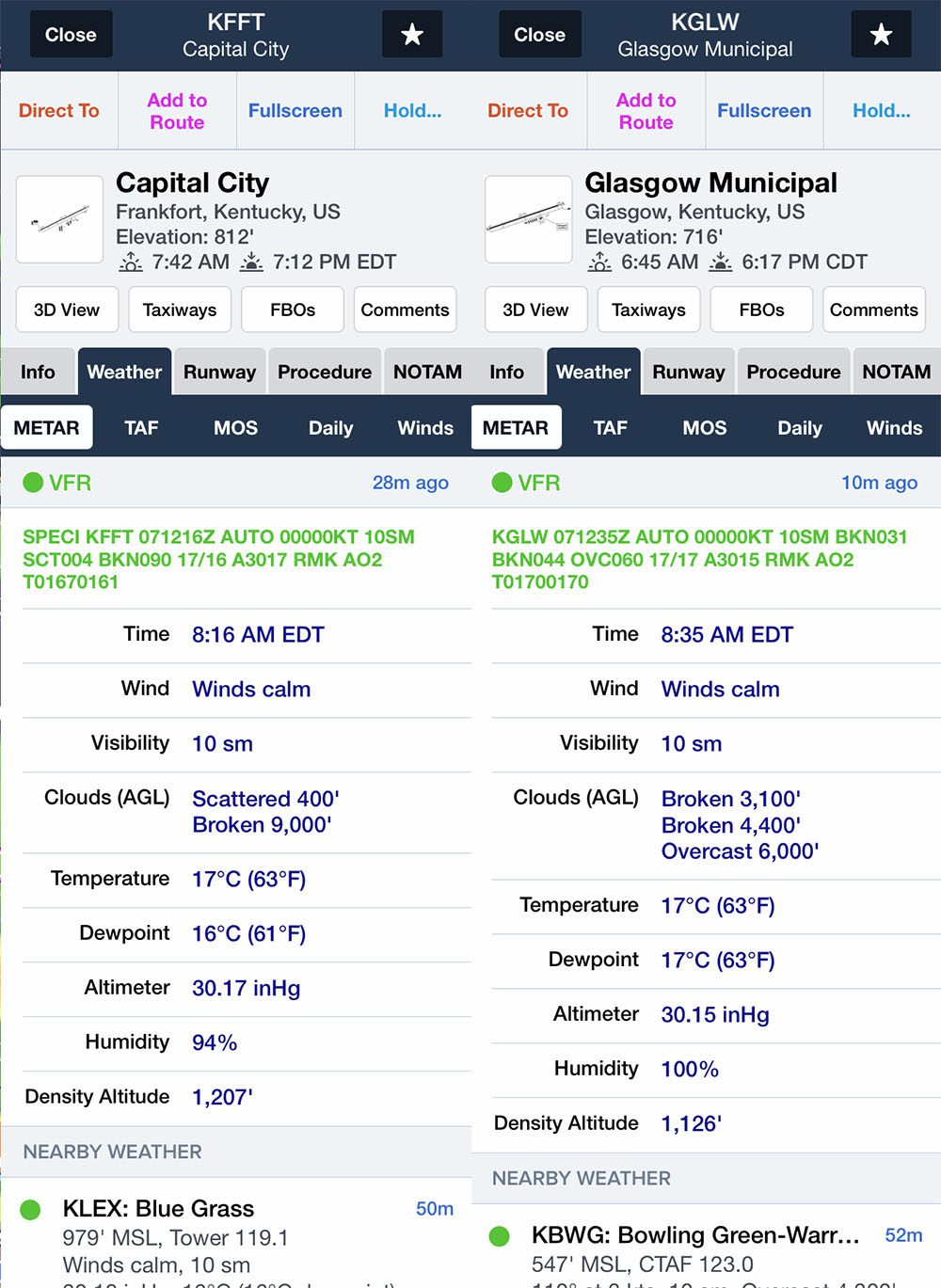 In Nashville, it’s marginal VFR and forecast to stay pretty much the same, although it should clear up later in the day. 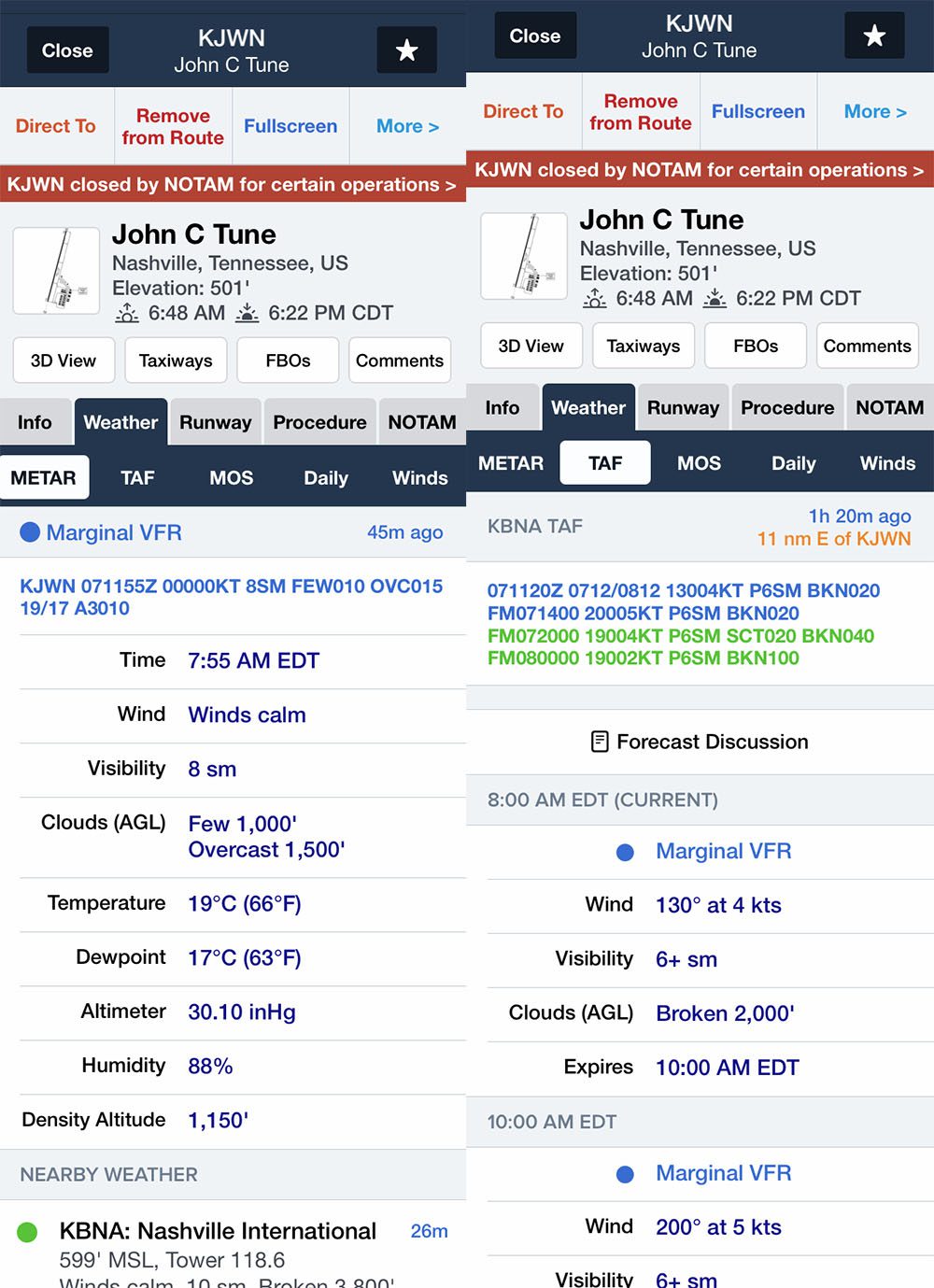 Some pilot reports are also worth noting. They suggest the tops are right around your cruising altitude near Cincinnati. 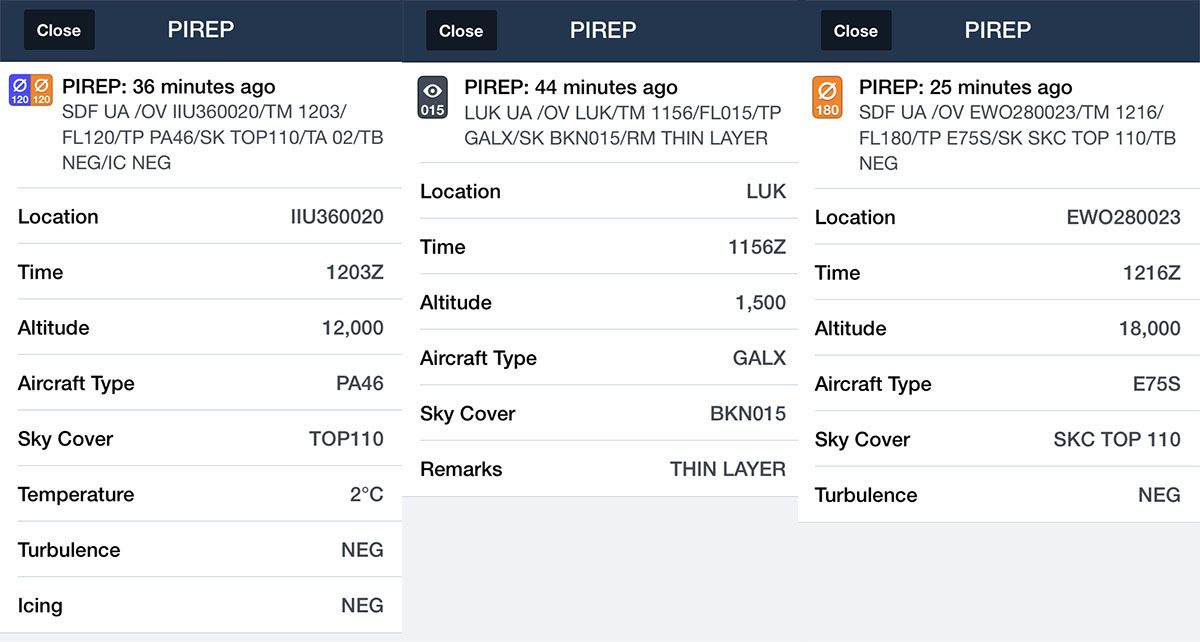 It’s time to make the call. Your goal was to get airborne during the morning, before any of the day’s heat can make those rain showers thunderstorms. Right now that looks to be the case, with mostly rain and layered clouds along your route. But will it stay that way? Does that front have any other surprises?

What’s in a (fighter pilot’s) name?
Scroll to top