“Airplanes should cost less.” It’s one of the few topics that seems to unite the aviation industry—even north-up and track-up pilots can agree that a new Cessna 172 shouldn’t cost over $400,000. But while it’s easy to identify the problem, solving it has proven to be much more difficult. Light Sport Aircraft (LSA) are now over 15 years old, but have not revolutionized general aviation. A rewrite of the Part 23 certification rules first started over a decade ago, yet the casual observer would be hard pressed to notice. Even experimental aircraft, increasingly popular and capable machines, seem like a partial solution at best. 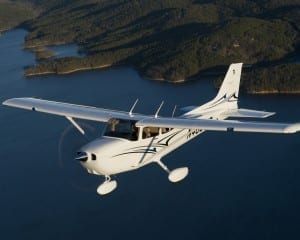 Do they have to cost so much?

But hope springs eternal, so a few years ago the FAA launched its Modernization of Special Airworthiness Certification program, or MOSAIC (a better marketing name than ADS-B, if you ask me). In many ways this is an attempt to fix some of the mistakes of the LSA rule, by raising performance limits and allowing for different types of powerplants.

The updates have been infrequent, but there are rumblings of an important announcement this summer, perhaps at Oshkosh. The headline is expected to be a new group of airplanes, somewhere between an LSA and a traditional Part 23 airplane, to be called Light Personal Aircraft (LPA). This would offer a major boost in performance, allow higher gross weights, more powerful engines (perhaps up to 200 hp), and the option for retractable gear.

There are tradeoffs, including a prohibition on commercial operations, a requirement to use an A&P for maintenance (not a Light Sport Repairman), and the need for a Private Pilot certificate (not a Sport Pilot certificate). These are all merely proposals at this point and the situation is changing, but the broad outlines seem to be fairly clear. For the latest details, read Dan Johnson’s excellent site.

What makes an airplane safe?

Pilots can (and should) nitpick any proposal this sweeping, but the starting point seems sensible: take the best of the experimental world and the best of the certified world and try to meet in the middle. LPAs would still be approved by consensus standards, like LSAs, which should keep certification costs down. BasicMed makes the Private Pilot certificate limitation less of a deal-breaker now than when the LSA rule first came out. Even the limitation on commercial flights is in line with the FAA’s longstanding “separation of church and state” when it comes to Part 91 vs. Part 135 operations.

The real progress here relates not to the type of operation, but to the performance of the airplane. Most obviously, raising or even eliminating the arbitrary 1320 lb. maximum gross weight for Light Sport Aircraft would be significant, a tacit admission that this number was set far too low in the original rule. Right now it appears the LSA limit would go up a bit, while the LPA limit would be higher still. Both are good moves.

This would do more than just help pilot egos—it would also be good for safety. While written with good intentions, the current weight limit (one that’s over 1000 lbs. less than a Cessna 172) has probably made LSAs less safe, not more. That 172 is easier to fly, especially in a crosswind, and can also accommodate additional safety features like a parachute, something most LSAs cannot. 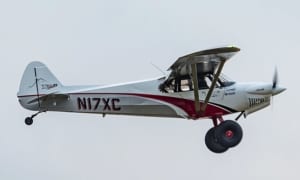 You can’t tell if it’s an LSA or a Part 23 Cub, and that shouldn’t matter.

For all the attention the weight increase will receive, the potential lifting of cruise speed limits would be even more transformative—if the FAA is bold enough. Consider the CubCrafters Carbon Cub: in LSA form, the SS model carries 24 gallons of usable fuel, weighs 1320 lbs. at takeoff, and cruises at 110 mph; the Part 23 certified X-Cub carries 46 gallons of fuel, weighs 2300 lbs. at takeoff, and cruises at 145 miles per hour. Is the latter model really any more complicated or dangerous because it carries more fuel or cruises 35 mph faster? Hardly—the main reason the SS model cruises slower is an artificial limitation that requires the 180 hp engine to run at 80 hp for max continuous power. You can guess why that’s in place.

For a more direct comparison, consider the Cessna 162 Skycatcher (an LSA) and the 172 Skyhawk (a traditional Part 23 airplane). The faster, heavier 172 actually has a significantly better safety record than the 162. It might feel counterintuitive, but lower speed and weight do not seem to equal higher safety.

Such comparisons are a hint that the important limitation is not weight or cruise speed, but stall speed. A slower stall speed—and benign stall characteristics in general—leads to more manageable landings, better runway manners, and ultimately a safer airplane. The Lancair IV, at the opposite end of the performance spectrum from the Carbon Cub, is a hot rod of an airplane that cruises at over 200 knots. But cruise speed rarely figures in the airplane’s checkered accident history; it’s the 62-knot stall speed and the resultant fast approach speeds that often lead to trouble.

The maximum stall speed for LPA is rumored to be 52 knots, which is in line with popular four-place airplanes like the Skyhawk (around 40 knots) and the Piper Archer (49 knots). Both of these have good runway performance and predictable flying qualities.

Unfortunately, there’s also talk about a power index. This would seek to limit performance, perhaps based on a ratio of engine horsepower to wing area. The concept of such a sliding scale is appealing, but this rule could quickly become restrictive and lead to bad tradeoffs, just as the LSA weight limit did. One of the key complaints about LSAs, especially in the training environment, was their kite-like performance in windy conditions, a mistake that should not be repeated.

The FAA has also suggested that, while the 120-knot maximum cruise speed will be increased, there will still be a limit for both traditional LSAs and the new LPA. That seems like a rule created simply to make a distinction between airplane types, one that has little grounding in safety statistics.

It’s important to remember the point of this mind-numbing reform process: reduce certification costs and more easily accommodate new technology, while maintaining safety. It sounds like a tall order, but it is possible. The first two priorities are in fact directly related, while the third has to do with pilots more than airplane design.

The starting point for any LPA rule should be the fewest possible limitations, accompanied by a paranoia about unintended consequences. This “less is more” bias is based not on a deeply held political philosophy but on recent experience. Consider electric powerplants, the most painful example of what can go wrong when regulators write overly specific rules. One of the main goals of the LSA effort was to encourage innovation, and yet the text ended up prohibiting electric motors, perhaps the critical innovation of the decade. The timing could hardly have been worse, and today the nascent electric airplane industry is chafing against a limitation nobody ever intended to write. 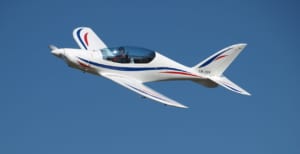 The Shark is just one of many sleek European airplanes with impressive performance.

“Fewer limitations” does not mean LPA pilots would be completely unregulated. In fact, while new airplane designs obviously need to meet a basic level of safety, the biggest safety improvements come from the pilot, not the airplane. And here there are plenty of guardrails already in place. Remember, the FAA has requirements for high performance, complex, and tailwheel endorsements as pilots check out in different airplanes. At the extreme, there’s a maximum speed of 250 knots below 10,00 feet and 200 knots in Class C and D airspace. Jets require a type rating, no matter what the weight.

I’m not suggesting that an LPA rule have zero limitations. A low stall speed is a must, and a maximum horsepower limit might also make sense. But the power index approach seems destined to create problems, and a maximum speed limit goes against everything general aviation stands for. Those should be resisted.

This isn’t all a dream. For a hopeful example of what might be possible, look at the burgeoning European microlight market. Airplanes like the Shark, Blackshape, and Tarragon offer impressive performance at reasonable prices. Stall speeds in the 30s and cruise speeds in the 160s are not unusual, and all this on 5-7 gph of mogas. Retractable gear and constant speed props are an option, and notably there is no speed limit on the 600kg class of airplanes. The airplanes also look great, unlike most of the rather homely LSAs in America.

Will new FAA rules spark a similar wave of innovation in the US? Pilots should remember two lessons from previous reform efforts: these processes always take longer than expected, and the results are always less revolutionary than boosters hope. The same is likely to be true with any potential revision to the LSA rule or the implementation of an LPA rule. A notice of proposed rulemaking probably won’t happen until 2023, and even once that is out it will be a long time before airplanes hit the market. Most importantly, the business case will have to catch up with the regulatory environment.

That doesn’t mean the MOSAIC process is a waste of time—especially if the FAA dreams big.

Flying bananas with an unexpected passenger
Scroll to top