Blog - Latest News
You are here: Home1 / Article Archive2 / I Can't Believe I Did That3 / Overconfident and under-coordinated 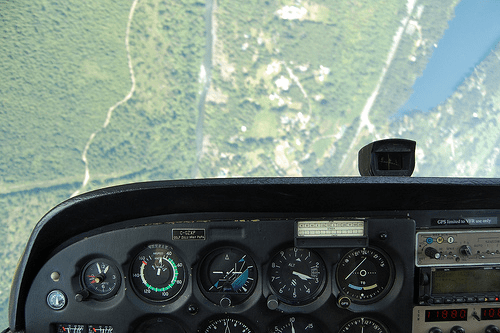 As a radar technician with the US Air Force in the 1970s, I spent many hours in the cockpit of the Air Force’s premier fighter at that time, the powerful McDonnell-Douglas F-4E. I loved being around and working on aircraft and often imagined what it would be like to fly an aircraft and be the pilot in command. 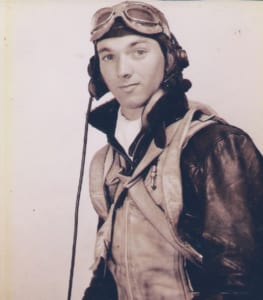 Like many pilots, the author’s love of aviation was partly inherited.

My love of aviation was born from the stories my father recounted to me from his experiences as an aviation machinist’s mate and plane captain with the Navy in WWII. While never a pilot himself, he loved working on aircraft and had many fond memories of flights he had taken on many of the aircraft he had helped maintain. Dad’s keen interest in aviation kindled a spark in me and I joined the Air Force to work on aircraft as he had. Soon after completing my enlistment, I started flight training to further my dream of flight. Soon after starting I found myself at the controls of the legendary Cessna 150.

I began my flight training at Smoky Mountain Aero, a small FBO and flight school located on McGhee-Tyson Airport (TYS) in Knoxville, Tennessee. TYS was a busy controlled airport handling a mix of commercial, military, business, and private air traffic. Smoky Mountain Aero was a Cessna Flight School and I was soon sporting a large red Cessna satchel filled with all the tools needed to complete ground school and flight training for the private pilot certificate. My enthusiastic instructor soon had me in the left seat, clumsily trying to duplicate his smooth flying. My first thoughts were that this was more difficult than I thought it would be. Those Air Force pilots had made it look so easy.

Following the curriculum, I was soon introduced to simple maneuvers including turns, slow flight, takeoffs and landings, maintaining heading, and generally keeping the aircraft under proper control. After several hours of instruction I was introduced to stalls and their recovery. From there we progressed to departure stalls, which demanded more skill at maintaining proper coordination of the controls, especially the rudder. We practiced these over and over and while I got through the exercise successfully, I honestly never felt comfortable doing them. I never told my instructor about my unease with departure stalls. This was a decision that I would soon come to regret.

Solo day finally arrived. I had accumulated around 15 hours of instruction and my instructor thought I could successfully fly the pattern of McGhee-Tyson Airport. I made three circuits around the pattern, properly communicating with the tower and making two touch-and-gos and a full stop with no problems. My confidence level was stratospheric. After solo, there was more training in slow flight, stalls and steep turns, along with preparations for a short cross country with the instructor. However, my instructor also released me for solo practice on my own with one condition: hold off practicing stalls solo until I had more experience and additional dual instruction.

My first solo practice flight was routine and uneventful. I was able to get the airplane out of the parking area, taxi to the runway, take off, and then navigate to the practice area with no problems. After practicing a few simple maneuvers and tasks for 30 minutes, I returned to the airport and landed safely. Again, my self confidence soared.

My next solo practice flight started off much like the first one. I flew to the practice area while climbing to the maneuvering altitude of 1500 feet AGL, practiced a few simple maneuvers and decided I could do more. Feeling confident, I decided to move on to more complex tasks. After practicing slow flight for a few minutes, I tried a few power-off stalls. Completing those successfully and returning to 1500 feet AGL, I felt that I could handle a departure stall with no problem. Despite the warning from my instructor and still being uncomfortable with the maneuver, I decided to proceed.

Configuring the aircraft for takeoff and slowing the 150 to its lift-off speed of 55 mph, I pulled the yoke back for a straight ahead climb and applied full takeoff power. This is where things did not go as planned. With only one aboard, everything felt different and very rushed. Due to my inexperience, coordination in the climb was very poor and I overlooked the fact that the ball in the turn coordinator was deflected far to the right, indicating the need for more right rudder than I was applying. 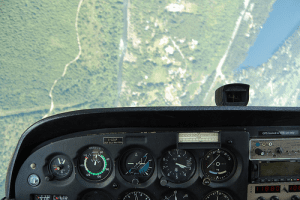 That’s not what you want to see on a solo flight.

The stall came quickly and, to my senses, violently. The left wing dropped quickly, followed by the nose. Unknown to me, I was experiencing the beginning of an incipient spin. All I could see was the ground filling the windshield and rotation beginning to the left. Not really knowing what I was doing, I released back pressure, reduced power, and continued to hold the ailerons in the neutral position. Thanks to the good design of the Cessna, it quickly returned to near normal flight. Shakily, I returned to the airport and landed, wondering if I had what it took to be a pilot and if this may be my last flight.

I confessed what had happened to my flight instructor. Patiently, he explained why it happened and what I had done wrong to cause the problem. But, he also told me I had done well to have made sure I was at a proper altitude to perform the maneuver. Continuing his post flight analysis, he thought that while I had not quite performed the spin recovery procedure correctly, the fact that I had held the ailerons in a neutral position, reduced power, and most likely still had some right rudder applied, helped in the recovery. The design of the 150 as a trainer also contributed to the recovery before the spin fully developed.

On our next flight, we practiced the departure stall while he walked me through it, explaining each step in detail and why it was important. He also explained spins and the importance of vigilance to avoid them, especially at low altitudes.

Years later, as a CFI myself, I often look back on that experience with disbelief, while thankful of my good luck. The potential for much a more serious outcome was very real. I was lucky that I was at a good altitude to recover and the Cessna C 150 was a very forgiving trainer. Now, when demonstrating stalls as a CFI, I always think back to that experience and make sure the student understands the importance of proper maneuvering altitude and proper coordinated control, as well as the dangers of overconfidence. John Galyon
From an early age, John was fascinated with all things technical, especially electronics and aviation.Enlistment in the Air Force allowed him to combine those interests as an avionics technician. Completing his enlistment, he continued his military career in the reserves and enrolled at the local university to study electrical engineering. He also began flight training to obtain his Private certificate. Over the years, John earned his Instrument rating, Commercial certificate, tailwheel endorsement, CFI rating, and a Master’s degree in Aeronautical Science from Embry-Riddle.Now retired from my civilian and military careers, he hangs out at the local airport when not traveling or cruising with his wife, Marilyn.

Forced to land in Waco

Friday Photo: sunrise on a grass strip
Scroll to top