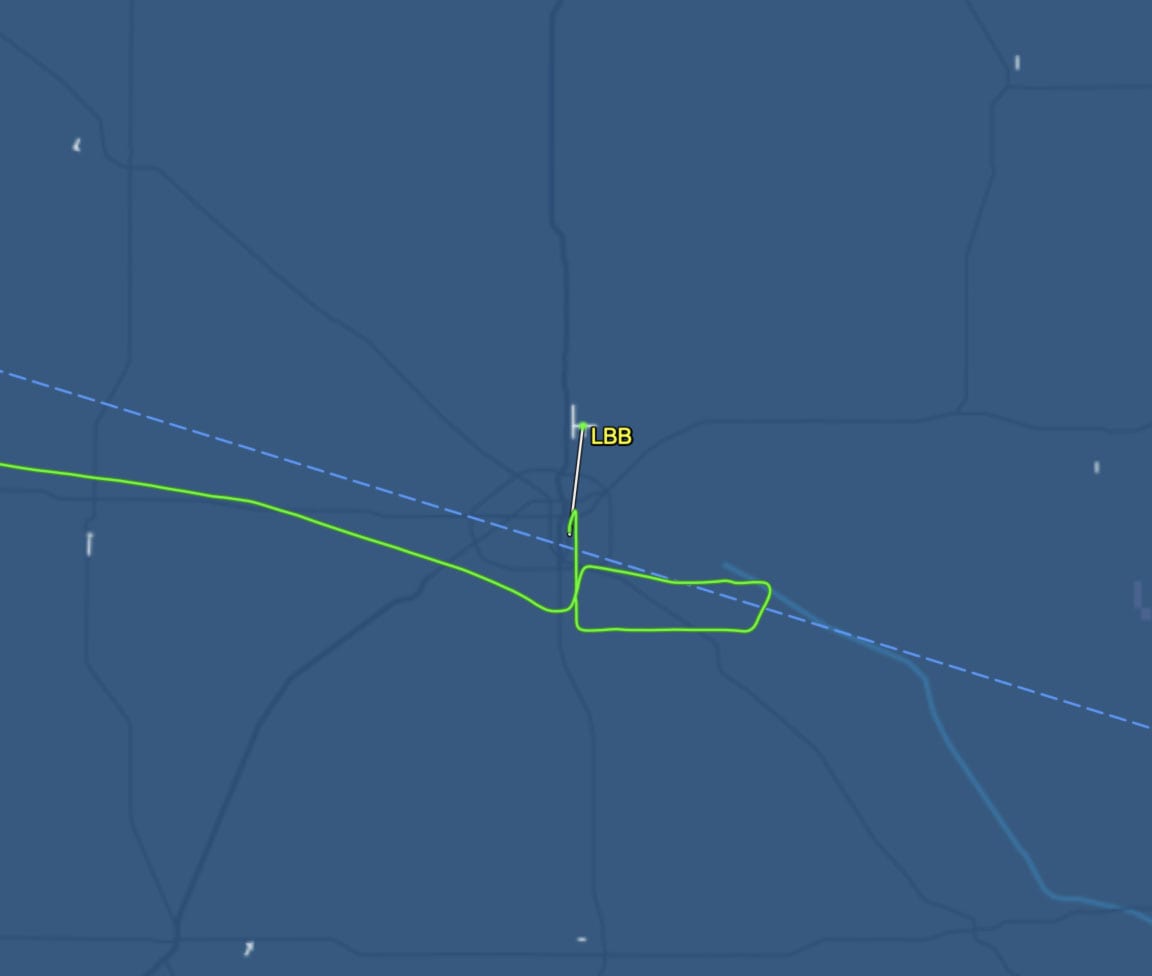 One of the hardest things to do in life is to acknowledge our limitations. We all have them, and most of the time they are benign, but not always. A doctor with less than stellar skills can kill someone. A sub-par lawyer can cause someone to spend years in jail. There are people in every walk of life who make mistakes, some more than others. Pilots are no exception. Every time I crawl on board an airplane where I am not the pilot, be it a Boeing 747 or a Cessna 150, I trust my life to the person who has the controls, often with no idea as to his or her skill level, and as we all know, sometimes that trust is misplaced.

I lived over 50 years of my life in Lubbock, TX, and I still keep up with things going on there. When I lived there, the police department had a service where they emailed you alerts of places to avoid if there were problems, and I still get those emails. Late one recent afternoon, there was a particularly disturbing one. It said there had been a plane crash at 30th and Avenue A. I knew the location—it’s right under the approach to runway 35L. I’ve flown it many times. I also knew the weather was bad that day. There was a winter storm with sleet, snow, and freezing rain.

Not a stabilized approach.

My immediate concern was whether this was someone I knew, since I still have lots of friends there. I went to Flightaware to see if I could tell who might have gone down, and it didn’t take long to figure out. It stood out like a sore thumb. All the traffic that day was either airliners or jets of some kind, with one exception: a Cessna 210. Looking at the track, you could see him headed for the approach, flying through it, then going on a rectangular pattern to the east before coming back and this time capturing the RNAV approach profile. About four miles from the field though, he seemed to reverse course, and the line ended—at 30th and Avenue A. Heading changes showed him evidently in a spiral at least, and possibly a spin in the last minute or so of the flight.

He wasn’t a local pilot. In fact, Lubbock was a diversion. The flight plan was from Belen, NM, to Corsicana, TX, but he had some sort of problem, possibly with an autopilot from listening to the tapes, that caused him to attempt the landing. The next day, the ATC tapes were available online, and the narrative was disturbing. It was clear from the first transmission that this guy was in way over his head. He was given a heading and told he was cleared for the RNAV 35 approach. He then asked for the heading to be repeated, and read back, “Cleared for the 17 RNAV approach.” The controller repeated the heading and corrected the runway, and the approach continued.

He flew through the final approach, and the controller told him that and asked him if he wanted him to vector him around to try again. The pilot agreed. A few minutes later he was asked if he was picking up any ice. He said he was. He was then asked what the OAT was. He replied that it was 10c. The controller asked if that was 10 or minus 10, obviously knowing that 10c would not produce ice. There was no answer. A regional jet leaving did tell the controller that the temp was -3. This time he did find the approach, and shortly afterward was switched to the tower frequency and cleared to land. His acknowledgment of that transmission was his last.

He was instrument rated, but obviously not instrument competent. It could well be that ice brought him down, but the real thing that caused the crash was his poor judgment in even leaving the ground in the teeth of a winter storm in an airplane with no ice protection. Perhaps the weather was better in Corsicana, but any flight must consider all contingencies. Did he have a plan if he ran into a problem before he got there? If he did, it didn’t work out too well.

Thankfully he was alone, not that being alone lessens the tragedy. I know nothing about the skills of the guy as a pilot other than what can be surmised from the tapes and the tragic end of this flight, but at least on this day, and perhaps others, he should not have been flying an airplane.

Was the pilot of Colgan Air Flight 3407 simply in over his head?

I had a good friend in Lubbock who a number of years ago killed himself and three others in a crash. He was a wonderful person, but a terrible pilot, and everyone who knew him knew that except for him. He thought he was a great pilot, but in the crash it wasn’t so much his flying skills as his judgment that got him. He was in Branson in low IFR conditions and was having trouble with his comm radio. Rather than climb above the clouds and fly to a good VFR location, of which there were many within the range of his plane, he panicked and chose to attempt a below-minimums approach, with predictable results. He refused to admit his limitations, with tragic results.

It even gets up into the airline ranks. The Colgan air pilot in New York a number of years ago was obviously not competent for the role he had, and a number of lives were lost. More recently, the co-pilot of the Atlas Air 767 in Houston had some seriously deficient skills, and cost three lives.

I wouldn’t be good as a designated pilot examiner, because the responsibility is too great. It’s a judgment call to approve someone for a license to fly an airplane. You hate to tell anyone they aren’t good enough to do this, especially if flying is their passion, but there are cases when that’s the right thing to do, not only for their own good, but the good of those who might fly with them. There are some people who simply are not cut out to be pilots, and they need to be told that and accept that for their own good and those whose lives they might put in jeopardy.

If you have limitations, admit them before you hurt yourself or others. A lot of aviation tragedy could have been avoided by doing so.

Go or No Go: over the ice at night?
Scroll to top