Blog - Latest News
You are here: Home1 / Article Archive2 / I was there3 / If something goes wrong, undo what you last did 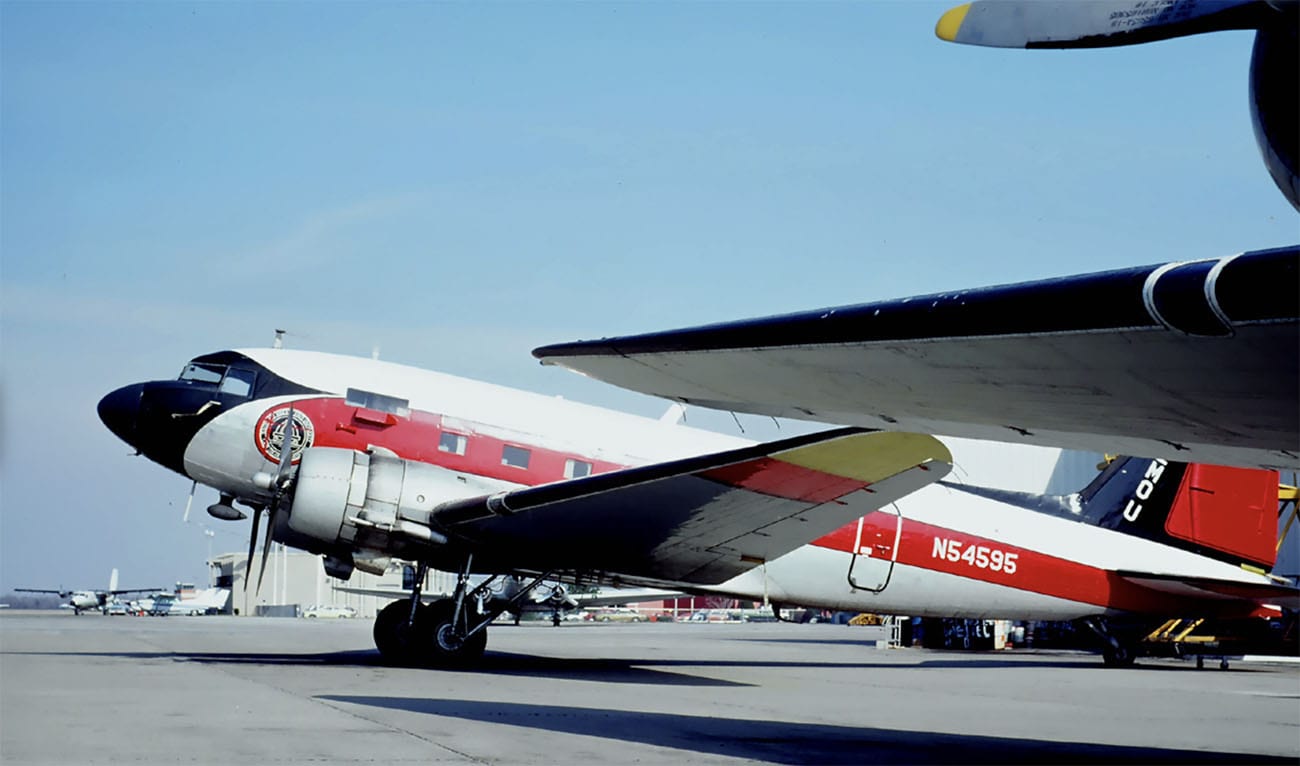 Early in my career I worked for a university that had a large flight school, and an executive transportation department that consisted of a couple of Cessna 310s, a 402, a 411, and three DC-3s. I was a captain on all the aircraft, which kept things interesting.

One sunny spring day I had a flight from Carbondale, Illinois, to Tulsa, Oklahoma. The 26-seat DC-3 was to be filled with a collegiate baseball team in the back, and co-pilot Doug Fitz and me in the front. This DC-3 was originally a C-41, complete with Hap Arnold’s name plate still attached on a panel in the cockpit. There were some strange issues on that airplane, such as a non-standard hydraulic system, questionable fuel tanks, and a radar that only worked when it was in the mood.

An interesting way for a baseball team to travel.

I watched as Doug completed his usual thorough pre-flight of the aircraft. The baseball team had not yet arrived, so all gust locks were removed except for the rudder lock, which was to be removed just prior to closing the passenger door, when everyone was loaded. Doug drained the fuel tanks, using the laundry soap container which would hold almost a gallon of liquid. It was made of clear plastic, which made it easy to check for contaminants such as water, sediment, etc. Doug drained a little over a quart of fuel from each tank, noting that we had a little water in each tank. He sampled another quart out of each tank, to the point that the only liquid being drained was pure 100 octane.

The baseball team arrived, bags and ball bats were loaded, the rudder lock removed, two good engine starts, a normal taxi out, a good run-up, and all systems were go for takeoff. We departed and climbed to our cruise altitude of 6000 ft., headed for Tulsa. The weather was good VFR in Tulsa, and other than a few clouds at 4000 ft., beautiful along our route.

We did not have an autopilot, so we would normally take turns flying between VORs. Doug had just taken control of the aircraft and I settled in to enjoy the trees and lakes of Missouri going by my window.

The fuel tank selectors on this aircraft are located on the pedestal, up near the instrument panel. Although either pilot can reach both fuel selectors with a long reach, our policy was each pilot was responsible for his/her fuel selector.

“We probably ought to get some fuel out of the back, don’t you think?” I asked.

After another two seconds, it got quiet. Real quiet. As in no engine noise at all.

“Turn them back!” I yelled, trying not to sound scared to death. Doug and I had flown together many times, and he was already reaching for his fuel selector. I was right behind him on mine. Our philosophy had always been, “if something goes wrong, undo what you last did.” Both engines caught immediately; we had only lost maybe 75 feet of altitude, and we were back on our way. I turned around to look at the baseball players, expecting to see worrisome glances and wide-eyed athletes, but they were all asleep. They had no idea…

We concluded that we had bad fuel in the rear tanks. Our mains seemed OK, but our endurance was now reduced. We diverted to Springfield, Missouri, for an unscheduled stop to check the fuel, and to re-fuel as necessary.

There’s a reason you do this before every flight.

I didn’t even have to ask, as Doug grabbed the laundry soap container and stormed out. “I’m draining the tanks to see what we got!” he growled.

After the baseball team left on the bus, we peered down into the rear tanks, but of course, we could not really see anything. We drained the fuel tanks again, and only got a little bit of water in our fuel sample.

The preflight for our flight the next day included another serious draining of all the fuel tanks.

There was no water detected in our front mains, and barely a quarter cup of water from both rear auxiliary fuel tanks.

After the ballgame, we headed to Wichita. We did not use any fuel from the rear tanks on this leg. We checked for water again in the rear tanks and found hardly enough to get excited about. The next day we headed back to Carbondale. At 7000 feet, while cruising along nicely, we tried utilizing fuel from the rear tanks again. However, this time, we switched to the right aux tank, and waited a couple of minutes to see if the right engine would continue to run. Then we did the same on the left side. Both engines purred like kittens, but for a few minutes, we were on edge to say the least. We were both ready to undo what we did.

It was determined that both aux tank caps had leaky seals that would allow rainwater to drip into the fuel tanks. When the tanks were examined, it was noted that water was adhering to the fuel tank wall. Vibration during flight would cause the moisture to drop into the fuel, and cause contamination to the point where there was more water than fuel going to the engines. The tanks were cleaned, seals were replaced, and the problem was never seen again, although we still drained all the fuel tanks significantly before each flight.

Ever since that day nearly forty years ago, “undo what you just did” is always in my pocket when things don’t go as expected.

Flirting with real (and financial) disaster
Scroll to top