Blog - Latest News
You are here: Home1 / Article Archive2 / I was there3 / Some passengers you never forget 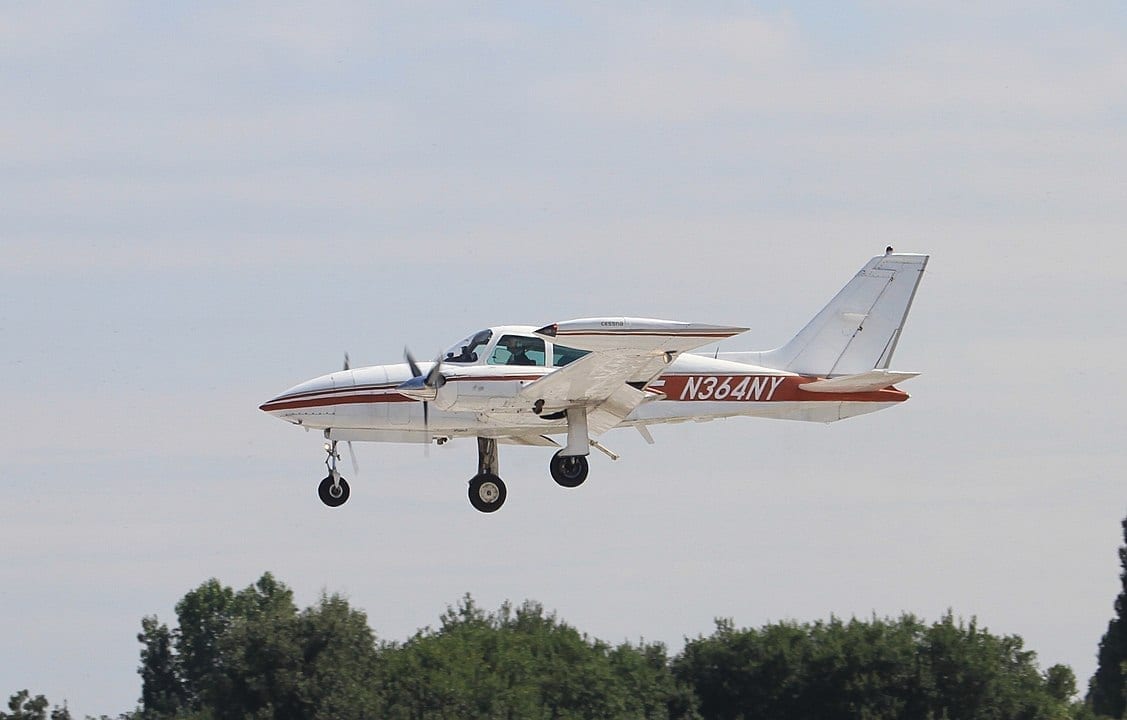 We all have a passenger or two that we simply do not forget. Could be a grandchild’s first flight smile. Perhaps a movie celebrity. A rock and roll group or a comedian. Maybe even a politician. Whether you fly professionally or as a hobby, we all have that one passenger experience that gets talked about over and over for years.

In April of 1984, my friend Doug and I were asked to come into work and fly a pop-up trip. Not together, but each in a Cessna 310R. Same departure time with separate destinations. We flew the five minutes from Carbondale over to Marion, Illinois, where we were to pick up our passengers. At this point we did not know how many passengers would be in each aircraft, nor did we know our eventual individual destinations. We were told that we would be given a destination approximately one hour before departure from Marion.

We both kicked back in the pilot’s lounge at Marion and watched TV. We bantered back and forth about where we were going. We truly had no idea but had to talk about something.

The local TV channel broke programming for a news update. They had a reporter in downtown Benton, just off the square which had been cordoned off to the general public. In the background was the federal courthouse. The trial was over for two inmates from the maximum-security facility located in Marion. The reporter said that the inmates were to be transferred to an undisclosed location, sometime today after leaving the courthouse. The Aryan Brotherhood had sworn that they were going to break out their members that were on trial. Also, in the background were many men in uniform with assault rifles.

We looked at each other. “Nah, they’re not for us…”

About that time the phone rang. Doug was told that he was going to Springfield, Missouri, and I was told I was going to Charlie Brown Airport in Atlanta, Georgia. Departure time would be in about an hour, or when they showed up. We were each to have four passengers. Both airplanes were to be pulled up to the edge of the tarmac, and ready to go.

At this point we still did not know what we were in for. Passenger names would be handled internally at our operations. We just knew that we would have four male passengers. We were pretty cool standing around our 310s on that sunny afternoon.

Then it started with the state police Cessna 182 circling the airport at about 200 AGL, directly over us, and around the runway perimeter. Three vans showed up with approximately 30 uniformed state policemen, all wearing bullet proof vests. Five sharpshooters went up onto the catwalk near the top of the control tower. The rest were armed with assault rifles and made a perimeter around our two airplanes that extended about 30 yards away. Their backs were to us, the FBO was locked down, and that Cessna 182 continued to circle our location at exceptionally low altitude.

Doug said, “I think we got the bad guys.”

No one spoke to us. We were merely standing next to our airplanes trying to look like we knew what was going to happen next. We still had no idea.

While standing there, a Piper Comanche taxied into the main ramp. The state police that were positioned ramp side raised their weapons toward the offending aircraft. This poor pilot and his wife had eyeballs as big as saucers. A policeman waved him towards the far corner of the ramp. Two policemen positioned themselves next to the Comanche. The occupants were not allowed to leave their aircraft until, I presume, after we left.

Four black unmarked vans were visible coming up the driveway at a high rate of speed. The gates were opened, and all four vehicles drove onto the ramp. A serious individual in a black suit with a bullet proof vest on underneath his suit coat jumped out of the first van and asked me which airplane was going to Atlanta, and which one was going to Springfield, Missouri. I told him and he pointed one van towards my airplane and another van toward Doug’s airplane.

I lost count how many guys in black suits were surrounding the vans and my airplane. No one smiled. No jokes. No handshakes. “I’ll be your pilot today,” was not a consideration. You could have cut the air with a knife. The back of a van near my airplane opened, and at the same time the other van rear door opened. One inmate in each van. Four federal marshals surrounded each inmate as they stumbled out of their respective van. The inmates wore orange jumpsuits and were shackled with chains around their ankles, waist, and wrists. All the chains were connected at the front of the prisoner.

This is when I took stock of the situation. Out of the approximate 50 people on the ramp that day, four did not have on bullet proof vests. Those four were me, Doug, and the two prisoners. Holy crap.

As my prisoner was shuffling towards my airplane, he said, “I’ve got to pee.” Those agents bristled. He was halfway to my airplane. A few reached for their firearms but did not pull them from their holsters. I assume it was the agent in charge that said, “Pee right there.”

Yep. Right there on the ramp in front of God and everybody. Those officers were on pins and needles. I was looking around wondering where I could dive if shooting started.

When he was done, he shuffled through the urine as he was escorted to my aircraft. There were three rows of seats in the 310R and he was loaded all the way back into the last row. The three federal marshals riding with me congregated around the entrance step to the airplane. They pulled their weapons, handed them to me and had me place them in the wing locker.

We boarded. I was in the pilot seat, and a big federal marshal was next to me, and two more marshals were in the middle row, with the prisoner in the back.

Doug and I had planned on minimum time to and at the end of the runway. Air traffic control knew what we were doing and literally cleared us for takeoff as we left the chocks. We both did rolling runups. I do not know what we would have done if a mag check was bad. We hit the runway one after the other and launched. Early turnouts were approved.

It began to get a little dark on our way to Atlanta. The marshal next to me asked if they could turn on the light over the seat where the prisoner was. “Do anything you need” was my response.

Don’t mess with the guys in suits.

I was also asked by the marshal next to me to let him know when we were thirty minutes from our destination. When my KNS 80 showed thirty minutes, I let him know that we were thirty minutes out. The marshal pulled a radio out of his breast pocket the size of a pack of cigarettes. He mumbled something into his radio. All I heard was 10-4. Thirty minutes meant that we were about 90 miles away. I have no idea what type of radio he had that would be that small and transmit that far in 1984. After his radio call, I asked him how dangerous this prisoner is that is sitting in the back of my airplane. The marshal looked at me, and with ice in his eyes he said, “he is the worst M#%&^r f*&$%r in the entire penal system.” OK then.

The sun had set completely by the time we landed at Charlie Brown Airport. I asked the marshal next to me where he wanted me to park. He pointed to an empty ramp area and said to park in a particular corner. I did as instructed and shut down. Headlights illuminated from a black van that had been invisible in the dark from across the ramp. Everyone got out before they ordered the prisoner to get out. He climbed awkwardly off the wing and said, “thanks for the ride.”

The marshal said that they would be back in about a half hour. They showed up exactly thirty minutes later.

All three had a relaxed posture that was not there before. One even smiled when he asked the flight time back to Marion.

“What would have happened if he had tried something on the airplane?” I asked.

With an icy stare, he reached into his suit breast pocket and produced a 10″ blackjack. Basically, a leather strap with lead shot in one end.

“We would have beat him to death,” was the response that sent a chill down my spine.

The prisoners’ names were not included in this article because further notoriety for these two murderers is not appropriate. A documentary was made concerning both inmates a couple of years ago. They have a fan club, and their organization is still at large.

One medevac mission turns into two