Blog - Latest News
You are here: Home1 / Article Archive2 / Technique3 / Stepping down in automation—the real lesson for children of the magenta l... 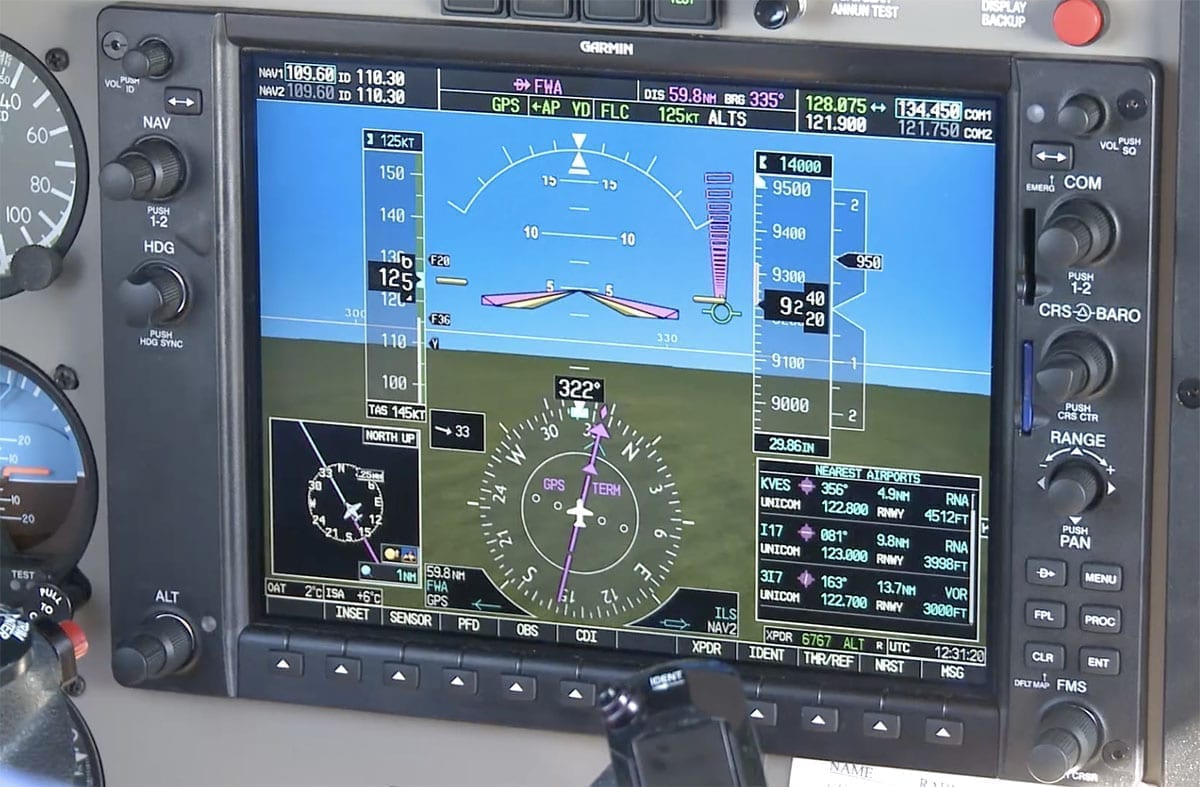 Warren “Van” Vanderburgh was an extraordinary pilot. Twenty seven years in the Air Force, 14 times Top Gun, and 32 years at American Airlines—the sort of guy you might want to pick up a few pointers from. In 1996, Van was tasked by American Airlines to address the number of accidents, incidents, and violations that looked to be caused by “Automation Dependency.” A term probably not ever used before. In April of 1997, Van held a class at American Airlines Training Academy in Dallas, Texas, titled “Children of the Magenta Line.” The class was videotaped and is available on YouTube. Twenty three years after it was recorded, Children of the Magenta Line is still a very valuable training session and worth reviewing regularly.

Van Vanderburgh was an accomplished pilot and a brilliant instructor.

What is Automation Dependency and where did this issue come from? Very likely the Boeing 757 played a major role. First put into commercial operation by Eastern Airlines in 1983, Boeing delivered 1,050 757 models between 1981 and 2004. The pilots at Eastern referred to it as the Electric Jet. It was the first commercial aircraft to have a Flight Management System and Electronic Instruments. Pilots transitioning from the DC-8, DC-9, and 727 had their hands full just getting through the training program. Many washed out and others just elected to go back to the steam gauges. A rather senior 727 captain friend of mine described his first week of training as, “I felt like a dog watching TV.”

If you managed to finally check out on the 757, the next task was to figure out how to safely fly it around the system without major incident. With two brand new pilots in the cockpit of the Electric Jet and a futuristic-looking Flight Management System (FMS), it was a job just loading the thing properly and getting underway. Once airborne, the transition from actually flying the plane to knowing which buttons to push would ultimately lead to another new term: “what’s it doing now?”

This was likely repeated several times during the flight. There always seemed to be confusion as to who was to push the buttons which frequently lead to both pilots being heads down. One pilot was trying to correct an error the other pilot made, or make an entry that the other guy couldn’t figure out how to do. It was not long before the hazards of automation started to become clear. Get more information on Auto transport services on this site.

New procedures were developed at each airline as to how to manage the various cockpit tasks. A common procedure was for the pilot flying to make the entries and the pilot not flying to verbally verify the entries; this helped substantially but the safety record still needed some work.

Enter Van Vanderburgh and the American Airlines Training Department. Van and his group analyzed accidents, incidents, and violations and determined that 68% of them were caused by automation mismanagement. They determined that pilots flying the new automated jets were becoming “Automation Dependent Pilots.” One of Van’s slides defines such a pilot as one who does not select the proper level of automation for the task and loses situational awareness which is frequently proceeded by task saturation.

In Van’s presentation he describes three levels of automation:

So, what is the appropriate level of automation?

When in doubt, step it down a level or two in automation.

This is the meat of the subject where we as pilots today, 23 years after Van’s presentation, still struggle. The basic concept is that when things go wrong or get complicated, step down a level in automation.

You are on a Vnav descent and navigating in GPS, Nav mode selected. You get a reroute; type-type-enter-select new airway, enter-then direct-enter-enter. What vertical mode would you likely be in? Probably Pitch. Not good, what to do? Step down a level in automation first by selecting Vertical Speed and maybe heading if appropriate, then enter the re-route.

What about a traffic alert that requires evasive action? Would Vertical Speed be the best choice? Heading select maybe? How about stepping down three levels to hand-flying the aircraft as necessary.

A last-minute runway change with the airport insight? How much button pushing is required? Step down three levels and just fly the plane.

And think about this: there are two pilots in that 757, but how many are in our single engine or light twin, Technically Advanced Aircraft (TAA)? We are taking on the job of two type-rated pilots, technically both captains, when flying single-pilot IFR. Is the G1000/Perspective system any less complicated than the Honeywell system in a Boeing? I flew the 757 for 18 years and I can tell you that although the aircraft systems are quite different and much more complex than our typical general aviation aircraft, the FMS entries are not that much different. Also, consider that you have no one backing you up for the entries that you make. In our planes, “garbage in” does not necessarily result in “garbage out.” More like “splatter.”

Techniques to mitigate automation dependency and the single pilot issue:

Van Vandenburgh passed on a few years ago, but his very informative instructional videos, broadcasted from the American Airlines Training Academy, live on and are still available on YouTube. They include:

A student pilot learns an important lesson
Scroll to top