Blog - Latest News
You are here: Home1 / Article Archive2 / John's blog3 / Are pilots rediscovering how to travel by light airplane? 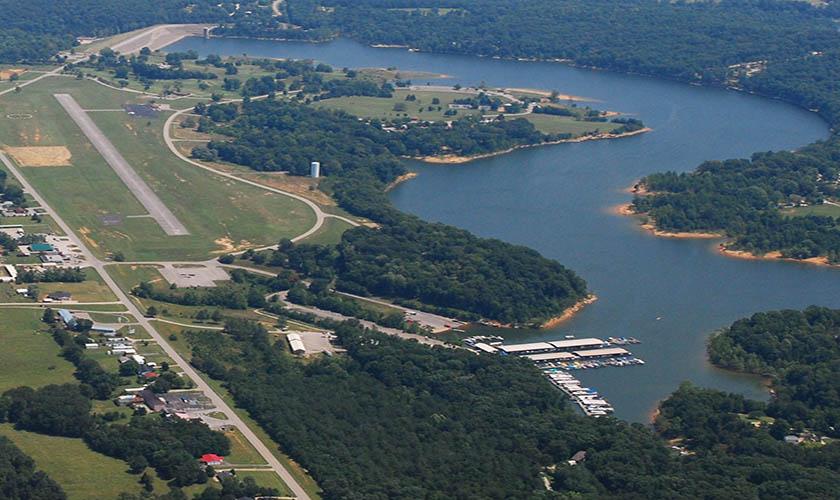 By long standing tradition, baseball players never talk to a pitcher in the middle of a perfect game—if everything is going well, why jinx it? The same mindset applies to pilots, who are often hesitant to acknowledge good news for fear of chasing it away. I’m going to violate that unwritten rule because I think it’s worth exploring an interesting development: general aviation is doing surprisingly well during the coronavirus pandemic.

If it feels like the traffic pattern is crowded and the flight school next door is busy, you’re not alone. ForeFlight reported piston airplane flying over the July 4 weekend (as tracked by their app) was up 10% on 2019, while turboprops were up 8%. AOPA reports that, after a major decline in March and April, members’ flying hours picked up significantly in June and July. Calls about financing are up too, as some pilots have decided this is the time to buy an airplane or finish a rating. This is hardly a revolution, but some GA airports are busier than airline hubs right now.

I’ve noticed the increase in activity on some of my recent trips, from the Southeast to the Midwest. A few weeks ago, I landed at Custer County Airport in South Dakota, a beautiful but remote landing strip close to Mt. Rushmore that was buzzing with activity. As I took advantage of some cheap self-serve fuel, another pilot wandered over to chat (from a very Covid-appropriate 10 feet). He was flying home to Denver in a Cessna 172 after visiting family in the area. A scenic two-hour flight in the Skyhawk was easier than a six-hour drive and safer than flying on an airline.

Two things are worth noting here. First, a lot of the strength is in light airplanes—as the 172 pilot illustrates, this isn’t just a business jet boom for billionaires escaping the city. And secondly, a lot of the activity is because people are really going places, not just practicing landings. Both of these are encouraging developments, because I believe traveling by light airplane is one of the most rewarding things you can do in life (it is the tagline for Air Facts, after all).

Some pilots may be breaking state-mandated health rules and behaving irresponsibly, but what I’ve seen so far is the opposite—pilots are using airplanes precisely because they allow for social distancing. This is part of a larger trend, as people around the world reevaluate how they get around, comparing the tradeoffs between public and private transportation.

Customers are voting with their wallets right now and airlines aren’t winning.

Public transportation is almost universally weak right now. Uber rides have declined by 75% almost overnight, the New York City subway is unusually quiet, and TSA screenings for airline passengers are down 70% from 2019 levels (although they are up noticeably from the bottom in April). While the risk of getting sick from an commercial flight appears to be low, passengers are voting with their wallets right now and airlines aren’t winning.

Private transportation, on the other hand, has seen renewed interest. Car sales in China are up 15% over last year as more commuters decide the hassle of traffic beats the risk of a bus ride during a pandemic. In America, you can’t hardly buy a bike or an RV right now because sales are so strong. Even house prices have risen, contrary to most predictions from late March, as people invest in their quarantine locations instead of concerts and restaurant meals.

General aviation certainly falls into that private category, and has benefited from the rapidly shifting social norms. Flying club members have found new value in their 1/12th ownership in a Cherokee. Airline pilots have taken early retirement or been furloughed, and they’re getting back into general aviation airplanes either for fun or for a new career. Million-milers have started to consider private aviation instead of United. And employees working from home might have just a bit more time to pursue a new activity like learning to fly. This renewed interest in aviation is not universal and it could easily fade away, but so far it seems genuine.

You don’t know what you have until you lose it, and over the last four months many Americans have realized how much they like to travel. Sure, some business trips are a waste of time and the three-hour layover at O’Hare is nobody’s idea of fun, but travel is a defining characteristic of our country. Visiting a customer five states away or taking the kids to the beach are relatively routine experiences in the 21st century, not some exotic idea from a 1930s science fiction magazine. When that easy travel went away this spring, people noticed.

A new type of travel?

In addition to how we’re traveling, where we’re traveling has also changed. With most foreign borders closed and cruise ships parked, national parks and lake houses have become 2020’s preferred destinations. For GA pilots, these are ideal places to fly—no need for 2000-mile airplane range and passports, just a duffel bag and a quick flight.

I did a version of this in July and was thrilled with the results. I used a piston airplane to take my kids on a quick lake vacation, and with a convenient airport near my destination I could do it in a day, eliminating the need for hotel rooms and other travel logistics. I never would have tried this in a car, and the nearest airline airport was over an hour away. We never got closer than 20 feet to another person, and enjoyed every minute of it.

In many ways, we’re rediscovering some great ideas from 50 years ago (heck, even drive-in movie theaters are making a comeback). While we’re mining the past, pilots should take inspiration from this time period, general aviation’s golden age. Flip through an Air Facts or Flying magazine from the 60s and 70s and you’ll see all kinds of interesting ads, some of which seem foreign in today’s world. One promoted a golf course with an airport nearby, using the catchy headline “Drop in for tee.” Oklahoma encouraged pilots to “try a flying vacation” and see their fabulous state lodges, five of which featured lighted airstrips. The message was clear: airplanes are for going places and having fun.

Some of those state park airports may be a little run down these days, but most are still around, making regional trips in the US convenient and fun. They’re part of a network of 5,000+ public airports, one of the crown jewels in America’s transportation infrastructure.

It’s even possible that technology might allow for more relaxed schedules and easier flight planning for some of these new travelers. Need to stay a day longer because of bad weather? Zoom and cell phones mean many people can work remotely while waiting for the storms to move out.

Piston airplanes might have a role to play in business travel as well. While the Fortune 500 companies are using their business jets, smaller companies might appreciate the privacy and flexibility of a Cirrus or a Cessna 310. If people really leave big cities like New York or San Francisco due to remote working policies (a popular prediction right now that I’m a little skeptical of), workers could find themselves living much closer to a general aviation airport than before. It’s easier to start flight training in Manhattan, Kansas, than Manhattan Island.

Of course to support real growth in general aviation flying, we’ll need to train new pilots. That will take a renewed commitment to flight training. In addition to ads about fly-in destinations, those aviation magazines from 50 years ago were also packed with encouragement for new pilots. Full page Cessna ads show the simple 150 and offer $5 intro lessons. Another one offers renters a convenient new option: “Lease-a-Plane offers America a new system in General Aviation. Now you can rent a plane as easily as you rent a car.”

Magazines from the 1960s and 70s were packed with ads for fly-in destinations.

Such ideas are unlikely to come back, but newer ones offer some hope. AOPA’s recent work to grow the number of flying clubs is starting to pay off, with over 1,000 groups in their database. These offer affordable flight training programs with a social infrastructure to keep new pilots engaged, and should be the first point of contact for many new pilots. The growth of the experimental airplane community means pilots can travel in comfort without spending $500,000 for a new airplane.

Another new technology might help pilots at the very earliest stage. Microsoft’s new Flight Simulator game, out this month, represents the first totally new simulator in years and looks simply amazing. It’s attracting a lot of attention, from the general public as well as aviation enthusiasts. I know Microsoft Flight Simulator was a critical step in my path to becoming a pilot, starting in the early 90s; perhaps the latest edition will hook the next generation while they’re spending more time at home.

Of course I don’t really want to go back in time, and nostalgia can be crippling as well as inspiring. Leisure suits and high inflation can stay in the 70s. In aviation, I’d much rather have datalink weather and WAAS approaches than Flight Watch and NDBs. Other than fuel prices (which are 30% higher today than they were in 1980, adjusted for inflation), I agree with Richard Collins’s philosophy: “may the good old days never return.”

It’s also easy to overstate general aviation’s recent strength. There is still plenty of bad news in the world, whether it’s significant Covid-19 outbreaks or massive airline layoffs. A small bump in flight activity does not signal a return to the glory days. However, we shouldn’t bury our head in the sand either. In the wake of a once-in-a-lifetime public health crisis and economic collapse, the fact that our little corner of the aviation world has survived is worth celebrating. More importantly, it’s worth building on.