Blog - Latest News
You are here: Home1 / Article Archive2 / Technique3 / The 180-degree turn: a life-saving maneuver for all pilots (even test ... 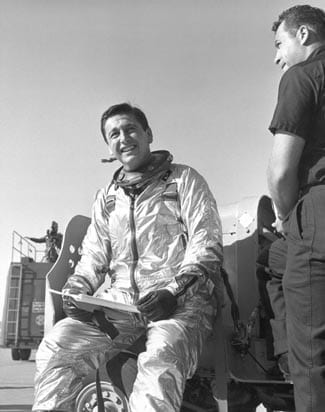 Under certain circumstances, a 180-degree turn is the greatest life-saving maneuver that can be performed in an aircraft. I can personally attest to this fact, as it is highly likely that I’m here writing this thanks to a certain 180-degree turn that I made many years ago. That also applies to my three passengers at the time, hopefully still happy and healthy, wherever they may be.

Among the circumstances when a 180 may come in handy are thunderstorms, icing, lowering ceilings if VFR, and deteriorating conditions at the destination. The one exception is following an engine failure shortly after takeoff in an attempt to return to the airport. Then it will kill you.

As much as pilots are indoctrinated with the life-saving benefits of the 180-degree turn, they are often loath to exercise it. This is because they are focused on arriving at their destination and anything that interferes with that goal is considered an irritation, despite the fact that they may die trying to get there. The accident reports are full of such events.

Scott Crossfield was a legendary test pilot, but even he could not defeat Mother Nature.

Recently, I was reading a biography of aviation legend Scott Crossfield. He started his career as a Navy instructor pilot in WWII. He was eventually assigned to an operational squadron, but the war ended before he saw combat. After the war, he continued in the Naval Reserve, flying Corsair fighters. He joined NACA (forerunner of NASA) in 1950 and became a test pilot at Edwards Air Force Base, where he flew many different types of experimental aircraft in the 1950s and 60s. He was the first pilot to fly at twice the speed of sound. Perhaps most notable were his flights in the legendary X-15, a hypersonic, rocket-propelled aircraft that eventually achieved speeds in excess of 4500 mph and altitudes in excess of 50 miles. As a young aviator, I was an avid follower of Scott Crossfield. He was one of my aviation heroes.

In July 2005, I went to the Experimental Aircraft Association’s AirVenture event in Oshkosh, Wisconsin. While attending a presentation with a crowd of people, I stood almost shoulder to shoulder with Crossfield. There were so many people there it was impossible to greet him or and shake his hand, which would have been a thrill for me, but I did manage to get a picture.

On April 19, 2006, Scott Crossfield was tragically killed while on a cross country flight in his Cessna 210, en route from Prattville, Alabama, to Manassas, Virginia. He had penetrated an area of extreme thunderstorm activity and the airplane experienced an in-flight breakup. He was 84 years old and the sole occupant of the aircraft.

In the NTSB final report several factors were discussed. Although he was well aware of the possibility of severe weather during his flight planning, it is not clear how much information he may have had about the thunderstorm that killed him. One thing that is made clear in the report is the air traffic controller was faulted for his failure to warn him of extreme thunderstorm activity along his route of flight, even though the controller was well aware of it. Scott’s last transmission after he had penetrated the thunderstorm without any warning from the controller was to ask for a course deviation to the south. By then it was too late and contact with him was lost shortly thereafter. When this accident happened, just about everyone I know in the aviation community was touched by it and felt his loss. For pilots, it was the day the music died.

Scott Crossfield was shaped by his early flying career as a naval aviator, then as a test pilot for NACA, and later North American Aviation. One paragraph he wrote in his biography resonated with me (reproduced below). The last sentence was startling in its revelation, especially with respect to the accident that took his life. It described an event which occurred when he was a naval aviator on a flight from Seattle to Denver. He and his wingman had become separated from a larger group of aircraft and were trying to find Denver. This is back in the days before GPS, when air navigation was considerably more challenging. The following is the excerpt from the book describing this event.

Helsell and I were doing our damnedest—almost. Used to conserving fuel, another of our private competitions, we were still in the air looking for Denver. Every time we saw a house we zoomed down to see if it held a clue. Convinced that Denver lay to the northeast, I made one more attempt to find it. We flew northeast and came up over a ridge right into the face of another black line of thunderheads. I began to lose heart. It was almost dark, we had only a half-hour’s fuel, the radios yielded only static. To plunge into that thunderstorm flying blind, in the Rocky Mountains, with the distance to Denver unknown, could be idiotic.

“What do you think?” I radioed Helsell.

“Do you think we should turn back?” he answered.

And turn back we did, searching for the nearest airfield. At the point of turning we were exactly twenty-three miles southwest of Denver, or about six minutes by Corsair. The thunderstorm line was thin and lying on the last ridge before the mid-western plains. Denver was clear as a bell. If we had pressed on for six more minutes, we would have landed, salvaging part of the day, heroes, pride of the Navy. Instead we were bums. We landed on a mountainside field — elevation 9700 feet — in a small town called Fairplay, Colorado, and joined the skipper and three other pilots who had followed the same course.

When I found how close we had come, I was mortified. The next day when we got to Denver, after the Navy sent a gasoline truck to refuel us, I was even more mortified. Captain Greber flew down from Seattle to chew us out.

“I can understand the torpedo planes grounded in Helena, out of commission,” Greber said. “I can understand one plane, or maybe two planes, getting lost. By really stretching my imagination I can conceive of maybe six planes getting lost together. But fifteen airplanes, in largely clear weather on a four-hundred-mile flight! An hour-and-a-half hop. It’s beyond belief.”

He was right. It was the most incompetent, unprofessional, ridiculous performance I had ever seen in the air, one that I could have tempered if I had held to my convictions and not quit. Worse was the fact that my decision also made Helsell look like a chump.

This brilliant maneuver did little to boost recruiting in Denver, but it brought VF-74 fame of a different sort in Navy circles. For me it was a great personal lesson. Not once since then, either on land or in the air, have I ever turned back from any course that I set upon, no matter how dark the clouds that lay ahead. (underline added)

[Excerpt from Always Another Dawn: The Story of a Rocket Test Pilot, by Albert Scott Crossfield (Pontoon Books)]

In order to perform as a test pilot, Crossfield had to constantly push the limit. He did this with skill, courage and determination. He had to cross the line many times to penetrate the unknown. This was the very essence of his role as a test pilot and what made him so good at it. But it is possible that on April 19, 2006, this admirable quality may have conspired to end his life, along with other factors, such as the lack of information from an incompetent controller. I have the utmost respect for Scott Crossfield. He is still among my all-time aviation heroes, and I lament the fact that he was lost in an accident that seemed so avoidable.