Blog - Latest News
You are here: Home1 / Article Archive2 / John's blog3 / What will general aviation look like after COVID-19? 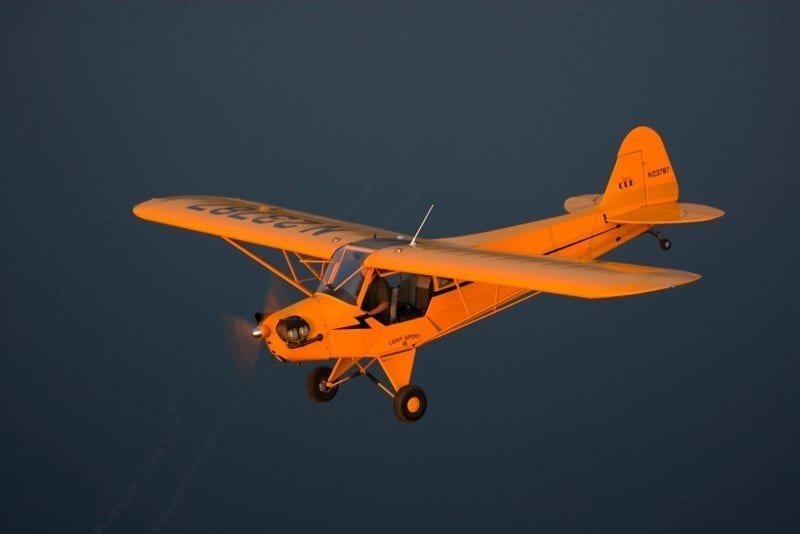 Making predictions about COVID-19 is a fool’s errand right now, with a year’s worth of news happening in a week. When will schools open? When will sports stadiums again host packed crowds? The best guesses seem to change by the minute, so I for one am not making any predictions about these topics.

But that doesn’t mean we can’t think in broad outlines about the future of flying. While the medical community is focused on finding a vaccine and parents are contemplating the merits of online schools, many pilots are thinking about what changes we might notice at the airport six or twelve months from now. There is plenty of analysis to read about the airline industry and the challenges they face (a lot). But what about general aviation?

I’m obviously biased because I love light airplanes and the freedom they offer, but I genuinely believe general aviation will come out of this crisis stronger. This isn’t just wishful thinking; there are reasons to be optimistic about our small corner of the transportation world.

Consider why most pilots choose to fly in the first place. It’s typically for one of three main reasons: for fun, for transportation, or for a career. At least two of those three seem to be on very solid ground.

in the virus era, the isolation found aloft is a feature, not a bug.

Recreational flying should be relatively unscathed by COVID-19, at least once the expected recession comes to an end. In the short term, some pilots will be nervous about flying purely for fun during shelter in place orders, others will be worried about family finances with unemployment rising fast. But after these immediate threats subside, taking a Cub or RV-12 for a lazy flight down the river will be a very safe way to have fun—in the virus era, the isolation found aloft is a feature, not a bug.

Besides, with fewer concerts or sporting events, there will be less competition for time and money in the family entertainment budget. A flying club might offer some sense of social interaction but in a more controlled way, plus the option to fly for fun. Light airplanes could start to look pretty appealing when compared to some larger group activities.

Pilots who fly for personal or business transportation purposes face a slightly more uncertain future. Some people are writing dire predictions about how business travel and face-to-face meetings will never be the same. I don’t doubt there will be a lasting impact from this forced experiment in digital meetings, but we often overestimate how much fundamentally changes after a crisis. Business travel took a major hit after 9/11, but it did not disappear. Less than three years after the terrorist attacks of 2001, airline travel was back above its previous peak. The major changes were mostly in the type of flying (more low cost carriers, fuller airplanes), not the actual amount of flying.

In fact, I think this time of isolation may reinforce how valuable in-person meetings are. Certainly not all of them, but among your most important colleagues and customers there is simply no substitute for being in the same room—no matter how good you are at Zoom meetings. You might skip the handshake, but I can’t imagine major deals will be sealed from thousands of miles apart. My experience over the last month with Skype calls, Teams meetings, and Hangouts chats has been helpful for keeping things going, but it has also been very inconsistent and occasionally quite frustrating.

When this type of travel does come back, general aviation and business aviation will be highly preferred over airline flights. The certainty of knowing who you’re flying with is worth a lot, and those quiet country airports you visit by light airplane might start to look quite safe compared to LaGuardia or LAX. With good planning, a private flight can also save an overnight stay in a hotel and thus any associated concerns about additional exposure. Some large companies have long prohibited senior executives from traveling by airline, and more recently fractional jet companies have started moving their pilots around using empty legs on corporate jets in order to avoid airlines. These policies may become more widespread, at least for a while.

The desire for personal travel will be even stronger than business travel. After months of no contact with grandkids and close friends, I suspect many pilots’ first long flight will be to visit loved ones. What better way to do that than a Cessna or Cirrus? With avgas prices dropping under $4/gallon in some areas, the economics will look better than they did just a few months ago.

Anecdotally, I’ve found many people are rediscovering their families after being “forced” to be together for weeks uninterrupted. That statement sounds sad at first, and there have been some sarcastic jokes about the pain of home schooling kids, but plenty of parents have also realized that children should be loved as people, not managed like expensive assets. Maybe the rat race of school, travel sports, music lessons, and SAT classes isn’t worth it, and a family vacation is a better investment than a new Mandarin tutor for Johnny? If so, then a general aviation trip to the nearest beach or national park is going to be a great option. Such a vacation will certainly be possible much sooner than a long international airline flight to a country with strict quarantine rules.

Airline pilot hiring goes in cycles—what will the next one look like?

That leaves us with flight training, and this is definitely the biggest question mark. Just two months ago, the world was suffering from a long-running pilot shortage, with airlines taking elaborate steps to attract and hire new pilots. Some were even buying flight schools to fill the pipeline with prospects. Overnight, this “problem” has been solved. Will it come back?

The exploding demand for airline pilots has certainly gone away, at least for now. Many airlines have cut their schedules by over 90%, and some have gone out of business completely. Any recovery from this hole will take time, and probably major progress on the healthcare front.

But it’s worth remembering that the other side of the airline pilot market, supply, has not fundamentally changed. The demographic trends can’t adjust overnight, and the US airline industry still faces significant retirements over the next five years as the Baby Boomer generation reaches age 65. An analysis last year showed that the peak of airline pilot retirements would not hit until 2022 or 2023, perhaps right around the time airline travel is booming again. The military is certainly not turning out large quantities of pilots, so the best supply of new regional airline first officers will still be general aviation.

Some things will undoubtedly be very different at these flight schools. Health may be monitored much more carefully, so pilot and instructor temperatures might be checked alongside the fuel and oil levels. Yokes, throttles, and touchscreens may be cleaned thoroughly between flights, in addition to the windows. Some ab initio schools may operate like semi-quarantined campuses. Whatever changes we have to live with, flight training will be back—our pilotless future is still many years off. Plus, learning to fly is a one-on-one instruction model, so the solutions for flight schools will be easier than those affecting university lectures and other large gatherings.

Many pilots are wondering when this whole virus mess will be “over” and our aviation lives can return to normal. That’s the wrong question to ask. Sure, a vaccine will hopefully solve our problem one day, but COVID-19 is a fact of life for the medium term. We need to solve the health crisis in order to solve the economic crisis, and only then will we be able to deal with many of the problems unique to aviation. In the meantime, travel restrictions may lift, only to be put back in place if another outbreak happens. That uncertainty argues for flexibility and creativity, and that’s the hallmark of general aviation.