Blog - Latest News
You are here: Home1 / Article Archive2 / I was there3 / A minor electrical problem in Vietnam becomes a major problem 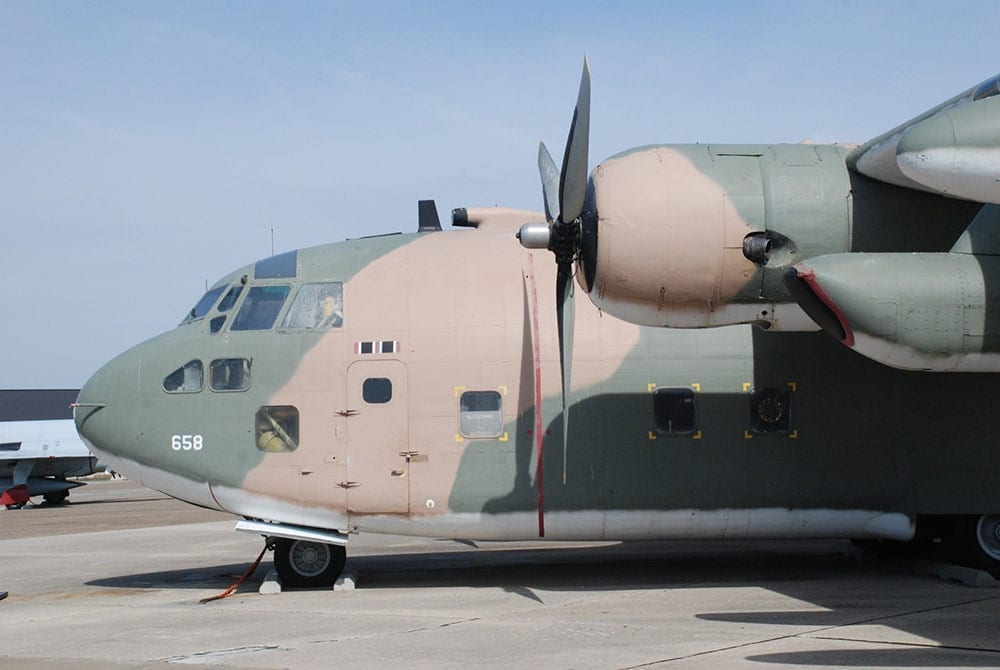 I was stationed in Saigon, Vietnam, with the 19th Air Commando Squadron, flying C-123 aircraft. The missions that we flew each day were given to us on a printout, and each segment was on a separate line that we called a frag (fragment) mission. This day, our last frag mission was to fly to Can Tho to pick up a load of supplies for a Special Forces team up near the Cambodian border.

We loaded up the supplies and then took off and headed for the Special Forces team. At level off, we got out our booklets and looked up the frequency for the radio at our destination. About 15 minutes out, we made a call to the team informing them that we would be there shortly. We were informed that it would take a little bit of time for them to load up and come out to the airfield and secure it. It took about 20 minutes before we got the call that they were in position and had secured the runway. He also told us to land to the north as they had only secured the north end of the field. The runway had been cut out of a heavily forested area. It had trees on both sides of the runway, and at the south end. We landed to the north and swung around into the parking area that had been cleared at the north end of the runway.

The C-123 was a workhorse in Vietnam, delivering loads to some barely-improved landing strips.

This was our last mission for the day, so when the major with the Jeep struck up a conversation, we were eager to participate. I’m not sure how long we talked but the sun, which was setting when we arrived with our load, had gone behind the trees and it was now twilight. The major said he needed to get going because he did not want to be out on the road after dark. It was just too dangerous. He hopped in his Jeep and left. We watched him go and I said, “there goes our security.”

We scrambled towards the aircraft and I headed straight for the cockpit. The flight mechanic fired up the APU (power supply). As I got into the cockpit, I hit the starter switch for the number one engine. Nothing happened. I called back to the flight mechanic and asked him if he had the APU online. He said yes he had it online. I tried the number one starter again with no results. I reached over and hit the number two engine starter. Again nothing.

I called back to the flight mechanic and told him to switch the APU offline and back on again. I tried the number one starter again with no results, so I determined that the APU was not coming online for some reason. I knew from my training that the battery would not come online if it was putting out less than 18 volts. I also knew that our security was putting distance between us and them.

We had an emergency communications switch in the console to put on one of the radios with no power to the aircraft bus. I pushed the button so I could get the radio to call our security back, but it would not depress. I tried several things to get it to move but it would not. I even took the heel of my boot and put it on the switch and tried to push it in. It would not budge. That eliminated all calls for security and for help from the Airborne Launch Control Centers or aircraft in the area.

He located the avionics manual and handed it to me. There was a large folded chart inside the manual, which I opened up and spread on the floor of the cargo compartment. It was an electrical diagram for all of the avionics equipment. As I was looking over the chart, I noticed an area that was enclosed with dashed lines and labeled “electrical power junction box.” It also said that the box was located in the right wheel well.

The right wheel well area is covered with large metal panels with Dzus fasteners fasteners holding them in place. I told the flight mechanic to get some screwdrivers—we needed to remove some panels. There are numerous Dzus fasters in each panel, so it took a little bit of time to get all of them loosened in order to remove the panel. Finally we were able to get the panel off.

When the flight mechanic removed the panel I got down and looked inside the wheel well. On the forward wall there was an electrical junction box that had slide fasters with thin copper wire securing the fasteners. I reached inside the wheel well area and ripped the copper safety wire off of the fasteners. I then reached in and slid each of the fasteners away from the securing posts. As I pulled off the cover from the junction box, the flight mechanic and I both saw a wire drop away from the inside of the box and hung down on the outside.

I started thinking about how I was going to get the wire to stay in place on the terminal strip. I then remembered the copper safety wire that I’d pulled off of the slides, holding the panel cover in place. I asked the flight mechanic to retrieve the wire and hand it to me. I doubled the wire and wrapped it around the broken post on the end of the wire that had fallen out of the junction box. I then wrapped the other end of it around the post that had the remaining part of the connector still bolted to it. I told the flight mechanic to switch the APU online and told the other pilot to try the starter switch on one of the engines.

There are a lot of wires that need to stay connected to run this airplane.

It didn’t take long until I heard the noise of an engine turning over. I yelled, “okay, let’s get the hell out of here.” I also told the flight mechanic not to worry about the panels; the aircraft would fly fine without them.

I then scrambled to the cockpit and hit the starter switch for number one engine as I slid into the seat. As soon as I had number one running, I started number two. We finished the checklists as rapidly as we could and I decided to take off to the south as quickly as we could. By the time we broke ground, it was definitely well into twilight time.

I don’t know if we were in any danger from the Viet Cong being there with no securing force, but I do know that I was extremely relieved to be able to get out of there. If we hadn’t been able to fix it, there would’ve been considerable time before they (the ALCC or our squadron) realized that we hadn’t checked in. We may have been forced to spend the night there defending ourselves because of several factors. First, the runway had no runway lights. Second, the runway was completely surrounded with thick trees. Third, we had no radios to communicate with anyone, and no power to turn on any lights to help them locate us.

If we had been forced to defend ourselves, each of the four of us carried as sidearms .38 caliber revolvers. In addition, each flight carried a gun box consisting of M-16 rifles and 500 rounds of ammunition—certainly not enough to defend ourselves from a large attacking force.

Lesson: learn as much as you can about the aircraft that you fly. You never know when it might come in handy to keep you out of a lot of trouble.