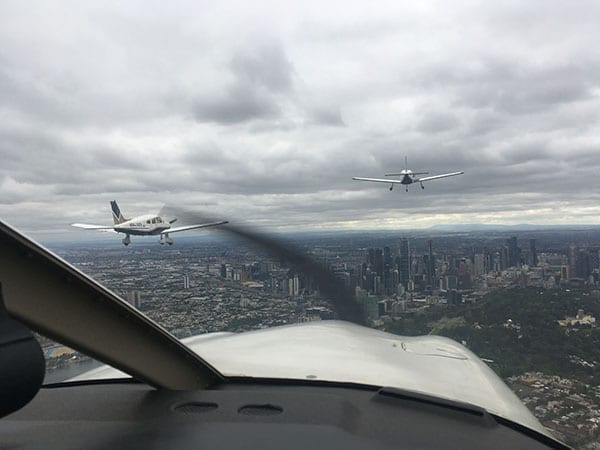 The view: The city of Melbourne, Australia, while approaching the Shrine of Remembrance

The mission: Flying over the Shrine of Remembrance on November 10th (Remembrance Sunday)

The memory: The beautiful view of Melbourne and the Shrine (just visible over the inspection hatch on the cowl of our plane) as we flew in a formation of four aircraft over the Shrine in honour of those who had fallen in combat. Neil Sidwell
Born in England, Neil's love of flying started after reading Biggles books while bed-bound with tonsillitis at age 10. Later he cadged flights in Cessnas or Pipers with his former Scout patrol leader, now a pilot. After moving to Australia years later he started flying lessons with Recreational Aviation Australia, and gained a Pilot Certificate at age 54. His first purchase was a half share in a Gazelle. Now retired from a career in IT, he owns a Savannah LSA, and is building a full-size replica Sopwith Pup in his garage/under his pergola. He is hoping that will be finished in the next year... or two... or...

The illusion of see and avoid

Is software enough to keep pilots safe?
Scroll to top