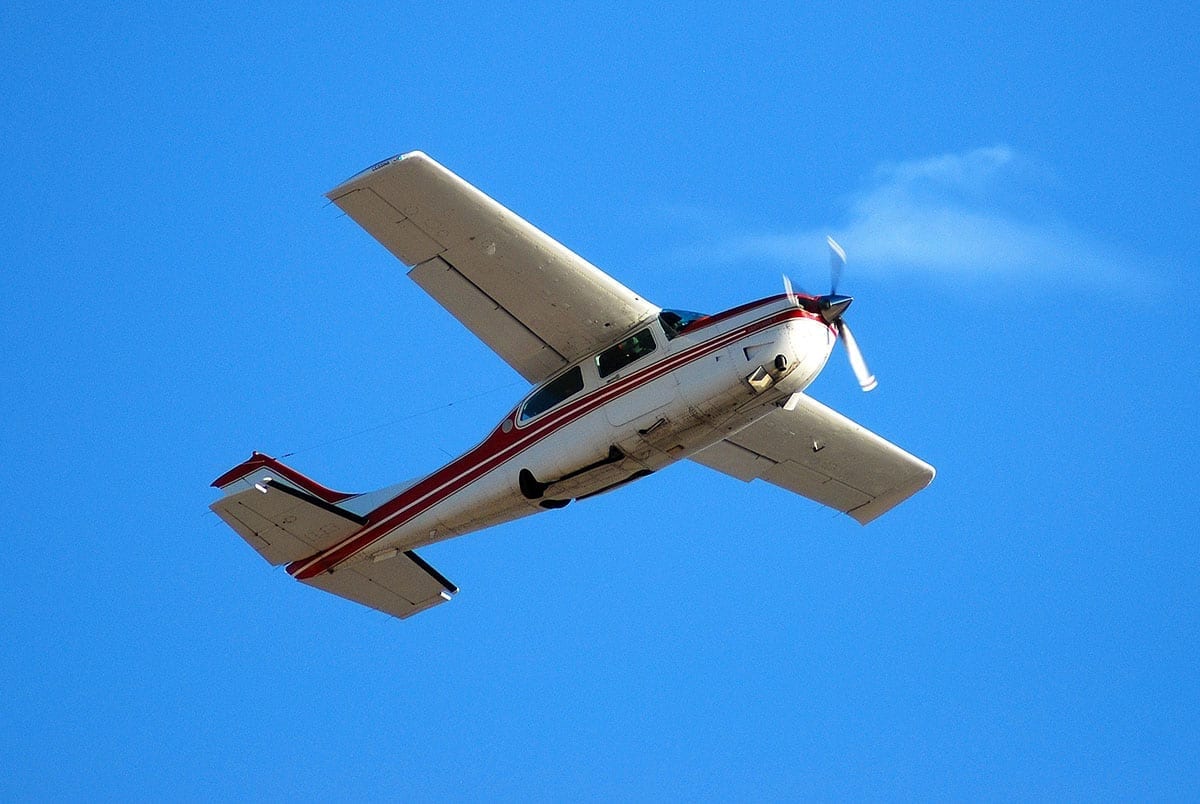 Every airplane model has a personality; some even have a stereotype. The V-tail Bonanza is either a joy to fly (according to owners) or a doctor killer (according to the internet). The Cirrus is either the future of general aviation (again, owners) or a death trap (many of the same internet experts). Beauty is most certainly in the eye of the beholder when it comes to airplanes.

So when a friend recently asked what I thought of the Cessna 210 Centurion, I hesitated. I felt qualified to offer an opinion since I flew one for about five years in the early 2000s, but I also felt obligated to go beyond cliches. I have very fond memories of the 210, but it is a love it/hate it type of airplane – its strengths are unique, and its weaknesses are maddening. (Note that I’m excluding the pressurized P210 model, which is an entirely different animal, and exhaustively analyzed by Richard Collins here.)

First, the reasons to love a Cessna 210. While many pilots obsess about cruise speed or short field takeoff length, I always found the 210’s incredible load-hauling ability to be a breakthrough in performance. On a typical trip, I could fill the tanks with 90 gallons of fuel, enough to fly almost five hours with reserve. Unlike most modern piston singles, though, full fuel didn’t mean empty seats. I could still put almost 1000 lbs. in the cabin, and I often did. That meant four 200 lb. adults and lots of baggage, something that isn’t possible with most Bonanzas or Saratogas. With less than full fuel, I could stay in the envelope even with six adults and bags. The back two seats in a 210 are not exactly spacious, but they work well for shorter flights or for kids.

Those cantilevered wings can haul a lot of fuel and passengers.

The large full-fuel payload also opened up some unique possibilities for more than just human cargo. With one of the middle seats removed, the cabin could accommodate all kinds of gear. I once flew two people and a complete, 4 ft.-long cornhole set (Google it – it’s a lawn game) to Put-in-Bay, a small island in Lake Erie. Some friends in an Aztec and a 182 couldn’t find a way to make it work, but it was easy in the Centurion. For the same reason, many check-hauling operations flew 210s for years, criss-crossing the country at night with cabins stuffed full of canceled checks. With the strut-free high wing, cargo loading was painless. The 210 was the original “if it fits, it ships” airplane.

The flexibility in the cabin led to another character trait: its truck-like handling. Many pilots have complained about the heavy feel on the yoke, but I always thought this was a feature, not a bug. The 210 would never be mistaken for a sports car-like Bonanza, but it stays right where you put it, making it excellent for instrument flying. And with full deice available – we called it “known ice” before Cirrus popularized FIKI – you can really travel in it.

A trip into Washington Dulles one day in 2004 sold me on the airplane. First, I had the pleasure of flying an honest-to-goodness holding pattern, one of only two I’ve ever flown for real in my 24 years of flying. ATC was nice, but it was clear that I needed to spend some time in the penalty box while the unbroken line of airliners blew past me. Of course I was IMC, of course there was a little ice, and of course there were a few bumps over the eastern edges of the Appalachian Mountains. I won’t say it was fun, but it was certainly no big deal in the 210. The TKS deice fluid kept the wing reasonably clean and the airplane stayed steady in the light to moderate turbulence.

When I was released after four turns in the hold, the controller asked what speed he could expect from me on final. I knew he was bracing for an inconveniently low number, so I was proud to surprise him with 150 knots. The 210 I flew, a 1980 model with no rear gear doors, boasted a maximum gear speed at the bottom of the yellow arc, so I used the landing gear like a speed brake. Coming into Washington, I kept the power up until three-mile final, then dropped the gear and ten degrees of flaps. In no time I was slowed below 100 knots and made a smooth landing on the two-mile long runway at IAD. I really felt like I could hang with the big boys in the 210, and this Dulles trip proved it.

Passengers seemed to enjoy the 210 as well. With no wheels or struts in the way, the view out the window was unparalleled and sightseeing on a long trip was good fun. Without my saying anything, passengers’ noses always seemed to be pressed against the glass right after takeoff. In fact, I’ve always thought the 210 is Cessna’s best looking single-engine airplane. Loyal Cardinal owners may disagree, but it just looks sleek on the ramp.

Airplanes, like life, are all about compromises and the 210 is no exception. High on the list of reasons to hate the airplane is maintenance. A new owner who approaches annual inspection with a 172 mindset will be quickly disappointed. The fuel system is complicated, turbocharged models need a little extra TLC, and some parts are hard to find. Many 210s have also lived hard lives as freight airplanes and have the skimpy maintenance history to prove it.

The gear is innovative, but complicated. (Photo courtesy of Bruce Burley)

Without question, though, the weak point of a Cessna 210 is the landing gear. It’s a complicated dance to get those wheels folded into the fuselage of a high-wing airplane, and the resulting system demands good maintenance. An inexperienced mechanic who misses a minor squawk can create a much bigger problem when one wheel doesn’t come down in flight. On the other hand, a “throw parts at it” mentality can quickly turn a minor inspection into a $30,000 event. Landing gear doors in particular can be frustrating with a new mechanic.

From the pilot’s perspective, there are also compromises. Compared to a Cirrus SR22, Cessna’s top-of-the-line single is complicated, with gear, prop, and cowl flap controls to manipulate. A typical after-takeoff flow for me in the 210 was to count 1-2-3 twice: three handles and three levers. That meant gear up, flaps up, confirm cowl flaps open; then throttle reduced, prop RPM reduced, mixture leaned. In a Cirrus the only thing to do is raise the flaps and enjoy the view. Certainly all those levers are manageable in the Cessna, but it does require extra work – work that can quickly add up during single pilot IFR flights. The accident record shows that quite a few 210s land gear up every year, and while some of those are caused by mechanical failure, many are caused by inattention and poor procedures. Such an accident isn’t possible in a Cirrus.

The original Cessna 210 was certified 60 years ago, and went through dozens of design changes over its 27-year run. What started out as a bump-nosed airplane with strut-braced wings evolved into a sleek cross-country traveler. And yet 33 years after it went out of production, there is no modern version of the Cessna 210. Cessna brought back the 172 and 182, but not the 210. Why?

The unfortunate reality is Cessna couldn’t make a 210 today – at least not one that would sell. Cessna always hinted that the fully cantilevered wing was expensive to make, and it’s notable that all of the single-engine airplanes currently manufactured by Cessna feature strut-braced wings.

Even if the 210 were made in 2019, the full fuel payload would probably be significantly lower under current certification standards. With 26G seats and extra soundproofing, the post-1997 Cessna 172s and 182s have about 25% lower useful loads compared to pre-1986 models. And with new 172s selling for over $400,000, it’s easy to imagine a million dollar 210. Would anyone want a weight-limited, retractable gear piston single for $1 million? Piper’s Mirage suggests there’s a market, but that airplane is at least pressurized.

We’ll never know, because Cessna took the opposite approach, buying the Columbia 350/400 series and trying to out-Cirrus Cirrus. The result was failure and another shuttered production line, even though the airplane was a great performer. Maybe the answer is a high performance high wing, not a low wing composite?

For now, the Centurion flies on as an older but still refined airplane. For the owner who’s serious about maintenance and proficiency, it offers good cruise speed, huge load-hauling capabilities, and honest flying qualities. I’m not sure I want to own one again, but I’d sure love to fly one again.

Want to share your love it/hate it airplane? Email your article to [email protected]

Go or No Go: beating the storms?
Scroll to top