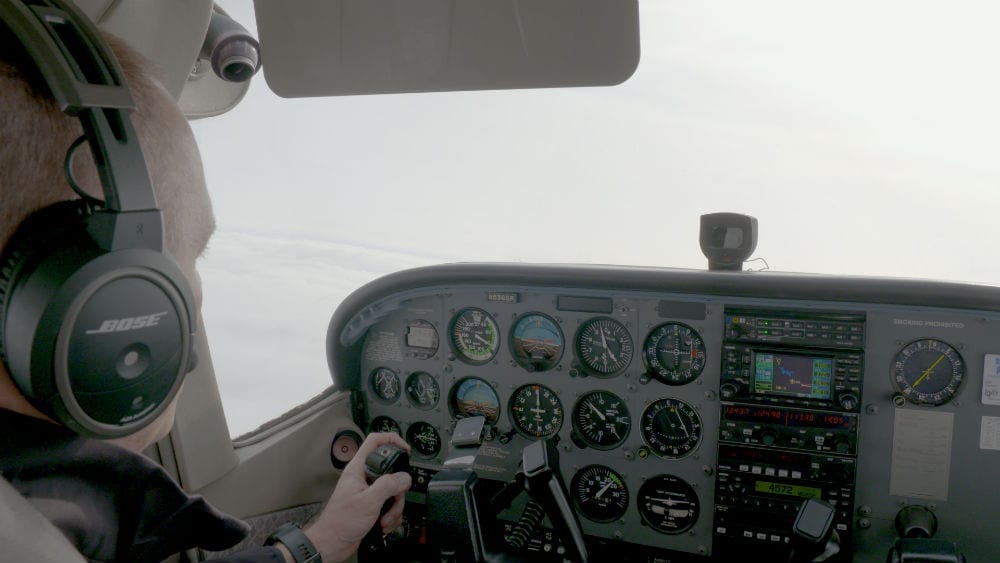 Would more pilots fly IFR if it were easier to get an instrument rating? Would it improve aviation safety if they did? A recent proposal by the European Aviation Safety Agency (EASA) to create a “basic instrument rating” should have pilots asking those exact questions, and not just in Europe.

EASA’s plan is part of the organization’s GA Roadmap, launched in 2015 to create “a simpler, lighter and better regulatory framework for general aviation.” Think of it as the European version of the FAA’s Risk Based Decision Making Strategic Initiative, a collection of recent moves to make regulation less cumbersome. Whether you trust the government or not, the fact is that both organizations have made sincere efforts to simplify many parts of the aviation rulebook, from avionics certification to medical exams.

More than just an idea, the EASA proposal has details.

The problem in Europe is that instrument flying is relatively rare compared to the US. Whereas a pilot might think nothing of filing IFR to fly from Columbus to Chicago, a pilot flying from Birmingham to Brussels would have to be pretty dedicated to go IFR. Understandably, many think this creates bad incentives and reduces both flying activity and safety margins. EASA hopes that, “With better and easier access to IFR flying, GA pilots would be able to plan A-B flights with more confidence of safe completion. They would be less vulnerable to changing weather conditions and the associated risk of continuous visual flight rules (VFR) flights into instrument meteorological conditions (IMC).”

The main change would be to remove minimum training hours and evaluate pilots strictly on competence. Hardly radical, but there’s also encouraging language about how “the training will be focused on the real-world instrument flying needs of GA pilots, with particular emphasis on practical application of threat and error management.” The goal is to teach a general aviation pilot to fly IFR in a light airplane, not make a CAT III landing at Frankfurt.

There are limitations with the basic instrument rating, including:

Notably, the performance standards are not lowered. As EASA admits, the testing requirements are basically the same as for the US instrument rating.

Would it work in the US?

The particulars of the EASA proposal aren’t important; it has a long road ahead, so nobody will be earning one anytime soon. It’s the concept that should make US pilots (and regulators) think.

When considering such an idea for the US, the first question is whether it would find acceptance among pilots. After all, what’s the point in having a new rating if nobody applies for it? Unfortunately, we have to admit that “lite” pilot certificates do not have a great track record – just 50 new Recreational Pilots and 500 new Sport Pilots are added to the FAA database every year. Both certificates were attempts to simplify the flight training process (thus reducing time and expense). Both haven’t worked out so well.

To be accepted by the aviation industry, CFIs would have to buy into a basic instrument rating.

There are significant limitations to both certificates, but more importantly, many longtime pilots, acting as the white blood cells of the aviation community, seemed to quickly surround these new options and attack. Often these objections were couched in terms of safety, and you can guess the questions you’d hear about a basic instrument rating too: “What if you get in clouds and the ceiling is lower than forecast? What if you have to land at a big airport and mix it up with the airlines?”

This gets tiresome in a hurry because it’s hardly limited to new certificates or ratings. What if a non-instrument rated pilot takes off VFR and the weather turns out to be lower than forecast (absolutely possible with today’s Private Pilot limitations)? What if you are flying IFR in a 172 and you find moderate ice (absolutely possible with the “advanced” instrument rating today)? It’s impossible to train every pilot for every eventuality; the right instruction teaches broad principles and then teaches how to match the right skills to the expected risk. That’s the whole idea of personal minimums, which is essentially what the basic instrument rating is.

Such what-if games are not really about safety, though. Often, they are simply a socially acceptable way of saying, “real pilots get a real instrument rating.” Or to put it another way, “I had to earn my license; you should too.”

The only way to fight that attitude is for flight schools – the ones that really train pilots – to see value in it. If a new rating actually improved course completion rates and increased flying activity, that might win over skeptical CFIs and flight school owners. Some flight schools (including Sporty’s Academy) successfully use the Recreational Pilot certificate to do exactly that, making it a stepping stone to higher certifications. But such modular flight training is rare.

Would it increase IFR flying?

Even if a basic instrument rating were accepted by flight schools and pilots, would anyone actually use it? One of the dirty little secrets in the world of recreational flying (meaning not corporate, fractional, charter, or airline) is that most pilots who do have an instrument rating don’t actually use it. Maybe they aren’t current or maybe they simply aren’t confident, but either way there are tens of thousands of instrument-rated pilots who almost never stick their noses into clouds.

Most pilots with an instrument rating never use it. Why?

The best hope for a simpler instrument rating is that it would be an on ramp towards more regular IFR flying. By breaking down the process into a more manageable starting phase, a basic instrument rating might ease pilots into IFR flying and build confidence more quickly. The current instrument rating throws you right into the deep end – you can fly an ILS to 200 feet at Midway, at night, in a TBM 900. That’s a lot to take on.

Maybe a basic instrument rating would at least encourage safer scud running. That type of flying may be taboo, but it certainly happens. Having a legal bailout could at least make it a more thoughtful decision, and an instrument rating with higher minimums would be perfectly good for those days that go from 3500 overcast to 1200 overcast. In fact, the limitations in the EASA proposal are so modest that most instrument pilots of all types would be able operate with those higher minimums. I fly a fair amount of “hard IFR” but in the last few years I can count on one hand the number of approaches I’ve flown to less than 500 feet and 1 mile.

However, the basic instrument rating still does not address the key problem: currency. Much like flight schools have lately focused on the student pilot dropout rate instead of the number of new student starts, any regulator hoping to increase instrument flying must first address the instrument dropout rate. There are some tentative signs of progress here with simulators, but the six approaches in six months requirement might have to be relaxed. Is there another way to demonstrate proficiency?

Would it increase safety?

Perhaps most importantly, we have to consider whether more pilots with instrument ratings would be good for safety. It seems obvious that it would: according to the AOPA Air Safety Institute, VFR-into-IMC is still by far the leading cause of fatal weather accidents.

Theoretically these accidents would decrease if more pilots had an instrument rating, even a basic one. But as Richard Collins liked to remind us, we must always beware of unintended consequences. As he wrote in The Next Hour:

“Years ago a lot of us thought that an answer to the weather accident question could be found in more widespread use of IFR flying and better equipment in airplanes used for IFR flying. This more or less came to pass but, alas, we were wrong about its being a solution to the accident problem. Where in the good old days the number of VFR weather-related fatal accidents was more than double the number of IFR weather-related fatal accidents, that has reversed. Now, serious IFR weather trouble happens about twice as often as serious VFR weather trouble.”

And yet between 1983 and 2015, AOPA and the NTSB show the proportion of GA accidents that occurred during IMC was essentially unchanged, at around 5-6% (accidents overall declined, but mostly due to a decline in flying hours). The result is just what Collins pointed out a decade ago: while VFR-into-IMC accidents have declined, those accidents are being replaced by IFR accidents in IMC.

I am skeptical that a basic instrument rating would ever find acceptance in the US, and, even if it did, the safety benefits are unclear. But the idea should at least make us question our current system. The Private Pilot certificate involves very little practical cross-country weather training, and yet it offers a license to scud run. The instrument rating is no guarantee of safe IMC flying either, and most of those who earn one fail to keep it current.

From the archives: Bob Buck on low approaches
Scroll to top