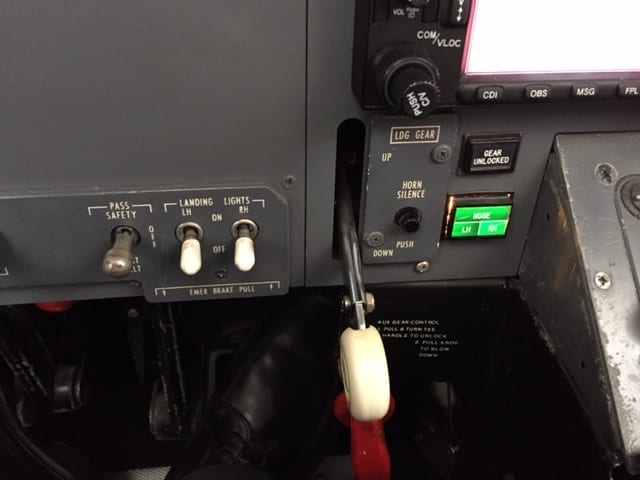 Airlines spend a lot of time crafting standard operating procedures (SOPs), which describe in exquisite detail how each part of a flight should be conducted. The goal is to fly every flight the same, with no deviation because the pilot is tired, it’s the last leg of the day, or the weather is nasty. This system allows airlines to schedule two pilots who have never met to fly an airplane they’ve never seen – and with no loss of safety. While there are some jokes about how pilots can’t go to the bathroom without checking the manual, the results speak for themselves: there hasn’t been a fatal accident on a major US airline in 10 years.

For the average private pilot, such formal SOPs are probably overkill and remove some of the flexibility that makes general aviation so rewarding. In my experience, many such personal SOPs either get ignored or managed around. With no co-pilot, dispatcher or cockpit voice recorder watching, private pilots can easily side-step even the best intentioned limitations.

Instead of this rigid approach, a few simple habits can prevent embarrassment – or worse. These are easier to remember and present less of a burden, but if crafted well they can still improve safety in a meaningful way.

Here are three little things I do on every flight, unwritten rules I follow no matter what I’m flying, what time of day, or what the weather. Each one of them was learned the hard way, after a mistake left me saying, “from now on I’ll always…”

Did you remove the cowl plugs? Are you sure?

Before I get into an aircraft, I take just a few seconds to stand in front of it and look everything over. This isn’t a preflight (that should have been completed long before) but a chance to call timeout during the mad dash to take off. I look to make sure any towbars are off, cowl plugs are removed, and chocks gone. I check to make sure nothing is “dripping, dangling, or dragging.” I check that any baggage doors are closed and latched. And I do it all without looking at my phone or talking to a passenger – sterile cockpit rules apply.

Like many pilots, I first learned this lesson after I had to shut down the engine on a busy ramp and remove the chocks I had forgotten. I’ve also left a fuel cap off; fortunately I caught it before takeoff. These were embarrassing, but years ago I watched another pilot do far more serious damage when he tried to start a jet engine with the engine plug still installed. That simple loss of focus became a six figure mistake.

So no matter how crazy the pre-departure process is, I take a deep breath and look things over. Then, it’s time to go.

Everyone has their favorite verbal checklist (you’ve probably heard GUMPS or “lights, camera, action” before), but I like to say this one as I take the runway for departure. I call this my “killer items check” because if the fuel is correct (we have enough, it’s on the right tank, and the fuel pump is on if required), the flaps are set for takeoff, and the trim is set properly, you’ve probably covered the most essential items for takeoff. There may be work to do at 1000 ft. AGL, but during the busy moments of takeoff these are the things that absolutely must be correct or you could lose control. That’s especially true in faster and heavier airplanes, where an improper configuration is often fatal.

How did I learn this one? After an excruciatingly long takeoff roll in a Cessna 210 one day, as I staggered into the air at about 300 feet per minute, I noticed the flaps were up (10 degrees is normal for takeoff). The runway was long that day, which made it nothing worse than a mistake; on a shorter runway it could have been a big deal. I was proud of myself for not forcing the airplane to fly before it was ready, but I was not happy with my checklist discipline. In some larger airplanes, improperly set flaps or trim can be fatal. I told myself, “from now on, I’ll always double check fuel, flaps, and trim before taking off.”

The GUMPS checklist works well before landing, and I use it in most airplanes I fly. But I also do a shorter checklist on base-to-final: “three green, three times.” I put the gear down and I don’t take my hand off the gear handle until I’ve confirmed I have three green lights. Then I check for three green again when the terrain warning system calls out 500 feet to go – I touch the gear handle and say it out loud. Finally, just before I cross the threshhold of the runway I do one last check in my head (runway clear, gear down).

Obsessive? Perhaps, but it’s cheap insurance. Over 20 years ago, I was in an airplane (not as PIC) when the excruciating sound of the fuselage hitting the runway ended the day’s flying. I learned that checking the gear down one time was not enough, especially when you get busy or distracted. One important note: I do this quick check in every airplane I fly, including the ones with fixed gear (a lot of my flying). It has to be a habit, so it has to be done every time. And yes, my co-pilot will often add “…and welded” when I say “gear down” in a 172.

There are plenty of other habits that are important, but it’s important not to overdo it. If you have too many mental checklists, you may find yourself skipping them or forgetting them. I once listened to a pilot try to convince me that IPTAFNNR (I Play The Accordian or something like that) was an “easy” way to remember the elements in an IFR position report. I think for the once every five years I make one of those, I might just refer to the notes on my iPad app or the placard on my kneeboard.

I should emphasize that I’m not advocating that pilots ignore checklists. In fact, I’m a stickler for checklist usage in all but the simplest airplanes. For me, these few little rituals are a nice supplement to the complete aircraft checklist. One before I get in the aircraft, one before takeoff and one before landing. Trust, but verify, as the old saying goes.

From the archives: Wolfgang Langewiesche on quiet airplanes