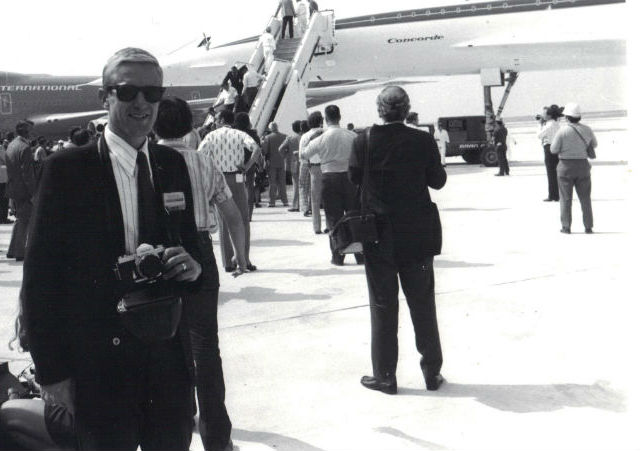 The view: Concorde’s first trip to the United States

The airplane: Concorde SN 002, the first built in England.

The memory: There were many important airplanes in Richard Collins’s life, including his Cessna P210, N40RC, which he flew for almost 9,000 hours. Close behind that special airplane was Concorde, the groundbreaking supersonic airliner. He rode on it 14 times, flew the simulator, and became good friends with John Cook, a British Airways captain on the graceful bird. But the airplane’s commercial failure was a disappointment for Collins: “The fact that there was no further interest in an airliner that flew well over twice as fast as any other is, I think, one of the most regrettable aviation milestones in the history of our activity. Shame on us for not continuing the quest to always fly faster.”

Editor’s note: This week we have published seven articles celebrating the life of Richard Collins, who passed away on April 29, 2018, at age 84. We are closing the tribute with our popular Friday Photo format (above), and will return to our normal article schedule – and more good airplane stories – next week.

Learning from the master

The hidden benefits of learning to fly
Scroll to top