Blog - Latest News
You are here: Home1 / Article Archive2 / John's blog3 / Know when to fold em: how to avoid tunnel vision in the cockpit 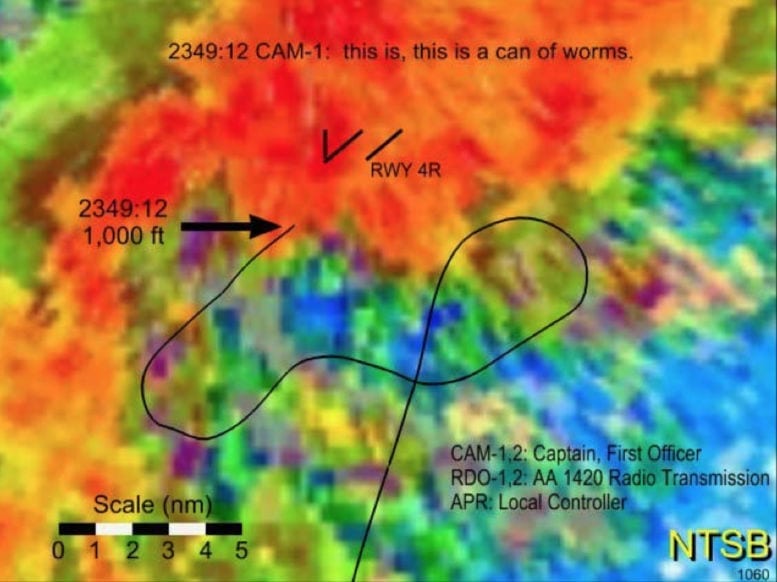 Have you ever noticed that you become less and less flexible as a flight goes on? Decisions that once would have been easy and stress-free become fraught when you’re close to home. It’s a natural human instinct, but it’s one pilots need to aggressively fight.

I was aware of this trap while planning a recent cross-country flight when the weather was decidedly marginal. Sitting at home, I was considering whether to cancel the flight entirely – it wasn’t unsafe to fly, but it was an ugly day, with scattered thunderstorms, potential in-flight icing, and gusty winds. After a closer look at the radar and some fresh METARs, I decided to drive to the airport. Once I was at the hangar, though, I almost felt locked into taking off. I was emotionally invested in my decision, and didn’t want to look unsure or timid, especially after my passengers arrived. Could I really cancel now?

Of course I could, but I had to admit that it was becoming harder by the minute. Sensing a potential trap, I excused myself from the passengers and spent a few minutes alone, reviewing the plan and the trip. I asked myself what I would tell a friend in the same situation who called me for advice. On the pro side, weather conditions were above IFR minimums by a comfortable margin, I was proficient in the airplane, and we would be flying towards improving weather. In the end, I decided it was a challenging but completely safe flight, so I walked back to the airplane and we blasted off. Our flight was uneventful and surprisingly comfortable, so I felt confident that I had made a good decision, but obviously some outside pressure had crept into the process.

The same thing can happen in the air – the closer you get to your destination, the more your options seem to narrow. Right after takeoff you might consider turning around if things look bad, and en route you might tolerate a 100-mile deviation around weather to be sure. But within 20 miles of the airport, it’s amazing how tunnel vision can take over.

The formal term for this trap is “plan continuation bias,” a fancy-sounding phrase popularized by the NTSB that nevertheless describes the problem pretty well: the more time you invest in a plan, the less likely you are to change it. Telltale signs that this bias is at work include statements like, “I can salvage this,” or “We’ve come this far, we can’t turn back now.” It shows up in all kinds of accidents, including fuel exhaustion and VFR-into-IMC scenarios.

If you say “this is a can of worms,” it’s probably time to go somewhere else.

One tragic example of this bias at work in aviation involved an American Airlines MD-82 that crashed at Little Rock Airport in 1999. It was late at night and the weather was bad, with thunderstorms all around. The pilots were tired (both had begun their flying day almost 14 hours ago) and this was the last leg of the day. As you might expect, the cockpit voice recording makes it clear that this crew wanted to get on the ground soon, and they were very close to landing – a perfect setup for plan continuation bias. So they continued their approach, even as a thunderstorm parked itself over the airport. The result was a runway overrun that killed the captain and 10 passengers.

The NTSB’s report concluded that, “Contributing to the accident were the flight crew’s… impaired performance resulting from fatigue and the situational stress associated with the intent to land under the circumstances.”

You might think this is just another way of describing “get-there-itis,” but there’s more to it than that. In fact, the most common example has very little to do with weather or long flights. A huge percentage of general aviation accidents occur during approach or landing, including a stall/spin on final, runway overruns, and ground loops – often in good weather with perfectly functioning airplanes. In many of these situations, the pilot ignores the urge to go around and tries to make the airplane land when it simply doesn’t want to, reasoning that abandoning the approach would risk public embarrassment.

The well-publicized Learjet accident at Teterboro last year shows how strong the urge is to continue an approach even when things start to go wrong. The airplane, with only two pilots on board, was flying the circling approach to runway 1 at TEB, a common but demanding visual approach. Winds were gusty, but more importantly the approach was never stabilized. The co-pilot, who was flying, seemed behind the airplane for much of the flight, and he waited to start the turn for runway 1 until the airplane was less than a mile from the end of the runway. From this point, it was almost impossible to safely land the airplane.

The cockpit voice recorder transcript shows that the co-pilot felt uneasy. Twice he tried to give the controls to the pilot in the left seat, and he eventually succeeded. Instead of abandoning an unsafe approach – one that badly violated the company’s standard operating procedures – the captain continued the descent. Perhaps as the more experienced pilot, he felt the need to save the day.

Just read the following conversation. Does this sound like tunnel vision?

It’s easy to play Monday morning quarterback here – just go around! But anyone who has ever flown to the New York area has to admit that a go around at TEB is a big deal. Of course an accident is even a bigger deal, but if ever there were a setup for plan continuation bias, this was it.

How to prevent it

Eliminating this bias isn’t possible, but there are number of strategies for minimizing the threat. First, it’s important to have some built-in decision-making circuit breakers. Force yourself to stop periodically during your pre-flight and in-flight decision making so you can evaluate the situation in an honest way – perhaps before engine start or before beginning your descent from the final approach fix. Is the flight really progressing according to your plan? Is your decision-making being affected by how far along the flight is? How would this read in an NTSB report?

The best question to ask is, “What alternatives have I not even considered?” This was the mistake I made on my flight; I was locked into a binary go/no-go decision, when there were other options to consider, including delaying a few hours or taking a different route. Considering one of these other options might have at least removed some emotion from the decision.

Stabilized approach windows can be a great way to check for tunnel vision.

Second, it’s important to be disciplined about the regulations and your own personal minimums. If your minimum is one hour of fuel in the tanks at landing, then you don’t go below that number under any circumstances. It does not matter that you have restless passengers on board, it’s getting late, or anything else. This is also where the concept of a stabilized approach comes in. You don’t have to fly a 20-mile final at Vref (unless you want the tower to yell at you), but by 500 feet AGL you should be on speed and on glidepath, ready to land. If you’re not, it’s an automatic go around.

In the MD-82 accident, the pilots ignored two of these automatic go around cues: they lost sight of the runway and the crosswind (which was 50 degrees off the runway at 30 knots, gusting to 45) clearly exceeded company SOPs. Either one of these should have caused an immediate abort, with no discussion or debate. That’s the critical point with minimums: the decisions have to be automatic. If you leave yourself much wiggle room, the human brain will go to great lengths to justify a deviation, “just this one time.”

Another important consideration is how you manage your workload, since tunnel vision often takes hold when you are distracted or overworked. The Learjet crew was clearly in this situation, trying to fly a complicated procedure in busy airspace. Instead of accomplishing key tasks ahead of time, the pilots’ approach briefing was rushed and incomplete, without a solid plan for when to turn and descend. As a result, they ended up reacting to events instead of staying ahead of the airplane. Managing workload might even require a delay vector from ATC or a turn in a hold, just to give yourself time to think.

Finally, some pilots like to always plan an alternative when an important trip is on the calendar. This could mean packing an overnight bag (even for day trips), so there’s a little less pressure to continue when conditions change. Or it might mean buying a backup airline ticket for the return leg of a long trip. The right answer will depend on the type of flying you do, but the important point is to build some tools that help you make a more rational decision. Never sacrifice flexibility because you’re tired or rushed.

And remember, it’s never too late to turn around or go around.