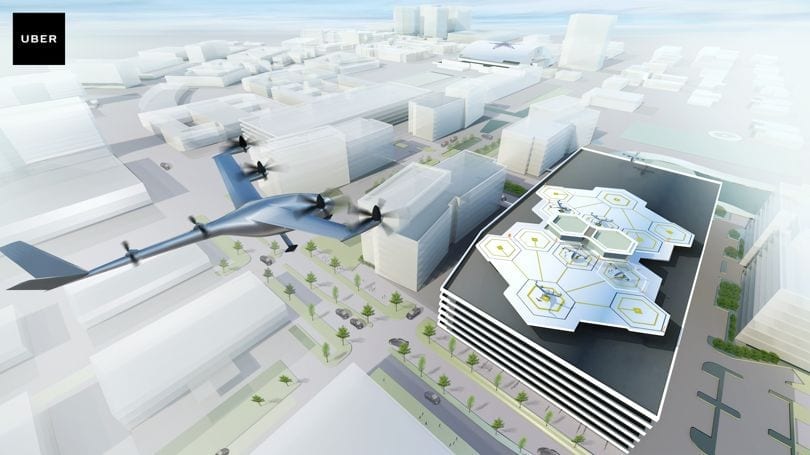 Kitty Hawk released a video that shows its flying jet ski in action.

You have to pay close attention these days to keep up with all the breathless news about “flying cars” and “disruptive aerial vehicles.” The great and the good from the technology world have fallen in love with aviation lately, and their various startup companies have been launching aviation projects at an unprecedented rate in 2017. More than modifications to existing airplanes, each new design seems to be more fantastical than the last.

Here are just a few stories that have made news in the last month:

What precipitated this mad dash into concept aircraft? There are as many theories as there are startups right now, but the most likely ones are also the most mundane. A lot of the gold rush mentality is just the way the venture capital-fueled technology industry works these days. Everyone is paranoid about missing the next Facebook and being left behind, so interest and money quickly shift from trend to trend at the first sight of change. Since one of the hottest trends in recent years has been drones, many of these flying projects can be viewed as basically grown-up versions of quadcopters. Plus, for billionaire founders and dominant companies, a $100 million bet on a crazy aviation startup is about like you and me dropping $10 on a lottery ticket.

Uber’s push for airborne taxis by 2020 is driving a lot of the headlines right now.

But perhaps the most important driver of flying car startups has been Uber. The fast-growing, money-losing company has made no secret of its plans to take its taxi service airborne, forever changing urban commutes with a vast fleet of unmanned vertical takeoff and landing (VTOL) aircraft. This effort seems to have brought a lot of hobby projects into the daylight, and a conference hosted by Uber this week shows just how pervasive the drone fever is right now. A diverse group of companies took the stage to announce radical designs and make increasingly bold predictions, including Embraer, Bell Helicopter, and a Mooney-Carter partnership.

Such attention is downright exciting for pilots, who have long made do with minor upgrades to 60-year old airplanes. Finally, the best minds in the world are talking about truly new aircraft and bold ideas! While the buzz certainly is intoxicating, it’s almost guaranteed that this bubble – and it is a bubble – will burst. At least three forces are acting against these aviation startups: regulation, technology, and attention span.

The most obvious obstacle for these aviation startups is the regulatory environment. Tech firms use catchy phrases like, “move fast and break things” to signify their casual disregard for the rules, and that’s often successful (as Uber has rather spectacularly proven). As these companies will soon find out, though, aviation is quite different. Unlike many areas of the technology industry, the rules are well-established – perhaps too well-established – so there are few gray areas to hide in.

One of those rules involves powerplants. Almost all of the recently-announced aircraft use electric motors, which are nearly impossible to certify right now. Strapping eight of them to the wings and then tilting them for takeoff can work, but don’t expect a type certificate for such a design to appear overnight.

On top of the electric motors, the business models for these airborne Ubers depend on autonomous flight if they plan to make money. While the FAA has released final rules for small unmanned aircraft, these only apply to aircraft under 55 lbs. There is a long way to go before a comparable rulebook is in place for 5,000 lb. drones that carry passengers. One key issue to solve is “sense-and-avoid,” the ability for an unmanned aircraft to avoid a mid-air collision with an airplane. There are various ideas for tackling this issue, but formal trials won’t be complete until at least 2020, with the final decision probably even later. For perspective, consider that Europe allowed commercial operators to use single engine turboprops on IFR flights last year, and only after decades of debate and study. Why will autonomous Part 135 or 121 operators move so much faster?

An all-electric, unmanned Slowed Rotor Compound aircraft – should be easy to certify, right?

Perhaps most importantly, unmanned air taxis will have to do battle with a single, nationwide regulator for aviation. While Uber is no stranger to legal battles, until now they have benefited from the fractured nature of their opponents – San Francisco Board of Supervisors here, the state of New York there. When it comes to flying cars, there can be no jurisdictional arbitrage; if the FAA doesn’t approve, it’s not going to happen.

Beyond the legal challenges, there are big technical problems to solve, too. Electric motors, lightweight batteries, tilt rotors, and autonomous flight controllers may not be science fiction at this point, but they’re hardly mature technologies. Many of them depend on continuing development in the smartphone and electric car industries. While the critical components will eventually get made, the key questions are: at what price and on what timeline? In particular, the schedule for these new aircraft is incredibly aggressive. Uber plans to launch its Elevate service by 2020 – a mere 32 months from now. That is nearly unthinkable given the current state of technology, regulation, and public perception.

It’s also worth considering how well these aircraft will solve the problems they hope to take on, notably traffic congestion. As Zennström said recently, “The way we deal with transportation today is broken. There are congestions and to get from East London to West London takes forever. There is pollution in our cities with carbon dioxide so we get climate change.”

VTOL aircraft certainly do eliminate the restrictions imposed by road infrastructure, but they hardly eliminate the idea of traffic. Crucially, Uber isn’t so much solving the capacity issue as it is moving where the problem exists. Take a commonly-used example: New York on a Friday afternoon, when thousands of people want to get from Manhattan to JFK Airport at 5pm. Right now the only real option is an hourlong car trip through heavy traffic, but the cheerleaders suggest that could be cut down to five minutes in an Uber Elevate. In flying time it certainly could, but where will all of these aircraft land? At 4-6 people per Uber, it would take hundreds of drones to satisfy demand. They may be able to fly their own routes, but they will eventually need a place to land. As we’ve learned in aviation, the real bottleneck is often the number of runways, not the airspace.

Uber is working with real estate developers to address this issue, but I suspect they haven’t considered how vocal the NIMBY crowd can be when aircraft are involved. Cars are a part of everyday life; tilt rotor aircraft are not. Even if the neighbors do go along, this will be a very capital-intensive effort. Uber (or its partners) will have to own a lot of land for vertiports, and have a large fleet of aircraft. Neither of those exist in the company’s current business model, which is the ultimate “asset light” strategy. Indeed, one of the key breakthroughs for the company now is making use of existing capacity (garages and cars) that is sits idle most of the day. Building a network of facilities and aircraft from scratch is a different story altogether.

Regulation and technology are perpetual enemies of aircraft development programs, but the third reason for skepticism is less common in this industry: investors will simply lose interest and move onto the next idea. For anyone used to rapid development cycles in software, aviation must feel utterly unbearable with its lengthy testing programs and mind-numbing certification rituals. In fact, the attitude it takes to run a successful technology company is almost the exact opposite of the one it takes to bring a new aircraft to market. It’s easy to see how, after a few years of being stuck in the mud and wasting a few hundred million dollars, billionaire investors will simply punt. That’s not necessarily a criticism, it’s just the way their business works. Technology investors know they will strike out far more often than they will get a hit, but it only takes a few really big hits to win. When it’s clear that a flying car isn’t going to be the next multi-billion dollar company, it will disappear.

None of this is to suggest that autonomous flying cars won’t exist someday. I look forward to riding in one before I die, but the outrageously ambitious schedule being promoted right now is a publicity stunt, not a realistic plan. I suspect most of the people involved know this, but keep up the charade to fuel the hype cycle.

It’s not all doom and gloom. When this bubble pops, there could be some very real benefits that trickle down to general aviation pilots. It seems increasingly likely that the future of recreational aviation, if perhaps not cross-country flying, will be electric. If general aviation manufacturers can free-ride on some of the advances in electric flight and autonomous technologies, we could end up with a new generation of bugsmashers. That’s something to look forward to, no matter what you fly today.

So I welcome our new visitors to the bizarre world of aviation, but I recommend we all keep our hands on our wallets and our eyes on the FAA. When it’s over, maybe we’ll have something to celebrate.

Are you ready? Flying the Alaska bush