Blog - Latest News
You are here: Home1 / Article Archive2 / John's blog3 / Two cheers for the FAA: why recent reforms should be welcomed 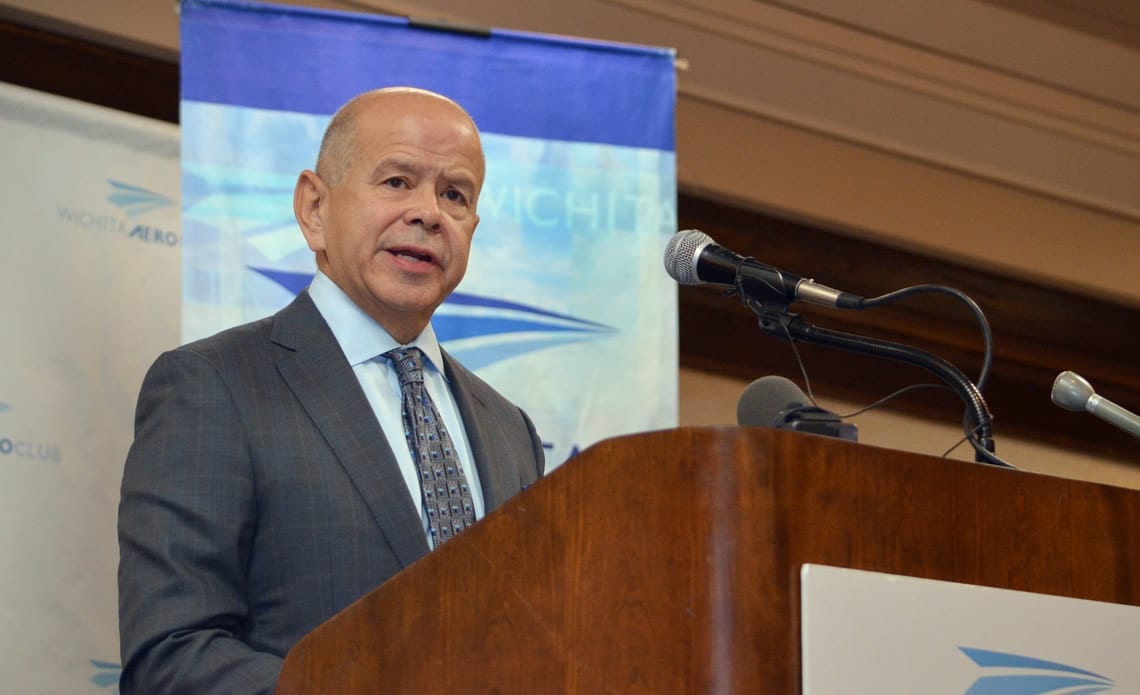 Everyone likes to complain about the Federal Aviation Administration (FAA), and often it’s richly deserved – just look at a few recent airworthiness directives if you want to get your blood boiling. But for an open-minded pilot who’s willing to ignore the typical pilot talk, there are some encouraging developments in aviation policy right now. If you can find it in your heart, the folks in Washington might even deserve our thanks.

If the good news were limited to one cheery press release, it would be easy to dismiss the FAA’s latest actions as merely smooth political maneuvering. The reality is more significant – it reflects a slow but steady cultural change in the organization. You may have read about the FAA’s new “Compliance Philosophy,” a more collaborative and less adversarial approach that Administrator Michael Huerta has been promoting for a few years now. Based on recent events, this appears to be more than just a catchphrase.

In particular, there are at least five major stories from the past 12 months that should be seen as progress for general aviation pilots. They range from fixes to old laws to completely new rules for new types of aircraft.

1. The long-awaited Part 23 reform becomes law. The update of the FAA’s rules for certifying new aircraft has been in the works for so long that many believed it would never happen, but it’s now reality. While this effort was led by Congress, the FAA has enthusiastically embraced the legislation, and recently released its roadmap for implementing the changes.

Electric airplanes now have a path to certification, thanks to the new Part 23 overhaul.

The new regime eliminates a patchwork of previous certification categories, including bolt-on sections like the Commuter and Utility categories, and replaces it with performance-based aircraft levels. The goal is to achieve the right safety outcomes, not describe what technology should be used. One very practical implication is that electric propulsion, a concept that wasn’t considered when the original rules were written, will be far easier to certify.

Because the new rules are primarily (although not exclusively) focused on new aircraft, it will take some years to see results. But those results could be significant, allowing airframe manufacturers to add new features much faster than before, and perhaps even encouraging some completely new designs to take flight. It is a necessary (but not necessarily sufficient) step for general aviation manufacturing to return to sustainable levels.

2. Introducing a flexible new policy for supplemental avionics. The NORSEE announcement received far less attention than the long and winding Part 23 effort, but it will have a greater impact on pilots in the short term. The oddly-named policy dramatically streamlines the installation of Non Required Safety Enhancing Equipment (NORSEE) in certified airplanes. The policy is a recognition that not everything in the panel (carbon monoxide detectors, datalink weather receivers, etc.) is truly flight critical, so not everything needs a costly certification program behind it. For years, experimental and portable avionics have offered tremendous performance at significantly lower prices, and the FAA seems to be making a push to allow such equipment to come out of the shadows. The result is lower prices for installed avionics and parts.

Somewhat related is the Experimental Aircraft Association’s (EAA) Supplemental Type Certificate (STC) program that allows for Dynon’s (previously experimental-only) digital attitude indicator to be installed in certified airplanes. The goal is the same: focus more on improving safety and less on bureaucratic process. Between the Dynon program and Garmin’s G5 instrument, 2016 may have been the year the vacuum pump got its terminal diagnosis. We can only hope these new policies make such progress more common.

3. Working to ease the ADS-B burden. The multi-year effort to move Air Traffic Control to a system based on Automatic Dependent Surveillance – Broadcast (ADS-B) has hardly gone smoothly for the FAA. Indeed, most pilots consider ADS-B to be four letter word.

Getting the rebate isn’t easy, but it does work.

While the requirement to equip with ADS-B Out isn’t likely to disappear, the FAA made two meaningful changes in 2016 to mitigate the effects of rule. Lots of ink has been spilled about the government-sponsored rebate program, which offered $500 to the first 20,000 owners who upgraded their avionics. That number represents roughly 10% of a typical ADS-B Out installation, so it doesn’t exactly make the math a slam dunk, but it’s the first time in recent memory that the FAA has paid pilots to follow the law. It’s a start.

Probably more significantly, the FAA improved its installation policy regarding ADS-B Out. TSO’d avionics can now be installed in certified airplanes without having to obtain an STC for each individual aircraft model. This is a seemingly small change, but it means owners of less popular airplanes now have more options for ADS-B Out avionics. It also complements the recent policy memo reinforcing that experimental airplane owners do not have to install TSO’d avionics to meet the requirements of the 2020 mandate. Both demonstrate some refreshing flexibility on the part of the FAA.

4. The much-hated Third Class Medical gets scaled back. No regulation has suffered more criticism than the one that requires Private Pilots to pass a medical exam. It’s discouraging for older pilots and it has done almost nothing for aviation safety. 2016 finally brought relief, although it wasn’t as complete as some had hoped for. Congress included a provision in the FAA’s reauthorization that eliminates the need for pilots to see an Aviation Medical Examiner if they’ve held a valid medical in the previous 10 years. All that is required is an occasional visit to a family doctor and the completion of an online course about aeromedical issues. Notably, the new law will be broadly applied: night and day, IFR and VFR, up to 18,000 feet.

No, the result is not perfect. Not at all. But after decades of complaining, the FAA is finally moving on it (thanks to a kick in the rear from Congress). It will have a major impact on tens of thousands of pilots, and there’s some hope that this reform could be the start of further changes, especially if airplanes don’t start falling from the sky after the new rules take effect. In any case, general aviation’s biggest enemy in the fight over the Third Class Medical is probably the airline industry at this point, not the FAA.

You can finally fly one of these for hire without breaking the law.

5. Reasonable rules for commercial drone flights. After years of debate and some notable delays, the first detailed rules for commercial drone operations, Part 107, came into force in late 2016. Overall, these were better than most industry observers expected, with fairly simple requirements for Remote Pilot certification and broad latitude to operate aircraft at low altitude. Recreational drone pilots have no requirement for certification, something airplane pilots can only dream about. That flexibility has not come at the expense of manned aviation, with drone operations limited to line of sight, below 400 feet, and away from busy airspace. Like the Part 23 reform, the focus is on outcomes and standards instead of micromanaging processes.

Since introducing Part 107, the FAA has moved aggressively (at least by government standards) to grant waivers for drone operators who want to fly beyond the limitations of the rules. For example, flights over crowds of people and operations at night have been authorized for dozens of companies in the past six months. There also seems to be a commitment to iterative rule making, with an important update to Part 107 expected later this year. So far, neither airplane pilots nor drone pilots are entirely happy, but that may be the sign of a good compromise.

Before you accuse me of giving comfort to the enemy, let me acknowledge two potential criticisms. First, perhaps general aviation has been beaten down so badly that all this “good news” is more a reflection of our low expectations than any real progress. That is, reform is only necessary because the original rules were so bad. There’s no doubt that the latest ADS-B changes, for example, are mostly an attempt to make up for a disastrous start to the program five years ago.

“I’m from the government and I’m here to help.” Is it still a bad joke?

Other changes, though, have the potential to legitimately roll back regulations, not just tidy up around the edges. The Part 23 changes and NORSEE policy, in particular, could set off a wave of innovation. And besides, what’s done is done; those awful regulations of years past are on the books, so why not welcome a corrective?

Secondly, some pilots will point out that these five issues have not been absolute victories – you might even hear that general aviation has “sold out.” That’s nonsense. America’s current obsession with total political war, where one side gets exactly what it wants and the other side is humiliated, is neither desirable nor achievable in our system of government. These changes are compromises that balance competing priorities, a pragmatic approach we once celebrated. In any case, beggars can’t be choosers: in an industry that has been steadily losing participants for decades, we should welcome progress in almost any form. The alternative, holding out for perfection and getting nothing, serves no one except the critics.

A more legitimate concern is that bigger fights are yet to come. This is certainly the case, especially when considering the transition to unleaded avgas and a potential move to privatize Air Traffic Control. Both of these could radically alter some of the defining characteristics of general aviation, and right now the negative scenarios are easier to imagine than the positive ones.

Here’s where the back story to these recent events offers some hope. Most of the five changes listed above are the result, either directly or indirectly, of Congress and the FAA working with industry associations. GAMA was intimately involved in the details of the Part 23 rewrite, crafting the vision for it and writing many of the tricky details. AOPA worked tirelessly to create a Third Class Medical bill that would pass, even when such an outcome looked hopeless. If such partnerships can persist, that represents at least a reasonable firewall against catastrophic change in the years ahead.

So let’s offer at least two cheers for the FAA. If they could prevent the bad rules from coming into force in the first place, they might earn that third cheer.