Blog - Latest News
You are here: Home1 / Article Archive2 / I was there3 / Overcoming airsickness to earn my wings

A couple hours into my ab initio simulation training, my instructor decided it would be a good idea to get into a real airplane and practice some basic attitudes and movements – fly straight and level, climb, descend, turn right, turn left. It was in late April, I think, reasonably sunny. By any account a nice day. We even planned to do a city tour to have a look at the skyline.

Not a good feeling anytime, but especially in the cockpit.

Problem is – sunny days heat up the ground, and a heated up ground likes to eject some of that heat back into the air, causing lifts and sinks. In a 1500-pound bucket with wings (Diamond Katana), I felt every one of those lifts and sinks. A pretty serious jolt could pick you up or shove you down 15 feet. Looking at the altimeter it doesn’t seem like a big deal, but think of sitting in a chair in your average building, and then suddenly being accelerated toward the ceiling, and then back down again.

Back to the sunny day. We took off and I felt the wonder of flight, but my wonder was short lived. I am not a sightseer. I am a student pilot – an apprentice in the discipline of control of my eventual ship. My instructor rattled off a series of procedures. Climb at 60 knots – best angle of climb. Then climb at 65 knots – best rate of climb. As you pass through 900 feet, shut off the auxiliary fuel pump, raise the flaps, and adjust the propeller speed to 2400 RPMs. Turn right to stay clear of the approach path to main runway.

I was already feeling bewildered. We headed towards a local landmark denoted by a small suburban area. My instructor pointed it out but all the suburbs look the same from the sky. It was bumpy. Every bump took me by surprise, and it felt like inertia was keeping my stomach in one place while my body dropped 10 feet – when suddenly my stomach followed.

The radio crackled with the chatter of a busy urban airport. WestJets, Air Canadas, Americans, Uniteds, are busy giving readbacks and confirming instructions.

As we approached the landmark, the tower instructed us to change frequencies to the terminal control area frequency – one twenty something decimal something. I was glad my instructor was flying because I didn’t hear the frequency, and I had no idea how to work the radio. Later, prior to my solo flight, I would get a 10-minute walk-through on the radio but for a device whose functionality is remarkably simple its control panel seems remarkably complex.

Soon we reached the boundary of the practice area, and terminal controller told us radar service was terminated. My instructor called the practice area and informed everyone of our intentions. I practiced some basic attitudes and movements – fly straight and level, climb, descend, turn right, turn left. I was doing an okay job but I was beginning to feel weak. My arms were tingling, like my nerves were on fire. The bumps in the air were exacting their toll. We finished the air work and headed for the city tour, but I decided my instructor didn’t need any airsick heroes.

“Let’s just skip the city tour and bring it in, I think the motion sickness has really gotten to me,” I said, trying to convey an air of brave understatement. My instructor understood right away and headed for the airport, and encouraged me to fixate on the horizon to steady my senses.

Spins – the ultimate test of a strong stomach.

My instructor let me know that motion sickness isn’t a big deal, and that pretty much everyone gets over it. In the meantime, for future flights, I sought out remedies. I bought Gravol ginger chews. I chewed gum. I got Chinese ginger candies. I bought motion sickness pressure point bracelets. Since an hour of flight time with the instructor is some $180, if they made me feel better for 10 minutes in the air they would pay for themselves.

After the debriefing that day, I sat still on the couch in the school lounge for 40 minutes. Didn’t read, didn’t talk, just sat for 40 minutes, just to give my balance organs a break. Even on the drive home, making turns in the car didn’t feel quite right.

I’m not really sure if any of those remedies worked but as it turned out, my instructor was partly right. I did build up a resistance, but the resistance fades with time. Even then I did manage to get through my spin training (high chance of stomach churn) without incident. In fact, the spin training was even kind of fun. Since then there have still been a couple bad days, but nothing like that first day! 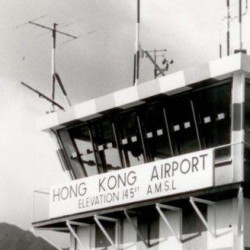 David Yip
David Yip earned his private licence in 2013 on the grounds of the former Royal Canadian Air Force Station Uplands, now known as Ottawa International Airport. There, in the depths of Ottawa winters, he also received an education in keeping self and engine warm on the flight line. While juggling business and family he hopes to continue his flying hobby with pleasure flights and pursuing night and seaplane ratings. He is a member of the St Catharines Flying Club and a strong believer in centre sticks over yokes.