Blog - Latest News
You are here: Home1 / Article Archive2 / Technique3 / 7 ways to scare yourself in an airplane 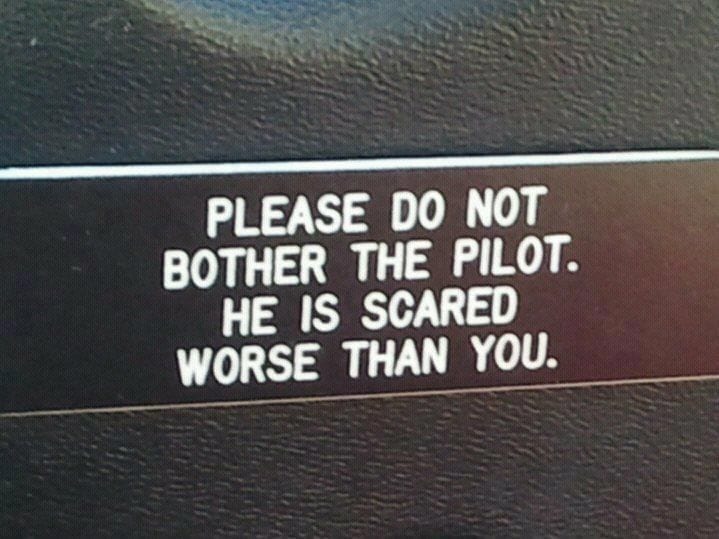 And how to learn from them

Hang around the airport long enough and you’ll inevitably hear that familiar phrase: “so there I was…” What follows will probably involve mistakes, bad luck and close calls (often a healthy dose of embellishment, too). Such stories are a lot of fun, but there’s plenty to learn from such “I Can’t Believe I Did That” moments.

Most pilots aren’t dare devils, but sometimes the only way to learn an important lesson is to scare yourself just a little. That doesn’t mean we should seek out frightening experiences, only that we should try to learn from them when we inevitably stumble into one. This is really the way a lot of us learn to be safe pilots: we try to fill the experience bucket before the luck bucket gets to empty.

Here are seven common ways to scare yourself in an airplane, and I’m sad to say I’ve experienced all of them (but only once!). And before you say it could never happen to you, remember my favorite Dick Collins line: “Pilots don’t crash airplanes because they want to. That’s why we call them accidents.”

1. Run low on fuel. This one is so common that it’s almost a cliche, and yet fuel is one thing we have almost total control over. The typical scenario goes like this: poor planning combines with get-home-itis until the pilot runs low on both fuel and options. Too embarrassed to admit defeat, he presses on. Most of the time, the pilot lands before the engine quits, but usually not before a lasting impression is made. Watching 40-year old fuel gauges bounce off empty is not fun.

Lesson: Be pessimistic in your fuel burn and groundspeed calculations. Better yet, know from experience exactly how much fuel per hour your airplane burns. Have a personal minimum that you will always land with one hour of fuel in the tanks. Above all, land before your situation becomes critical.

2. VFR into IMC/scud running. This story shares many of the same mistakes, including insufficient pre-flight planning and self-induced pressure to continue the flight. But whereas “low fuel” is pretty easy to define and monitor, there is no instrument in the panel that measures “low weather.” Sure, there are FARs to define legal VFR, but how do you determine 5 miles vs. 3 miles when the nearest weather reporting stations are 50 miles apart? And where’s the line between safe and legal? The trap that many pilots fall into (including me) is to become overly optimistic. When faced with deteriorating conditions, many a pilot has taken false comfort from the fact that “the forecast says it shouldn’t be this bad.” The only weather report that matters is the one you see from the cockpit, with your own two eyes. Eventually, you find yourself either dangerously low or skimming in and out of clouds – scary indeed.

Lesson: When planning a flight, trust the actual reports (METARs) more than the forecasts (TAFs), and trust the trend in the weather (getting better or worse) more than forecasts. Also, think about your decision as a series of “go a little further/stop going” decisions instead of a single, binary “go/no go” decision that might subtly force you to stay committed to a bad plan when conditions change. Finally, always have a few en route diversion airports that are rock solid. If you have to go down or slow down more than once, it’s time to divert.

3. Close call in the traffic pattern. Mid-air collisions are thankfully rare, but most pilots can remember at least one close call. More often than not, these aerial encounters happen in the airport traffic pattern, when one pilot is flying a standard pattern and another decides to make up his own arrival. This is often exacerbated by poor radio calls and a lack of awareness about the big picture. Both airplanes bank to miss each other and tempers usually flare soon after.

Lesson: When in doubt, fly the standard pattern and make precise position reports (“over Bill’s house” doesn’t count). But don’t settle for that – assume other pilots won’t be so conscientious and fly defensively. Keep your outside visual scan going and don’t be afraid to raise or lower a wing to double check. Always have a sense of where each airplane is in the pattern; if you’re unsure where another airplane is, ask!

4. Runway incursion. “Cross runway 25, taxi to the ramp, good night,” the ground controller told me. With those words I began to relax ever so slightly, my mind turning to dinner and a good night’s sleep instead of flying. So it was quite a shock when, out of the corner of my eye, I saw a Falcon 900 barreling down the runway I was crossing. I had been cleared to cross the runway, but controllers are human and I was lazy. Turns out the Falcon was landing and he stopped far short of our position, but it was a clear reminder that airmanship doesn’t stop when the wheels touch.

Lesson: Trust but verify. I like to verbally say, “clear left, clear right, cleared to cross” when crossing a runway. It’s a good callout with another pilot in the right seat, and it’s a double-check when alone. It’s also smart to taxi with the airport diagram open (iPad apps make this ridiculously easy), and maybe even the taxi route marked on the chart.

5. High density altitude takeoff. Especially for a flatlander, the first takeoff at an airport elevation above 5,000 ft. is a real attention-getter. Combine that elevation with a high temperature and a non-turbocharged engine and you have a recipe for a long takeoff roll and a slow climbout – or worse. I can vividly remember trying to coax a Cessna 172 into the air on a hot day in New Mexico, with the mountains off the end of the runway getting uncomfortably close with each passing second. It’s hard to resist the urge to pull back even more, but resist we must.

Lesson: Don’t assume your airplane can do it – run the numbers, then build in some healthy margins. What you see is what you get; you can’t make the airplane fly if it doesn’t want to. Consider the time of day also. Mornings are a splendid time to fly when density altitude is a concern.

6. Falling asleep in flight. While not as common as the first five, this one may be the most terrifying situation of all. After fighting sleep for what seems like hours, you finally succumb and close your eyes for a moment while the autopilot trudges on. When you wake up, you bolt upright and instantly look to the fuel gauges and GPS. You might sheepishly call ATC to make sure you didn’t miss a radio call while you were “off frequency.” It may have only been seconds, but you’ll remember the panicked feeling forever.

Lesson: The old “eight hours bottle to throttle” is a bare minimum. If you’ve been working hard or playing hard, make an honest assessment of whether you’re safe to fly. When in doubt, delay the flight – especially if  you’re single pilot. Even a short nap can make a world of difference. Better yet, proactively schedule your flights to avoid this type of pressure.

Boots are nice, but should only be used to get out of icing conditions, not to linger in them.

7. In-flight icing. Much like mid-airs, icing doesn’t actually cause a lot of crashes, but it’s a uniquely frightening event for most pilots. Especially in airplanes with no deicing equipment, ice can seem to almost take control of the airplane away from the pilot. While we’re getting better at forecasting ice, it’s still a mystery to many pilots, so anytime the temperature is below 40 and you’re in clouds you should be alert.

Lesson: Go beyond the PIREPs and learn to read Mother Nature’s signs for when icing may be an issue: lows, temperature inversions, strong lifting forces and more. Aggressively search out reports of cloud tops so you know whether getting on top is an option. If the situation deteriorates, don’t hesitate to declare an emergency and exit the ice immediately. Do not linger in ice, even with deice equipment; it’s time to execute your backup plan immediately (you do have one, right?).

After considering all these lessons learned, I’ve started a new habit whenever I log a flight. In addition to the time and the number of landings, I do a quick mental debriefing session (what did I do well, not do so well, etc.) and I write down one or two lessons I learned on that flight. There’s almost always something to be learned from a flight, and the simple act of looking for that has a powerful way of bringing new insights to mind. An electronic logbook makes this really easy, and offers an enduring record to review occasionally.

What would you add to the list? Have you scared yourself in an airplane and learned a lesson from it? Scroll down and add a comment.