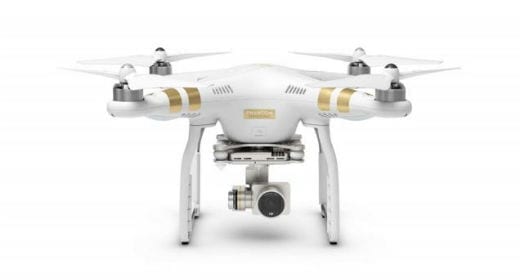 For an industry that’s usually obsessed with “risk management,” aviation sure isn’t using much of it when it comes to drones. The constant drumbeat of stories about close encounters between airplanes and unmanned aerial systems (UAS) can be described as nothing short of a panic, with pilots and non-pilots alike convinced that a drone disaster is looming. Flying Magazine has chronicled the drones disrupting wildfire aircraft operations in California and AOPA has written about about “chillingly dangerous” encounters with unmanned aircraft. That’s not to mention the non-aviation media, which is positively hyperventilating.

Was it a drone or is that just the flavor of the month?

And yet, I am unable to find a single verified story of a drone colliding with an aircraft in the US. There is one event that happened in Afghanistan in 2011, and there was a story about a Piper that might have hit a quadcopter over Illinois recently – but it turned out to be a bird.

This is the latest example of the “safety fad” problem in aviation, a type of industry-wide ADHD. For a few years in the mid-2000s, runway incursions were going to kill us all. Reports of these events skyrocketed almost overnight, and serious FAA presentations warned of huge fatalities if something didn’t change. Millions were spent on technology and training.

But then runway incursions seemed to fade, and bird strikes were the next big problem. As the FAA reports, “The overall number of reported strikes for all aircraft and airport types has increased 6.2 fold, from 1,851 in 1990 to a record 11,399 in 2013.” Does anyone really think the number of birds increased 600% in 20 years?

The problem is clear: when we look for something we usually find it, even when it isn’t there. A number of supposedly close encounters with drones sound awfully vague, and could easily be balloons or birds. Even some situations that did involve drones probably weren’t as “near miss” as the pilots think. But when all you have is a hammer, the whole world looks like a nail. Just ask UFO enthusiasts.

It’s not a bold prediction to say that a midair between a manned and an unmanned aircraft will happen (eventually). What’s harder to predict is the frequency of these collisions and the severity of them. If you’re flying a Cessna for a $100 hamburger, what are the odds you really will hit a drone? If you do, will it cause serious damage or be fatal? How about for a Boeing that weighs 950,000 pounds?

The bird strike example is a relevant one here – while there were over 11,000 bird strikes in 2013, only 605 caused aircraft damage, and none of them were fatal. Is there any reason to believe a two pound quadcopter would be much different? The large unmanned airplanes are tightly controlled and on flight plans, so these under-five pound hobby machines are the only legitimate threat.

Could this really take down a 737?

All this hysteria has a cost. While we’ve been panicking about drones, dozens of pilots have died in low level stalls or VFR-into-IMC accidents. We’ve even had a real airplane midair, between a jet and a Cessna in San Diego. None of these make the nightly news or the front page of the New York Times, but all of them present a much more serious threat to general aviation safety.

It’s easy to blame the media here, and they deserve it. But that’s not the end of the story. The root of the problem is at the FAA, an agency that has been paralyzed by the thought of releasing UAS rules that are anything less than comprehensive. It’s a classic case of the top-down, bureaucratic rule-making process being unable to adapt to fast-moving technology. Instead of releasing the broad outlines of a drone policy and then iterating, the FAA has said flatly: “We don’t do betas.”

It’s a great line, but it’s hopelessly naive. The outside world is doing a beta on live TV instead; the FAA is just hiding from it. Perhaps the FAA’s line should be from Voltaire: “the perfect is the enemy of the good.”

This may be starting to change now, at least slowly. Proposed UAS rules were released this year and are, all in all, pretty sensible. More recently, the FAA appointed two new people to senior UAS roles, both with records of actually getting things done. They need to move quickly. California’s recent bill that practically bans drone flights is just the most visible knee jerk reaction at the local level, proof that if you wait too long politicians will fill the void with truly awful legislation.

There’s another threat beyond bad local laws: TFRs. In an effort to deter drones, these may pop up even more often as a sort of catch all prohibition. It’s a blunt instrument, but it’s the only existing option for big events. And remember, all the fancy FAA rules are for commercial operations; those for hobbyists are pretty limited.

I spend a lot of time flying below 1000 ft, so I am not excited about hitting a quadcopter. And people who fly drones around wildfires during a TFR are flat out stupid; they deserve no sympathy. But nobody stops flying because they might hit a bird one day, and we don’t need to paralyze our aviation industry because of an overblown drone threat either.

For now, there are plenty of other things we can do to improve aviation safety. Want to panic? Read Dick Collins’s latest article about the accident rate. That’s why I’m headed out to practice slow flight.

The helicopter does not know the wind is blowing!
Scroll to top