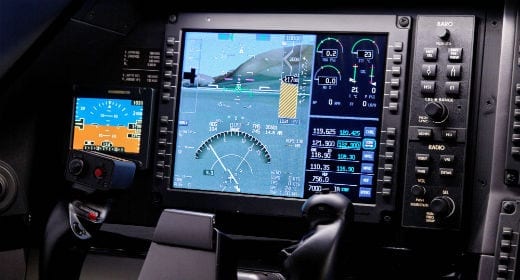 Freedom or security. Ketchup or mustard. Life is filled with supposedly difficult decisions that aren’t really decisions at all. Most thoughtful citizens realize that leaders can balance freedom and security; baseball fans know hot dogs can accommodate both ketchup and mustard.

Pilots face the same false choice when it comes to technology. Self-appointed protectors of aviation scoff at every new advance in avionics, sure that more fancy electronics always come at the expense of stick and rudder skills. Spend five minutes on an aviation website and you’re sure to read something to the effect of, “That autopilot will make you a bad pilot,” or “I’d rather have needle, ball and airspeed than all that glass cockpit stuff.” It’s a silly ritual, but it always gets approving comments from the peanut gallery. The faster technology moves, the louder the Luddites shout.

Even the NTSB, who should know better, has fanned the flames. A widely-cited 2010 study showed that glass cockpit airplanes had a lower total accident rate but a higher fatal accident rate than similar airplanes with analog instruments. This finding was instantly seized upon as proof that we had all been duped, that new technology had actually made flying more dangerous.

But read beyond the headline and the NTSB admits that, “Accidents involving glass cockpit aircraft were more likely to be associated with personal/business flights, longer flights, instrument flight plans, and single-pilot operations.” That seems like a fairly important difference: if the average steam gauge Cessna 172 is flying in the traffic pattern with a CFI on board and the average G1000-equipped 172 is flying cross-country IFR, it’s not surprising that the fatal accident rate might be different – the exposure is vastly higher in the latter case. Avionics are only a small part of the issue. (In any case, the recent drop in the fatal accident rate of Cirrus SR22s would seem to suggest that the NTSB’s study needs an update.)

A revealing study or a flawed methodology?

Skepticism about new technology is nothing new, and is more a natural human reaction to change than a well thought out critique. Many of these complaints have a “I used to walk uphill both ways” quality to them: the so-called right way to fly depends on how (and when) you learned to fly. If you learned in a Cessna 152 with steam gauges and a single NAV/COM radio, that must be the best way to do it. Anything else is cheating.

It brings to mind a quote by 19th century French politician François Arago, who offered this jewel when trains were first being used by the military: “transport by railroad car would result in the emasculation of our troops and would deprive them of the option of the great marches which have played such an important role in the triumph of our armies.” In other words, trains are for sissies – just like glass cockpits.

Beyond the knee jerk reaction against change, critics of new technology make two fundamental mistakes: they view life as a zero sum game, and they put equal value on all skills.

The first mistake rests on an alluring, but ultimately erroneous, line of thinking: more technology means less hand flying skills. If one goes up, the other must go down. But there’s no reason pilots can’t enjoy both the latest advances in technology and sharp flying skills. Certainly it may demand a new approach to training or updated checklist procedures, but a good autopilot should not automatically make us all video game players – just like a TV in the living room should not automatically make us all gain weight. We simply have to adapt our habits as technology changes.

Glass cockpits can fail, but gyros aren’t exactly bulletproof either.

Even if more technology does dull the skills of pilots to some extent, it still may be a tradeoff worth making. Take a common criticism of glass cockpits: what if the panel goes dark? Well for a start, that’s a pretty rare event. Yes, it can happen, but you’re a lot less likely to lose your solid state AHRS with a G1000 than the spinning gyro that drives the vaunted steam gauge panel. The same can be said of autopilots – while not perfect, they have saved far more lives than they have taken.

Look at the airlines for a striking example. The headlines scream about a few recent crashes that have been caused by less than stellar airmanship (Air France, Asiana, etc.). But these naysayers neglect to mention the dozens of crashes that have been prevented by advanced autopilots, terrain warning systems, flight management computers and all the other marvels of modern avionics. Controlled flight into terrain (CFIT) accidents in the airline world have basically vanished thanks to technology. It’s much like concerns about automotive airbags – while the few fatalities caused by airbags are tragic, they are dwarfed by the lives that have been saved.

Nobody seems to be panicked about our degraded telegraph skills.

The second mistake is to suggest that all skills have the same value. This is obviously false; in reality, it’s just fine if some skills atrophy. For example, the invention of the telephone quickly killed most people’s telegraph skills, but our society seems to be getting along just fine with that change. The same could be said of NDB approaches and hand-propping engines – both are fun parlor tricks, but they serve no practical value for student pilots in 2015. (Yes, I know GPSs can quit, but how many of you keep a telegraph around “just in case” your computer and phone quit?)

There are other skills, those that pilots depend on regardless of new technology, that are much more important. These are the skills we should focus on maintaining: crosswind landings, basic attitude flying and precise airspeed control. But it’s hard to stay sharp if we’re trying to remember how to use slide rules and obsolete avionics at the same time.

That’s part of the problem: the obsession with learning every arcane detail of aviation can be fun, but it has a serious cost. Too many pilots focus on memorizing useless information simply because, “you need to know it all.” But when such trivia prevents us from learning how to use new technology to the fullest, or from maintaining critical stick and rudder proficiency, we’re less safe.

So quit carping about new avionics, and quit lamenting the end of dead reckoning. Technology is changing, whether we want it to or not. Our efforts are better spent adapting to this new world than laying down on the tracks to stop it. Done the right way, aviation will continue to get safer and safer.

I, for one, will take every electronic aid I can get. But that doesn’t mean I won’t click the red button and hand fly an ILS once in awhile.

My encounter with a thunder cloud
Scroll to top