Blog - Latest News
You are here: Home1 / Article Archive2 / John's blog3 / Part of the team – what it means to be a pilot 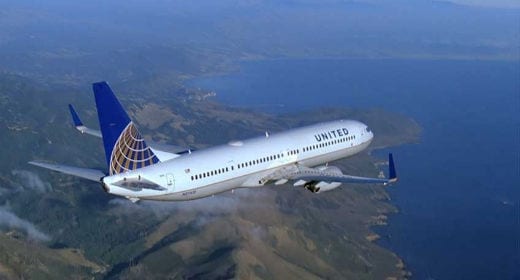 Sometimes it’s the normal flights, not the exciting ones, that make you reflect on what it means to be a pilot. On a recent trip, I was headed westbound from New York in perfect weather when the contemplative mood struck. Maybe it was the smooth ride or maybe it was my favorite pilot in the other seat (my dad). But I think it had more to do with the fact that we were passing the COLNS intersection–named after our very own Editor Emeritus Richard Collins.

It made me think of how many times Collins himself has probably flown over that intersection in his P210, not to mention all the airline captains and Air Force fighter jocks blowing by at Mach 0.83. That’s when it hit me: there is no such thing as “professional pilot airspace,” where amateurs are separated from the gods. Here we were, just another blip on the controller’s screen, keeping up with the machine gun communications and staying on course. It felt good to be anonymous, just part of the system.

This isn’t mere hero worship. In fact, it’s one of the great pleasures of being a pilot–we get to play on the same field as the greats. Very few sandlot baseball players get to pitch at Fenway Park, but as brand new private pilots we can fly from Washington Dulles to New York LaGuardia in a 172. I won’t wax poetic about the brotherhood of aviators, but there’s no doubt that, upon passing the checkride, we are instantly admitted to the big leagues. That’s an honor we shouldn’t take lightly.

It means we have to work at our craft, especially as instrument pilots. We have to stay sharp with our communications skills, using just enough words to be clear, but no more. We have to study and understand weather so we can make small adjustments en route, not wait until we’re backed into a corner. We have to be proficient at flying different airspeeds, so ATC can request “slow to approach speed” or “max forward speed” without hesitation. We owe it to all the other pilots and controllers–not to mention our passengers–to bring our best every time we fly.

When this system works, it’s a wonderful feeling.

All of us can probably remember a time when our team, whether a musical group or a baseball club, was “in the zone.” I can vividly remember playing in a football game in high school like this. Everything just clicked that day–nobody talked in the huddle because nobody needed to. Everyone was functioning flawlessly, doing their job as part of the team’s plan. It was exhilarating to be in that environment.

That’s the way it was this day on Washington Center frequency. There was no drama. Nobody was looking for special attention, because everyone on the frequency knew their role and was playing it. Airliners were flying complicated RNAV arrival procedures without complaint, hitting the right altitudes at the right time and the right speed. General aviation pilots were flying with the same professionalism as the airlines, handling re-routes and descent clearances with ease. A Cirrus pilot checked on with a six second pilot report that was both efficient and incredibly helpful. It’s hard to call dozens of airplanes passing each other at 400 knots boring, but it really was. That’s a testament to the people and the system.

Mixing it up with the big boys – our right and privilege as private pilots.

Passing COLNS, my dad and I played our favorite game: how much of a shortcut can we negotiate with ATC? Ask a busy New York controller for direct and you’re liable to get sent to the penalty box, so we didn’t try. Knowing that we were only 50 miles from Indianapolis Center (a friendly bunch), we decided to wait until the handoff, since it was probably their call anyway. Our strategy worked–cleared direct destination–and the controller even remarked, “I was just about to ask if you wanted that.” Like a pitcher and catcher on the same page, everyone does better when you know what to expect.

Being part of the team also means knowing when to pull the right tool out of the bag. As we approached our destination, it became clear that we had to simultaneously slow down for an Army Blackhawk helicopter shooting an ILS approach, while somehow staying ahead of a Gulfstream doing 200 knots. With the airport in sight, we simply requested the visual approach to another runway, solving both problems without anyone having to change their plans–it even cut down our taxi time. Another small move, one that’s made dozens of times per day. We didn’t win an award, but the quick “thanks for the help” from the tower controller meant a lot more.

This was a routine flight, from point A to point B with no significant weather or abnormal events. But that didn’t make it any less satisfying. We had flown from Cincinnati to New York and back in the same day, all while mixing it up with the real pros–and we felt like we belonged.

In the classic 1988 movie Bull Durham, Kevin Costner teaches his young protege the essential cliches for an athlete to learn, including this snoozer: “I’m just happy to be here. Hope I can help the ballclub.”

While it’s fun to joke about being the world’s greatest pilot, the truth is that I’m just happy to be here. I hope I can help the team.

It sure is quiet at my airport
Scroll to top