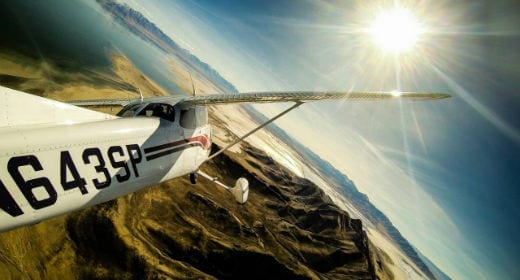 A few weeks ago, I made the comment that “general aviation isn’t dying, it’s just changing.” Soon after, a reader wrote me to ask if I really meant that. Isn’t GA in intensive care right now, just another avgas price increase away from death?

While there’s no doubt the industry is weak (yes, my eyes are open), I think it’s going overboard to say we’re doomed. Much like the US economy as a whole, general aviation is going through a major transition–one we’ve probably put off for too long. The legacy of the 1970s and early 1980s aviation boom is finally starting to fade, and aviation companies are confronting a new reality. This new reality includes a smaller, more niche market and some fundamental technological changes.

Transitions like this have always been challenging, from the automobile replacing horse-drawn carriages to robots replacing manual labor assembly lines. But with smart decisions and good leadership, transitions can also lay the groundwork for a stronger future. Whether you call it new growth after a forest fire or creative destruction, it’s a necessary process.

So what does general aviation need to make it through this time of change? Better politicians and good luck would help a lot. But since we can’t control those things, it’s best to focus on more practical concerns. Here are five areas that need attention:

Aviation’s unofficial leaders set the agenda for the average pilot.

Five years ago, general aviation was packed with charismatic, well-known leaders, including Phil Boyer at AOPA, Tom Poberezny at EAA, Jack Pelton at Cessna and Alan Klapmeier at Cirrus. While none of these men were perfect, they did offer positive, compelling visions of general aviation’s future. Whether it was championing GPS, creating the Light Sport Aircraft market or pushing the envelope on aircraft design, these leaders knew what pilots wanted and worked to deliver it.

Today all four of those leaders are gone or in new places, and many of their previous roles are in flux: AOPA and EAA are looking for new leaders, while Cessna and Cirrus have chosen more operations-focused executives. Businesses have to do what they have to do, and there’s no doubt that brutal business conditions may dictate a different style of leadership. But many pilots take their cues from the unofficial leaders in aviation, and right now, there isn’t much of a unified voice to help pilots navigate the dizzying changes ahead. Pilots are looking for inspiration, or at the very least hope. Current industry leaders need to offer that.

2. A new approach to certification.

There’s a lot of talk about reforming the Part 23 certification process that seems hopelessly broken. That’s a good start, since the rules’ main effect seems to be to discourage any new airplane designs. But we need a more fundamental review of the whole idea of certification, including type certificates, production certificates and aftermarket STCs. And we need to consider not just airframes, but engines and avionics as well–look at the spread between portable and certified avionics for a glaring example of just how bad things have gotten.

The core question is this: how much safety is enough? Since 100% safety is impossible to achieve, some tradeoff between utility/cost and safety is always required. And since the FAA’s only focus is safety, it’s natural that certification has become more complex and demanding. Now it’s time for industry to pull on the other end of this rope and emphasize the costs of pursuing impossibly high standards. As the Part 23 ARC group has pointed out, a simpler certification process that encourages the rapid adoption of new safety features can both reduce costs and improve safety. This won’t happen overnight, but a cultural change is needed.

Remember when 100LL was that price? It’s not coming back.

Avgas isn’t going away next month or next year (don’t believe the doomsday scenarios). But it’s also foolish to ignore the overwhelming evidence that 100LL will eventually be history–piston airplanes are the last machines left that use this boutique fuel. Obviously, changing something as fundamental as the type of fuel used in airplanes is sure to be a long, difficult process, but the current situation is both confusing and discouraging for the average pilot. Is the future Jet A or high octane unleaded gasoline (or neither)? Will engine modifications be required? Will performance be lost? Should I buy a new airplane now or wait to see what happens? Who’s in charge anyway?

Engine companies, airframe manufacturers and association leaders need to clearly communicate what the plan is for the next 5 and 10 years when it comes to avgas. If that plan involves difficult choices and big expenses for owners, they need to be up front about that. Fuel is one of those critical transition points that could make or break general aviation. Done well, we could end up with a more readily-available, less expensive replacement (look at Jet A  or Mogas prices vs. 100LL right now). Done poorly, this transition could permanently ground a large chunk of airplanes overnight.

Pilots are not convinced that NextGen benefits them.

Talk about a transition–the FAA’s massive program to replace the current ground-based radar system with a new national airspace system driven by ADS-B is one of the most sweeping, expensive infrastructure projects ever undertaken. But just like the debate about avgas, there’s a startling lack of clarity when it comes to NextGen. The FAA deserves a lot of blame here, as they’ve combined a number of seemingly separate programs under the NextGen name without telling pilots what it all means. The program is also years behind schedule and billions of dollars over budget, which only adds to the sense of confusion. NextGen shouldn’t be abandoned, but it should be slimmed down dramatically and its core message clarified.

Pilots are at least starting to learn about the technology, with the soaring popularity of portable receivers for ADS-B weather. But many are still skeptical of the FAA’s motivations, unclear on what is required and unconvinced that it will be worth it. The history of GPS and WAAS proves that pilots will spend money to upgrade avionics if there’s an easy-to-understand benefit for doing so. That case has not been made–not even close–for NextGen.

It’s not all about industry leaders or the FAA–this final issue is on us as pilots. Sometimes our greatest enemy is our own attitude, as complaining and negative thinking become self-fulfilling prophecies. Charles Lindbergh certainly would not have crossed the Atlantic if he had focused on how long his odds were, but that seems to be the approach that some pilots take toward our current problems. That doesn’t mean we should naively ignore the challenges we face, but it does mean we shouldn’t dwell on them. There are good things happening in aviation today (here’s my short list).

We also need to reconsider our attitude towards those rarest of people–new pilots. To put it bluntly, we need to get over ourselves. Instead of acting like a fraternity where pledges have to prove themselves, we should act like a family where everyone is welcomed as they are. Earning a pilot’s license is a great accomplishment, but that does not give us the right to look down on others.

What do you think? Can any of this be achieved? What’s on your list? Add your comment below.

The weight – and the balance
Scroll to top