Blog - Latest News
You are here: Home1 / Article Archive2 / I was there3 / Spelling relief 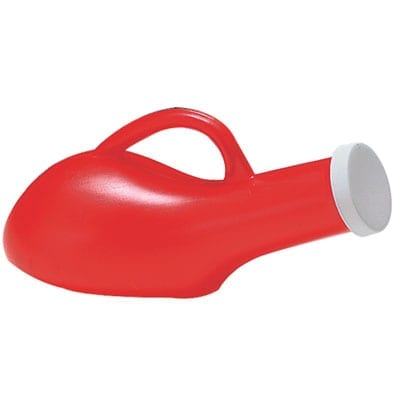 The Curtiss NC-4: long legs, but where’s the lav?

People complain about my lack of… endurance. Oh sure, some of them know that I regularly force my bloated frame to cover nearly 4 miles in running shoes every other day, which must count for something, yet they don’t know that halfway through, deep inside a patch of wild foliage and carefully positioned from view, I stop to twist a kidney. Every time.

Turns out, I’m not the only pilot with a bladder of clay. For as long as airplanes have been able to sustain vast distances, they’ve been flown by people who can’t. Take, for example, the crew of the Curtiss NC-4, which became the first airplane to cross the Atlantic. Knowing full well that the huge flying boat did not come with a head, the crew brought along a few weather balloons as substitutes. There also being no radio beacons at the time, the NC-4’s route was laid out by a line of destroyers anchored from the mainland to the Azores. The airplane’s crew had already taken turns and filled one weather balloon, when the first destroyer radioed a request for a souvenir of that historic occasion. The crew set up for a bomb run and plopped the balloon squarely on the deck, showering the ship and eliminating further such requests for the rest of the flight.

In truth, we’re all pretty much bombarded constantly by our bladders—five to nine times a day, according to Dr. Harvey Wichman of the Aerospace Psychology Laboratory in California. According to Wichman—also a CFI—the average bladder holds just one-third of a quart. When it grows only one-fifth full, we start to feel the urge. The urge to purge. And when it approaches two-thirds max capacity, a dastardly process begins called the Micturition Reflex. “It’s the feeling that you suddenly have to go that builds and builds,” the doc said. “Then it relaxes and the intensity passes, then the reflex comes again, and it keeps coming in waves. Each time your brain comes in and overrides the Micturition Reflex. It can over-ride it until you experience five times the pressure of that first reflex, then…there’s nothing you can do about it.”

If that weren’t enough, the good doctor added that all these pressures and waves and reflexes triggers the Yerkes-Dodson Law, which states that performance is an optimum function of arousal. Translated into pilot English, Wichman said, “A highly stretched bladder produces arousal, and in a pilot such activities as landing and taking off also produce arousal.” Pilot summation: In an airplane, the urge to purge is the road to ruin.

Okay, so here comes the advice: Lay off the caffeine, which is a diuretic, forcing you to eliminate more fluid than you take on. And then there’s gum. While you’re chomping at a wad you’re swallowing saliva, which is just so much extra fluid to your kidneys. So toss the Beeman’s, Chuck. In fact, excitement alone can start your kidneys working overtime, and in no time you’ve worked your urinary tract into a downward spiral. To break the biological tailspin, “Take a deep breath, relax, and tell yourself to stay calm,” Dr. Wichman said.

The famous red bottle–not graceful, but priceless when needed.

But if you’ve ever scrolled or thumbed through Sporty’s Pilot Shop catalog, you know there are other, pragmatic solutions. And so I used my influence as a journalist to get free samples of a few of their products: The Little John, a plastic, gourd-shape, screw-capped receptacle, colored red for quick recognition and retrieval—or at least that’s my theory; the Lady J Adapter, a sky-blue attachment that resembles an oxygen mask and that converts the Little John from a male to female use (“Actually lets woman get relief while standing!” it says on the side); and three shiny Convenience Bags, each with a block of absorptive material inside. “For motion sickness and urine disposal…no ties, no strings, no mess,” it says. Though my stringent journalistic ethics prevents me from accepting these items as gifts, the Sporty’s folks insisted I keep everything just this once.

Now I had more receptacles than the weakest bladder brimming with a two-liter bottle of Diet Coke could handle alone, so I asked a pal and pilot, whom we’ll call “Bob” (that’s his name after all) to fly along. After slamming down Styrofoam cup after Styrofoam cup of the FBO’s free coffee-color mud, and slurping at the water fountain on the way out the door, we squeezed inside the smallest airplane that could hold us both, a Cessna 152, and crammed our gear in whatever free spaces were left after we buckled in. We took off and pointed the nose to the eastern end of Long Island Sound, once the flight-test area for Sikorsky and Republic, and now us. I assigned myself to the Convenience Bags, and handed the John and Lady J to Bob. “How am I supposed to use this?” he asked, covering his mouth with the Lady J’s business end.

“You’re not,” I replied, staring down at the Sound for inspiration. “So, do you feel anything yet?”

“I think so. Don’t look.” While I uncomfortably scanned the instruments and checked for traffic on my left and otherwise stared straight ahead and tried to not pay attention, Bob seemed to realize that he couldn’t just sit there to perform the experiment. Unbuckling  his seatbelt he attempted to stand, but he ended up with the back of his neck flush against the cockpit ceiling. He looked like a chubby question mark, maybe something you’d see in a children’s alphabet book. While he maneuvered into position, the nose swayed laterally.

“Uh, could you try to keep your feet away from the rudder pedals?”

“Sorry. This is very, very difficult.” His voice was strained.

“Maybe I should have done a couple of clearing turns.”

“All done,” he pronounced, screwing the cap back on the Little John and swishing the contents around rather proudly.

“It’s harder than it looks.”

I swung the Cessna back west and took a deep breath and handed the controls over to Bob. Leaving my left arm hooked inside the shoulder harness in a delusional nod toward  safety, I unbuckled the seatbelt and forced myself off the seat and into the Official Bob Question Mark Pose. It was cold and I had on a couple of layers of thermal underwear beneath my jeans, and as I attacked those Bob began whistling “Off we go into the wild blue yonder…” With my goal in hand, I held the Convenience Bag’s ample opening in position and…nothing. My bladder had become embarrassed.

“Think about Niagara Falls,” Bob suggested. So I forced visions of waterfalls and the mighty rivers into my brain’s eye view, and of thunderstorms and tropical deluges and of faucets spewing forth gallon after gallon. But no. I had morphed into Charles the Iron Bladder, Duke of Lindbergh, the man who bravely flew from New York to Paris in 33 hours with nary a pit stop.

Following a mere trickle, I grew frustrated and returned to my seat. The Bag’s absorbent material sponged up its sparse libation and surreptitiously I leaned it carefully against Bob’s seat, personal insurance against any turbulence. (Only later did I learn that the Bag’s opening acted as a check valve.) Bob flew us back to the airport, and during the inflight debrief we concluded that the fault lay not in the equipment we were testing—and certainly not in the equipment we were testing it with—but rather in the equipment we were testing it in. The 152 was so cramped that we had to take turns breathing, but given the relative spaciousness of your average 172, Archer, Bonanza, Mirage, etc., we were positive that our experiment would have resulted in a more dynamic flow rate. Also, there’s no way a real man can urinate scrunched up like a question mark. To do our business we would have to stretch out.

After we tied down Bob said, “You want this?” offering me the Little John, with its toxic contents trapped inside.

“It’s yours—and you can present the Lady J Adaptor to your wife with my compliments,” I said. “In fact, take my Convenience Bag, too. It’s slightly used, but…”

“I’ll pass,” he punned, albeit unintentionally.

The Great Debate: is the LSA rule a failure?
Scroll to top