Coping with the Winds of Change

It’s up to us to address the challenges of airports, the environment and the declining pilot population

Consider, for a moment, some of the drivers that enabled our nation to develop as a world power. From the time the pilgrims arrived at Plymouth to the present, the single most important driver was the human element, the spirit that has ignited every major achievement in our history.

Most everyone would agree that America is unique in this regard.

Consider, also, how this spirit was applied, and how it brought us to new levels of achievement, and commerce, and quality of life.

For evidence, look at the cities that were built along our rivers, the wagon trains that opened up the West, the railroads that connected our coasts, and the national highway system that enabled our society to branch out and develop communities all across America.

But let’s not forget one of the most important national assets, our airports, which dramatically raised the bar in that most important dimension–time.

Most people tend to look at airports as individual entities. But taken together as a network, they become a true national asset.

They are–and have been–as instrumental in the development of our country as the rivers, wagon trains, railroads and highways.

They have accelerated the development of our nation by shrinking the time it takes to move goods and people, which is one definition of progress.

Many people don’t see it that way, though. They fail to appreciate the value of airports.

Sadly and myopically, they see airports as sources of noise and pollution. They consider them risky, and they believe the land should be used in other ways.

I happen to be based at one of the more interesting airports in the world–Wichita Mid-Continent.

In addition to the usual features we have at the airport–like airline service, flight schools, FBOs, and hangars–Wichita is home to three aircraft manufacturers: Bombardier Learjet, Cessna and Hawker Beechcraft.

In the Wichita area, we also have Boeing, Spirit, Airbus, McConnell Air Force Base and hundreds of suppliers and service providers to support all those manufacturing, flight test and engineering operations.

Since the 1920s, more General Aviation aircraft have been built in Wichita than any other place on the planet, which is why it’s considered the Air Capital of the World.

And because everyone in Wichita recognizes the economic value of aviation and its residents are used to seeing aircraft flying overhead day and night, the airport gets great support from the community.

But Wichita represents only the favorable extreme; it’s not typical of most airports around the country.

So what can we do to make our airports more valued by the surrounding communities?

Frankly, that’s a big challenge, because most airports evolved without acceptability in mind. They grew over time, and had little control over subsequent housing and commercial encroachment.

So it’s up to the stakeholders–you and me–to make them more valued and more appreciated by surrounding communities.

So how do we do that?

A key to building perceived value in our airports is first defining the audiences that influence public opinion and public policy in our communities.

With those audiences, we must build the case by defining the messages that are most relevant and convincing.

The National Business Aviation Association and General Aviation Manufacturers Association have a joint website – NoplaneNogain.com — which defines the messages that are most compelling.

It’s also important to determine the channels of communication, whether they’re speeches to local groups, town hall meetings, one-on-one sessions with local government officials, or visits to schools. The best results would be achieved through a coordinated, collaborative campaign of several stakeholders.

The point is–we must all become, if we’re not already–ambassadors for our industry.

We must get out there and tell people about the value and quality of life we bring to our communities. It’s our job to make them aware of the benefits of aviation–that it saves lives, provides disaster relief, creates jobs, increases trade, and has significant economic impact.

It’s up to all of us to make our case–to tell these stories–if we are serious about adding perceived value to our airports and supporting the continued growth of our industry.

Collectively, we have an opportunity to pave the way for our industry–and the critical ingredient, airport value and appreciation–going forward.

The Coming of NextGen

This will become even more important as we move into the future with NextGen, and have to deal with more stringent environmental regulations, and as we strive to attract new pilots.

It’s very likely that when history looks back at this era, it will be remembered as a critical time in the growth of our industry. Why? Because of the magnitude of the issues we are dealing with right now and how effectively we tackle them.

NextGen, for instance, will be one of the most profound changes we’ll be seeing in our industry since the establishment of the VOR system. If done right, it will dramatically improve air traffic operations, performance and safety.

But airports must prepare for NextGen.

Many airports that currently do not have precision approaches are likely to get them with NextGen, so airport planners should be considering what that means to them. What it means is that they’ll have to take a new look at obstructions, both physical and electronic, around the airports. They’ll need to take a new look at how approaches may change, and what they have to do to keep them clear.

Airports–and our industry–will have other challenges to deal with in addition to their current slate, not the least of which is the environmental issue.

But the environmental challenges go far beyond lowering emissions. Aviation companies and entities must take a broader and more holistic view of how they impact the environment.

Aviation companies must look at every way they touch the environment, and explore what they can do to minimize their impact on it.

FAA forecasts that the number of student pilots nationwide will drop to a 10-year low of about 69,000 next year. That’s about a 30 percent decrease in a decade.

And Boeing’s Current Market Outlook projects that the airlines alone will need more than 466,000 pilots to operate new and replacement airliners over the next 20 years. The largest growth will take place outside the U.S., especially in the Asia-Pacific region.

This inevitable pilot shortage is a problem for all of us in aviation…and all of us should be part of the solution.

Fewer pilots equates to less business for all of us, and it threatens the strong, sustainable aviation system our nation has counted on for decades.

General aviation is the pipeline for flight instructors, airline and corporate pilots, and the plethora of other types of professional pilots.

A smaller pool of qualified pilots could prevent all these businesses from expanding. And, let’s be realistic… it could also mean lower training and experience requirements.

Gone are the days when the military was producing all the pilots the airlines could absorb, or when a broader GI Bill funded expansive flight training for veterans returning to civilian life.

Gone are the days when flying captured the excitement of young people.

Times are much different now.

Our industry competes with the tools of immediate gratification–the internet, video games, texting and tweeting… all those technologies that have made learning to fly less exciting and less appealing.

Because of this uphill battle, we must make learning to fly, and flying, more accessible, and that means more affordable.

The new light sport aircraft category is one way to do this. It’s not the total solution, but it’s a start.

We must also make being a pilot an attractive career choice by offering salaries and benefits that encourage the next generation to incur the cost it takes to get the necessary training.

Addressing these challenges of NextGen, the environment and the pilot population is much more easily said than done.

But that’s where the American spirit comes in.

These issues pale in comparison to those our forefathers had to deal with. We should look back to them for perspective and inspiration, because our achievements going forward will be as important, if not more important, than those behind us.

Just think of what the future holds for our industry.

Airplanes will get faster, quieter and more comfortable.

Vertical take-offs and landings will become widespread with the introduction of civil tilt rotors and new concept aircraft.

Engines will become quieter and eventually will run on hydrogen, or fuel cells, or electricity, or some other zero-emission fuel.

We’ll see the emergence of aircraft that incorporate smart skins–intelligent fibers imbedded in the wings, fuselage and components to serve a wide range of sensory functions.

And the continued miniaturization of computers will allow us to do things the most creative minds in the world can’t even imagine today.

So despite the challenges we face, there’s a world of excitement coming.

Dealing with Change, Together

No other country in the world has seen the rate of progress we have seen. Since we first stepped foot on Plymouth, achievement, risk-taking, and pioneering have been part of our DNA. It’s what sets us apart from the rest of the world.

We have always been a nation that passionately cherishes our freedom, and uses vision and technology to expand that freedom in many ways, whether it’s expansion across the continent… or into space.

But there’s a reality we must deal with that has been instrumental in the rise and fall of empires since the beginning of recorded history.

That reality is change. And how we deal with change will determine our future… as individuals, as an industry and as a nation.

Collaboration and communication are two valuable resources we should embrace as we pave the way to our future.

We must work together to make these things happen, and we must continue to tell the story about aviation and all the good things it brings to life across the nation and around the world. 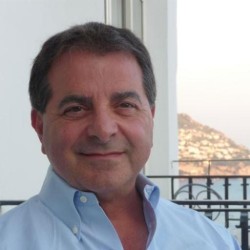